People at the Funeral Returned Fire

July 22, 2020
Fifteen people were wounded in a shooting at a Chicago funeral home Tuesday as the city reels from a recent surge in gun violence, authorities said.

Despite endless pandering, spending, appeasing and general refusal to accept racial realities, this is the behavior we're getting from the negro inferior. We're very close to fixing this vile burden, I'd be amazed if the coming reparations for jewish slavery isn't the magical solution to genetically preordained failure. We need to give the tar monster more shekels; the last several decades apparently don't count. The kosher biological weapons are definitely fully human, ask anyone.

Police initially said 14 people were injured in the shooting, but in an update on Wednesday morning said that an additional person had been wounded. The victims ranged in ages from 21 to 65, with most hospitalized in good condition.

Another negro mass shooting for the memory hole. Luckily (???) the inability of a nightmare creature to properly aim a "beam" combined with that extra skull thickness only leaves a massive burden for our medical heroes that you'll get the bill for.

People at the funeral returned fire before the car sped away and crashed, Carter said. The people in the car then fled in different directions.

Bubba Wallace hits the wall. Total tribal warfare described in bland prose by the Fraud News. We're all equal. Whites are bad. Race is just skin color. The jew was chosen by its desert idol. 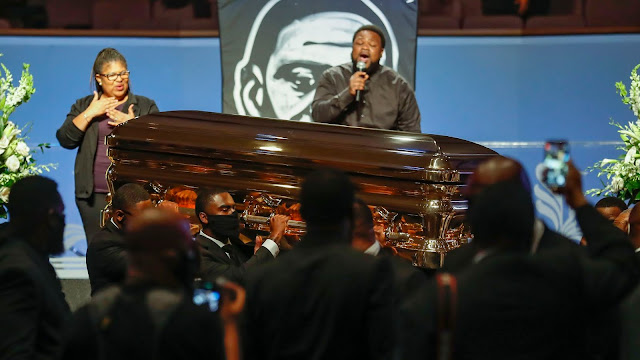 The death of a nation.

Carter didn’t say who the funeral was for, and a motive remained unclear.

Who even knows, right? This is a deeply obscure enigma worthy of Sherlock Holmes. Why were the niggas blasting? We may never know.

"Shot up everywhere, all over,” the neighbor said. “We thought it was a war out here."

The shooting occurred amid a spike in gun violence that has hit minority communities already struggling through the coronavirus pandemic.

It sure is strange how this staggering pathology always seems to happen to good little "minorities." It's really quite the coincidence. I mean, what are the odds? The dice of g*d must really hate the "African-American." I can't think of any other explanation.

At least 70 people were shot in the city over the weekend, and another 25 people were struck by gunfire Monday, according to NBC Chicago.
The "community policing" on "steroids" isn't working, I guess.

Tensions between authorities and protesters also escalated after they accused one another of violence during an effort to topple a Christopher Columbus statue Friday night.

A country ashamed of its origins has a bright future.

President Donald Trump injected himself into the fray by appearing to threaten to send federal agents to Chicago and other cities where he said “local pols are just fine with 50 days of anarchy.”

“Under no circumstances will I allow Donald Trump’s troops to come to Chicago and terrorize our residents,” Chicago Mayor Lori Lightfoot responded Tuesday.

America is dead, replaced by parallel societies and the coming Balkanization. A dyke alien yella is afraid of Trump's troops. It's all falling apart. Wear your bitch cloth, slave. 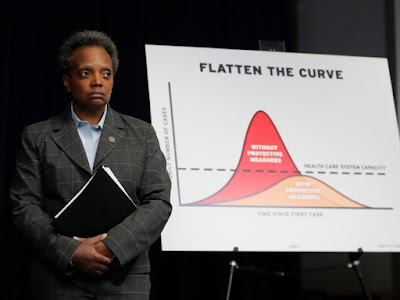