The Jew Behind the Rot

July 15, 2020
The last few months have not exactly been kind to the North American Kosher Economic Zone and one has to wonder if this was all just a big coincidence. As it turns out, this is the end game of a jewish scheme to destroy our countries that was carefully planned and skillfully implemented by the poisonous mushroom. While Whites slumbered, the enemy within never stopped. We were comfortable in our beds while the semitic termites were devouring the foundations: communism in our schools, endless attacks on the family and tradition, disastrous wars, profound spiritual sickness and the ultimate goal of replacing us with the brown slaves promised by their talmud. We're now seeing the final act: criminal negro slime as heroes, burning cities, put on a bitch-cloth to stop the "pandemic," calls for completely dismantling the remains of civilization and a senile pedophile Trojan Horse candidate to deliver the final death blow to the sham of democracy. I've been talking about this for a long time. Now it's here.

Meet the vile jewish scumbag behind the decline and fall. This worthless criminal parasite is your actual ruler, not the phony tough guy or the kid-sniffer. Here's millions of ill-gotten shekels to fund the imminent collapse. Does meekly submitting to this demonic evil finally prove that I'm not "racist?"

The billionaire's group announced Monday that $150 million of the investment will fund five-year grants to Black-led organizations that have a mission of racial equality.

The negro is an obvious inferior, a genetic alien that isn't human. The only way to create "equality" with this pathetic creature is to completely destroy the Whites of Vichy America.

Some of the grant recipients include Black Voters Matter, Circle for Justice Innovations, Repairers of the Breach and the Equal Justice Initiative, according to Open Society Foundations.

While you're working a terrible job you hate, driving long distances to avoid the "minority" malfunction, losing sleep to worry and trying to avoid conflict at all costs the jew is preparing another offensive.

“It is inspiring and powerful to experience this transformational moment in the racial justice movement,” Open Society Foundations’ President Patrick Gaspard said in a statement.

The transformation into a burning heap of rubble. The ultimate goal of the yid: ruling over dark slaves in moloch's smoking fire pits.

“We are honored to be able to carry on the vital work of fighting for rights, dignity, and equity for oppressed people the world over started by our founder and chair, George Soros.”

George Soros is a true hero of our time. Remember when words had actual meaning instead of being verbal flatulence from g*d's chosen?

The other $70 million has been earmarked for “more immediate efforts to advance racial justice.”

White genocide is the goal.

Money will be donated to aid local governments and organizations looking to boost local expertise in understanding and navigating municipal budgets as cities “reimagine public safety” and move “beyond the culture of criminalization and incarceration,” according to the foundation.

Behold the new kosher "reimagining" of public safety: creatures straight from a nightmare running wild while Whites are routinely arrested for Thought Crime or refusing to wear a slave rag. 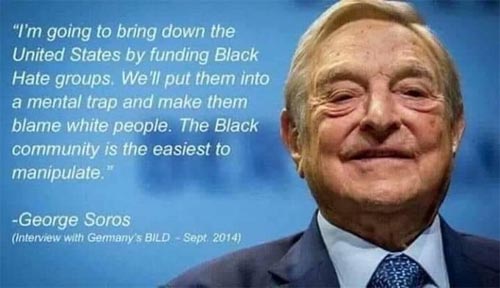 The jew is using its idiotic biological weapons against us.

“These investments will empower proven leaders in the Black community to reimagine policing, end mass incarceration, and eliminate the barriers to opportunity that have been the source of inequity for too long.”

You better go ahead and buy some guns while you still can.

There will also be money spent to help keep elections safe and secure during the coronavirus pandemic and to help fight voter suppression. 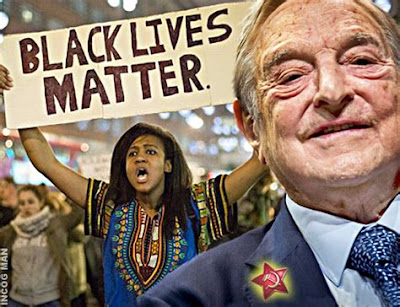