We Want the Truth

July 20, 2020
I've come up with a comprehensive program that is guaranteed to miracle the Jig-a-Boo-American into something resembling a human being at some distant future point long after we're all dead. We need reparations for the jewish slave trade, memorials to dead negro criminals, lots of gun control, midnight basketball, bizarre "community policing" efforts, mandatory prison sentences for even the mildest criticism of this failed alien race, shekels for the programs and a lot fewer Whites in everything. If we work it just right, we might be able to pretend to see improvement in these walking turds. It looks good, but maybe there's an alternative to this well-conceived witch's brew of kosher delusion? How about a boat back to The Mother, for example.

An evening dedicated to celebrating the life of a man who fell victim to gun violence two years ago Sunday turned tragic after three of his family members, including two preteen boys, were shot in Gresham.

We're pulling down those statues of abolitionists as fast as possible, but it was too late to prevent this comically inept display of the appalling content of their character. While living fossils gathered to mourn the time a gun gained sinister awareness and somehow jumped up and blasted a creature straight from a nightmare, it was time for another round of the evil gun smoking future criminals in the Chiraq all against all. You need to give up your rights before another worthless inferior gets popped by this inanimate evil.

At least four people were sitting outside a home in the 8200 block of South Ada Street — less than half a mile away from where the man, Kenshaw Youngblood, was shot on this day in 2018 — when someone opened fire from a vehicle around 4:30 p.m., according to Chicago police and a family member.

Wow, what an incredible coincidence. Honestly, what are the odds? This is truly an amazing story that strains credibility to the breaking point. The truth is a lot stranger than fiction. You could never make a movie out of this: no one would believe it was real.

The boys, 10 and 11, were both taken to Comer Children’s Hospital in good condition, Chicago police said. The 10-year-old was shot in the ankle and calf, while the 11-year-old was struck in the arm.

Pickaninnies get winged in an area that might as well be Liberia on American soil. The "hittahs" couldn't even bag the larva, I'm really worried about Civil War 2, let me tell you.

A 27-year-old man was shot in the leg and arm and taken to the University of Chicago Medical Center, where he was also in good condition, police said.

The final end game of the great experiment in self-rule: pulling bullets out of an alien scumbag.

The family was gathering at dusk for a candlelight vigil to celebrate the life of Youngblood, who was killed two years ago Sunday. He was 34.

This noble animal enjoyed sitting in cars, "sizzurp," Newport cigarettes and "chilling." Its demise is the greatest possible tragedy. 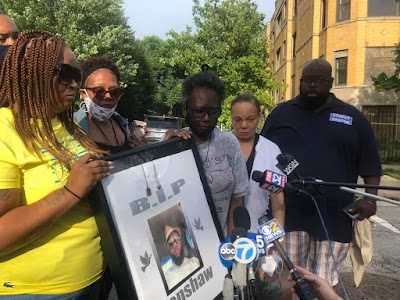 The death of a negro has a dignity all its own.

“My son was murdered two years ago today, and we were out here to celebrate my son and celebrate his life and here they come down the street,” Youngblood said.

Once we get rid of the "five oh" and erase the past this will probably stop, don't worry.

The boys are two of nine children who have been shot over the weekend as of 8 p.m. Sunday. At least 101 kids have been shot in Chicago since May 1, according to Chicago Sun-Times records.

Unfortunately that word now has no actual meaning, other than possibly "kill Whites."

"People feel like we want pity, but we don’t want pity we want the truth. Stop taking the lives of young brothers."

Let's give you the truth. The "African-American" is a failed branch of humanity that has foreign genetic material not found in actual humans. Their average I.Q. is 70. The jew uses these pathetic creatures as a biological weapon. The only sane solution is their removal.

No one is in custody as Area 2 detectives investigate. 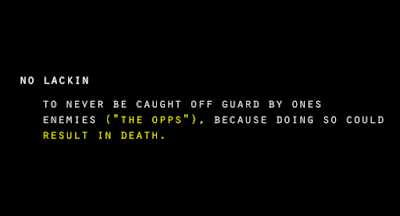