August 27, 2020
There's a predictable pattern to the low-effort semitic deceptions of our time, the jewish lies that rely on our declining national I.Q. and decades of successful demoralization. Start with the shocking inhumanity: an innocent and well-behaved negro brutally murdered by an irredeemably evil and "racist" system. Edit the footage for maximum outrage and minimum context, ascribe motives to individuals that you can't possibly prove (They hate "blacks!") and provoke riots from communist useful idiots and the "African-American" animal. Then everything burns. While this wanton destruction is occurring, the actual facts start to gradually come to light, despite the best efforts of the semitic octopus controlling our media, schools, corporations and government. The living fossil overdosed, it was reaching for a weapon inside the car, it wasn't really out for an innocent "jog," etc. Then it's a battle to ignore and downplay the actual reality of the situation while further encouraging the violent all against all that we're told is really a "mostly peaceful protest." If it starts to fizzle out because everything is ashes and all the Whites have fled, just start again in another city with another snow job. Continue as needed until communism is victorious in a totally corrupt election.

There's also a pattern for handling the appalling crimes regularly committed against Whites by the brown burden, but this one is much simpler: put it down the memory hole as quickly as possible.

A college student and her stepfather have been shot dead in an apparent road rage attack following a minor car crash.

The racial element will be ignored at all costs, but I'm sure you've already figured it out. Tapping bumpers with the nightmare creature leads to more forgotten victims in the endless kosher War on Whites. There will be no holograms, no gold coffins, no kneeling at the Liberia Ball, no speeches from our elected criminals, no lessons learned. There's only the silence of the grave. We are going to give these sacrifices on the bloodstained altar of "diversity" a voice. Every White person needs to know about this.

Ty Sheem Ha Sheem Walters III, was arrested and charged with murder after cops said he rear-ended Wall as the stepfather was turning into his daughter's driveway, and then killed Wall, Anderson, and injured one other person in a fit of rage.

I think we can safely say that something called Ty Sheem Ha Sheem Walters, Part Three has never added even the smallest positive value to a functioning civilization. This worthless inferior was given endless appeasement and rewarded this insane generosity with a senseless and sickening crime that initially wasn't even reported in the local news. This was just "road rage," I mean "driveway rage" and you really don't need to hear about it. Did you know an innocent and unarmed simian was executed by "racist" pigs in [insert next city targeted for destruction].

The vile creature who did this isn't human. Pretending otherwise is the delusion of our time. We can't share a country with a failed race of violent idiots. The only sane solution is deportation back to Wakanda. 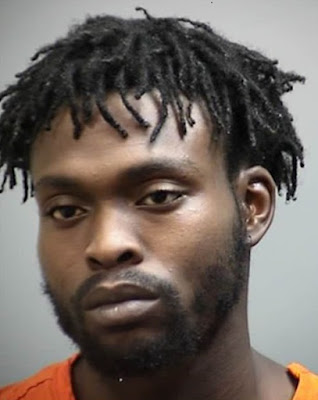 Look at all the obvious humanity.

According to family members and friends, Anderson had recently purchased a small home near the intersection of Indian Hut Road and Highmarket Street, and was excited to start her new adult life.

The American Dream dies, replaced by the waking nightmare created by our failure to resist the jew and its biological weapons.

At about 5pm on Monday, Wall was driving over to drop off a set of keys as Anderson waited in the front yard, Lambert said. Wall was turning into his daughter's driveway when someone rear-ended his car.


Police say that the other driver, Walters, then opened fire in a shooting rampage rather than exchanging insurance information and filing a simple police report about the minor fender bender.

You would think you'd just easily handle this minor collision, but instead it started shooting. It's almost like we've been lied to about how these things are equal and race is just "skin color."


According to the arrest warrants, Walters fired a gun at Wall and struck him at least twice, in the head and torso, while hitting Anderson at least one time in the head. Both the stepfather and stepdaughter were killed.

The content of their character. We need slavery reparations. After I saw what happened at Charlottesville I knew I had to save my country from evil "not-sees." We hold these truths, you know the thing. My dad could sure drive a car.

As cops approached the man, later identified as Walters, he ran into the woods in an attempt to escape. Police deployed K-9 units in a manhunt, and Walters was taken into custody a short time later.


The Jesse Owens act. Make sure you don't violate this monster's "civil rights." Fortunately, this innocent and heroic Person of Brown survived its interaction with the "racist" police and will continue making massive contributions to our multi-kulti toilet bowl.

I know it looks bad, but we need to figure out if there were any racial slurs or unacceptable political opinions, which would completely justify this mindless killing.

Walters stood silently in an orange inmate jumpsuit as the mother wept. His next court hearing is scheduled for late September.

This 70 I.Q. scumbag is better than you, according to the talmudvision and the Republican Party. 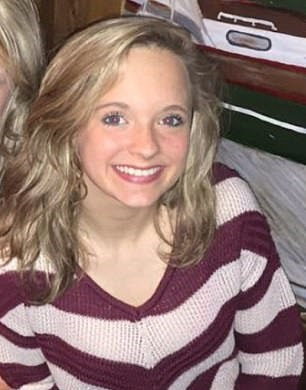