August 20, 2020
It wasn't that long ago that White women who feared for their safety and called the police were being vilified in national news stories. This grotesque semitic attack makes a lot more sense now, with open season on Whites being declared and sickening racially-motivated negro violence against the most vulnerable available targets occurring on a seemingly hourly basis. How absolutely dare you, "Karen," calling the "racist" police department because you were concerned for your safety. This hurt the delicate feeling of primitive animals with alien genetics. You need to put the phone down and die. Now everything is collapsing. The demoralization phase is over. The American Holodomor has begun.

Four teens, including a juvenile, have been arrested and charged in connection with the murder of a 17-year-old girl who was found dead in a car outside a Raleigh Bojangle’s last weekend.

We need to spread this story everywhere. This is reality, not the smiling half-breed hucksters on the electronic synagogue, not the totally innocent monster unable to breath, not the jewish libels against our people intended to encourage these horrific crimes.

Police said Tuesday night that three teens, Keyshara Michelle Deans, 19, Nezyiha Zamir Collins, 19, and Tyreek Qumay Rodgers, 18, were all arrested and charged with accessory after the fact to murder.

Nezyiha here is fully human and capable of adding massive value to our globalist bodega. Keyshara would have been promoted well above its feeble abilities if it wasn't for this whole pack attack murder unpleasantness. Tyreek gets extra points on the standardized test because we've gone insane as a nation. These soulless animals are the bright future of our economic zone.

Authorities were still looking for 17-year-old Devin Cordell Jones. A juvenile petition and secure custody order for the murder of Veronica Lee Baker were being sought for Jones. On Wednesday morning, the teen was taken into custody and charged with Baker’s murder.

The hunt is on for a nightmare monster that looks exactly like every other negro. Once caught, the full wrath of our "racist" justice system will be deployed, up to and including anger management classes and book reports.

Just after 8:15 p.m. Saturday, a caller reported finding a girl lying inside a car in the parking lot of the Bojangles’ at 3920 Jones Sausage Road.

“She’s not breathing. I tried to shake her and everything else. It’s just not, no response. No nothing,” said the caller, adding that the car was running with the lights on, doors open, and a set of keys inside.

Worst aid fails to save another sacrifice to the jewish moloch.

A second person heard on the call said  the car has been the parking lot for some time, but they initially didn’t realize something was wrong.

A pack of tar monsters killing someone can easily be ignored, especially when I don't want to be called mean names by the merchant who sold us this worthless burden or get arrested for calling the "five oh" under the new "Karen" laws.

“I went on lunch. I went on my break a minutes ago, sir, and when I came back the door was open. I didn’t pay no attention,” the person said.

I ain no standin armee, mudda fudda. What yew wann, it be muh lunch-timin an sheeet.

Friends and neighbors described Baker as sweet and lovely. They said she had her whole life ahead of her. Baker graduated from Garner Magnet High School in June.

There will be no gold coffin, no multiple funerals, no speeches from elected criminals, no holograms, no signaling from mega-corporations, no congressional hearings on the pathology of the American negro. Every White person needs to know her name. It's up to us. It always was. 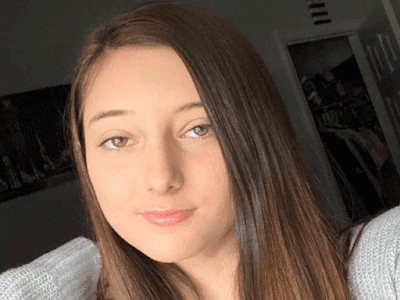