August 25, 2020
Three police officers who were shot while responding to a call Sunday night in Maryland were ambushed, authorities said.

If we've learned any lesson from the last few months of jew-authored afromania, it's the police are irredeemably "racist" and are the main thing holding us back from a Zimbabwe-style paradise. We just saw another innocent groid shot somewhere between Chiraq and Killwaukee. It didn't even have the common courtesy of dying and everything burned anyway. You're not allowed to punish the negro pathology in any way; we must let them run wild. If this message hasn't sunk in yet to you face-diaper wearing slaves maybe this story from Murdaland will help. "Mostly peaceful protestors" set a trap for the evil representatives of the rapidly collapsing vestiges of when Whites had at least some control of the country we built instead of being a hated holocaust goat for all the massive failings of our semitic globalist bazaar.

Eyyyyyy, eeeeetttt's liiiikkkkkkkkkke an assasseeeeeennnnnnnationnn, eyyyyeeee theeeeennnnnkkkkk. When Whites are gone, when hope is gone, the endless dark night begins. We committed suicide because we didn't want to be called names by alien criminals who worship an idol that devours children. Rest in power.

The officers were responding to a reported home invasion about 6:30 p.m. at an address in Hyattsville, about 32 miles southeast of Baltimore, police said.

Compared to the usual idiotic pathology, this is like a negro Manhattan Project. We bee callin dem pigs an den smoke dem mudda fuddas.

Two of the three officers shot were “saved” by their vests, Velez said. One officer was struck in the chest and had injuries to an arm and a leg. Another officer was shot in the back. The third officer was wounded in the foot.

It's pretty clear what the takeaway should be: we need even more militarization of our police force and many, many more brown dullards who can't pass a "racist" written exam. 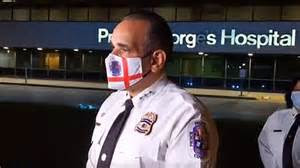 I was "saved" by my bitch-cloth.

The officers returned gunfire, and two men were in custody. The men were not injured, police said.

No names, no pictures, no mention of possible affiliations with Soros-funded domestic terror. It's really getting pathetic.


Velez also said the officers provided themselves with “self-care” after being shot, which allowed them to be transported to a hospital for further treatment. 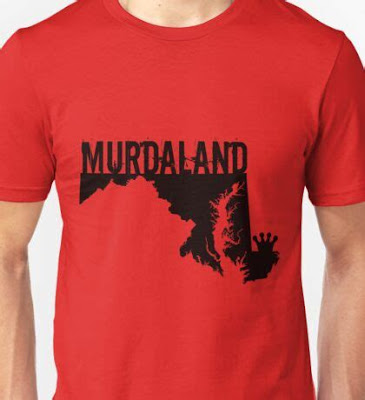