Reeling from a Crime Wave

August 31, 2020
A New York City man who was caught on camera allegedly attempting to rape a 25-year-old woman on an Upper East Side subway platform has been arrested, authorities said.

Welcome to the final days of Jew York. The largest city in America is completely destroyed by the semitic delusions of our time. Here's the next step: daylight public rapes by mud monsters while demoralized globalist bar codes impotently observe and the "racist" police eventually make an arrest after this incredibly brazen savagery. Soon those arrests are going to stop entirely. After all, it's "racist" to attempt to hold the people of brown to any sort of standard. Women are being sexually assaulted on subway platforms at high noon, the sort of crime that even your average Liberian might find a little shocking, but it's worth it to meekly bow down to the afromania moloch and the jewish demon behind it.

Detectives with the 23rd Precinct took Jose Reyes, a Bronx resident, into custody on Sunday at 12:29pm at the intersection of Lexington Avenue and East 105th Street in East Harlem.

Heckuva job, Brownie. Now the "racist" KKKort and the Soros-funded District Attorney are sure to severely punish this worthless alien. This negro and la-teen-oh mad science experiment, combining the worst qualities of both failed races of worthless sub-human inferiors, is our bright future. Look at all the humanity in this thing as it makes the "Eye dindu nuffin, eye juss bee rapin" face that's only possible with a 70 I.Q. and no soul. 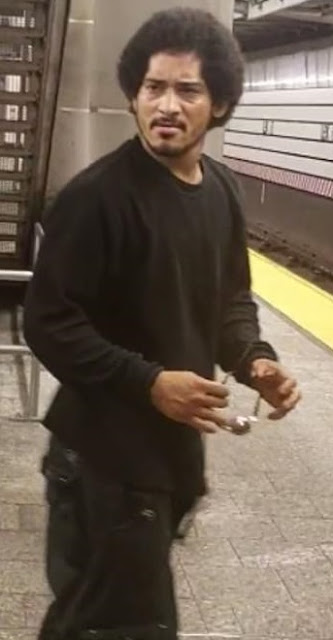 It seems more annoyed than concerned about any consequences.

We now have amazing technology that can somehow differentiate between the completely identical "diversity" cancer cells. The Neolithic nightmare meets the Space Age and they're totally compatible.

The horrific attack took place at the Q train subway station at Lexington Avenue and East 63 Street around 11am on Saturday.

The total collapse of the rule of law has not gone unnoticed by the very worst genetic aliens, obviously. Time to get those slavery/Gadsden purchase "re-ah-muh-ray-shuns" with a sickening attack. The silence from the "rape culture" leftists is deafening.


The woman said she was waiting for the train when the man, identified as Reyes, approached her and pushed her to the ground.


'The individual then climbed on top of the female and attempted to rape her, but he stopped when a crowd of bystanders formed,' New York Police said.

Notice that none of the Eloi actually intervened or anything. Still, here's a circle of future victims holding phones, better stop my undocumented romance. If I was there you'd be reading about another case of the negro bisector train.

The woman was reportedly heard screaming and bystanders yelled and shouted at the suspect to get off of her.

Come on Barkevious, cut it out! Well, I've done everything possible. Is there a limit to how far Whites will go to avoid conflict?

'Hey get off her,' a person yelled at the attacker in video of the incident.

Knock it off, man!

In a clip released by the NYPD, he finally got off her and shrugged as if he'd done nothing wrong, picked up his sunglasses off the ground, and walked away.

The mystery meat anti-soul. Whatever this thing is, it's definitely not human in any meaningful way.

Police were called to the scene and the assailant ran away.

New York City has been reeling from a crime wave this year that has forced the police department to increase weekend patrols citywide.

Wow, this is some serious bad luck. I doubt it has anything to do with the collapse of the basic structures protecting us from this sort of savagery, it's just a really unhappy coincidence.

Officials have linked the rise in crime to the pandemic, a surge in unemployment, civil unrest, and protests.

Make sure you wear your bitch-cloth, slave. Record high "African-American" unemployment. Mostly peaceful with some fires and murders. Juan, too, tree, fo, Western Civilization has got to go!

In Manhattan's Upper West Side residents have complained and threatened to sue the Mayor after homeless people were moved into three luxury hotels in the area to protect them from COVID-19.

I worked my entire pathetic life in this kosher rat's nest to afford some level of prosperity and then the "homeless" scumbags were brought into my neighborhood by dictatorial decree. Come on, buddy, stop raping her!

Residents of the upscale neighborhood complain that the move-in of the vagrants has brought with it increased crime, random violence, drugs, public urination and open prostitution. 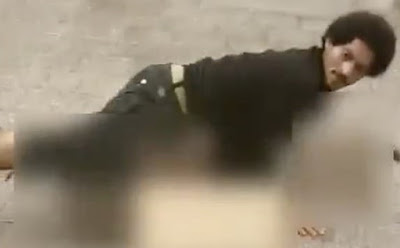