August 17, 2020
For unknown reasons which will have to be debated by our greatest philosophical minds, there has been a startling increase in the baseline of negro pathology following the afromania, the "defaund duh fave oh" and the general descent into a semitic Zimbabwe. This is truly a mystery wrapped up in enigma and obscurity, but if we can't discern the causes of the latest explosion of tribal warfare we can at least offer a solution: giving up your remaining rights. The "racist" Bill of Rights is, apparently, making brothers hostile and once you surrender some of your inherent rights in favor of meek submission to jewish evil we should see an immediate correction in the behavior of biological weapons destroying in the service of White genocide.

With gun violence in Philadelphia at epidemic levels, local organizations are joining forces to try to make a difference. Philadelphia police and other groups are holding a “Home Gun-Check Campaign” this weekend.

Wow, an epidemic. That must be even worse than the pandemic which has killed million of precious North American barcodes and left the rest of us wearing face diapers and goggles. There is no explanation for this jungle wilding, we certainly aren't going to reference the accelerating jew-authored decline and fall, instead it's time for the "po po" to come to your crib and take away the beam.

They’re asking people to go through their homes, locate guns they don’t want and turn them in with no questions asked.

This will definitely reduce crime. I learned tar monsters were raping in alarming numbers, so I cut off my own penis. Problem solved.

The high velocity projectiles judge the content of your character, not "the color of your skin."

Seven-year-old Zamar Jones was killed on Aug. 1. A 6-year-old girl was pierced by a stray bullet that was fired into a crowd less than a week later. And two more children were struck this past weekend.

You probably remember all the strident "Justice for Zamar!" protests, the statues of Maffin Luffah Kang June-Yah being pulled down and the congressional hearings on the spectacular failure of the "African-American" inferior. That or it got sent down the memory hole because it's not useful to the anti-White narrative, I forget what actually happened. Anyway, turn in your guns, shkotzim.

“Get those guns, run that room, see what’s in there. Find out what’s being hidden in your house. Take it out and turn it in,” City Councilmember Cindy Bass said.

“It must be stressed that community members who submit firearms will not be asked to produce identification. In addition, the submission of a firearm will not trigger an investigation of the person who relinquished it,” Philadelphia Police Commissioner Danielle Outlaw said.

Wow, how can I lose? I would be absolutely shocked if this doesn't work.


This isn’t a buyback program, organizers are simply hoping to appeal to your conscience.

We're going to appeal to the 70 I.Q. and anti-soul of the genetic alien. The only people who will participate are White cucks and future victims.


“You can possibly save their life and the lives of other people,” said Rev. Gregory Holsten with Janes Memorial United Methodist Church.

Amazing. First I saved lives by wearing a muzzle and protective eye-wear and now I saved even more lives by turning in the single shot .22 rifle I hunt pheasant with. I am the greatest living hero. I'd tell you more, but "teens" just kicked my door in. I'm sure I'll be fine once they learn I'm not "racist."


“You might be saving your child’s life because gun violence is as dangerous as coronavirus,” Councilmember Curtis Jones said.

You have a 99.75% chance of surviving getting zapped while sitting in a car, apparently. 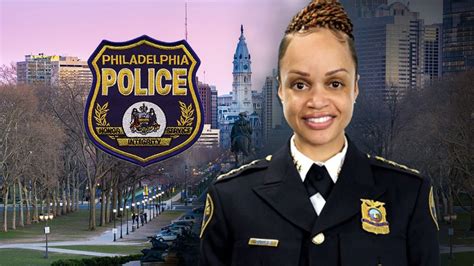