Sitting Inside of a Vehicle

August 03, 2020
The negro is definitely compatible with a complex modern White nation. The only reason it keeps failing to live up to the very modest and constantly eroding standards of civilized behavior is because of White "racism." We really have a lot of work to do and the last six decades don't count at all. Slavery reparations, disbanding the "five oh" and endless violence against Whites will be the magical kosher potion which transforms an obvious genetic alien inferior into something resembling an actual human being. We're very close to success, it's always darkest before the brilliant dawn of the mindless brown slaves promised by the talmud. You just have to believe. Also, put on these goggles, it's going to save lives.

At least nine people were killed, including a 9-year-old boy, and 27 others wounded in weekend gun violence across Chicago.

The content of their character. Truths, self-evident, you know the thing.

The first reported fatal shooting of the weekend occurred in the 900 block of North Cambridge at approximately 6:45 p.m. Friday. According to police, a 9-year-old boy was in a parking lot when an unknown attacker walked up and began firing shots.

One of the bullets struck the boy in the chest, and he was taken to Lurie Children’s Hospital, where he was pronounced dead.

You'll get the bill for this, don't worry.

Authorities are continuing to investigate the shooting, and no suspects are in custody.

I know, I was surprised, too. Once the "po-po" have less funding and fewer Whites I'd be absolutely amazed if we ever hear another "no arrests were made" capitulation following the appalling behavior of a dangerous inferior that needs to be removed.

The most recent fatality took place early Sunday morning, when two men were killed in the 2300 block of South Kolin Avenue at approximately 6 a.m., police said.

Authorities responding to a ShotSpotter notification at the location discovered two men sitting inside of a vehicle. Both men had sustained multiple gunshot wounds to their heads, according to police.

When it comes to sitting in the "whip" in Chiraq, there is no such thing as strength in numbers. Also, I guess the "drillahs" used armor-piercing rounds. 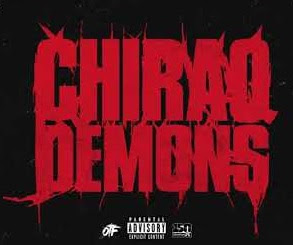 Both men were pronounced dead at the scene, and an investigation is underway. Area Four detectives say there are no suspects in custody at this time.

Our city has become a Liberian all against all, but on the other hand we haven't been called "racist" in several hours.

In another fatal shooting Sunday, a 38-year-old man was standing on a sidewalk in the 6400 block of South Green at approximately 12:40 p.m. when a person in a light-colored vehicle opened fire, striking him in the back and head.

The light-colored rizz-ide and its dark-colored contents.

Police say the man was pronounced dead at the scene. No suspects are in custody, and Area One detectives are investigating.

This is a new sentence, you didn't accidentally reread the previous paragraph, believe it or not.

Just six minutes later at a backyard party in the 100 block of North Laporte, at least five individuals were shot when two men walked up to the yard and began firing.

Wow, only minutes later? What are the odds? Astronomical, I bet. Time for a walk-by shooting at my fried chicken party. Shouldn't you be social distancing and wearing a welding shield over your face? Well, you're already dead, so I guess it doesn't matter.

Officers in the area heard the gunfire and placed two individuals into custody. At least one weapon was recovered, and the individuals are being questioned in connection with the shooting.

Hello, that sounded like the reports of a blunderbuss. I'm afraid our community policing on muscle-enhancing tonics must cease: we must recover the brace of pistols and question creatures from deepest, darkest Africa.

Another fatal shooting was reported at approximately 2:42 a.m. Saturday when Chicago police discovered a woman lying on a porch in the 4500 block of West West End. The woman, who has not been identified, was taken to Mount Sinai, where she was later pronounced dead.

Getting muh porch on gone wrong.

At approximately 5:25 a.m. Saturday, in the 6100 block of South Troy, a 44-year-old man was found lying on the ground after suffering a gunshot wound to his neck, according to police.

Hey, look what I found! It's a dead tar monster!

Paramedics were summoned to the scene, but the man was pronounced dead a short time later. Area One detectives are continuing to investigate the incident. 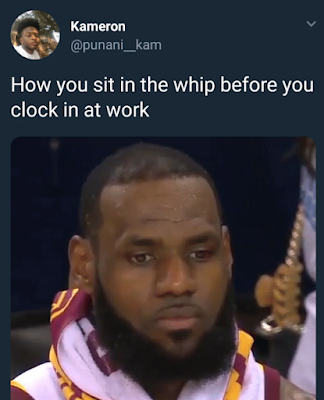