August 28, 2020
While his Presidency has been a massive disappointment on most fronts, I have to give Trump credit for not starting any new wars for the jew. Right now we could be trying to bring "freedom" in bomb-shaped care packages to Syria or explaining to an Iranian why pouring cement into your anus at a sodomite "chemsex" party is better than marriage and family, but we're not. This, combined with the phony tough guy still paying occasional lip-service to White America, is why he's still hated by the communists despite endless pathetic cuckold behavior. When are you dumb goyim going to die for our demonic tribe and its criminal ethnostate? I guess we'll have to wait at least a few more months, but in the meantime the American golem is clearly in a high state of readiness.

Members of the military community are outraged after a video on TikTok showed two uniformed female soldiers performing the choreographed 'WAP' dance that has gone viral.

You're probably wondering what a "WAP" dance is and assuming it resembles something that would not be out of place in a Victorian ballroom. Surprisingly, it's actually some sort of baboon mating ritual taken from negro garbage culture and generously shared with us by our good friend the traveling merchant. Speaking of our great ally, how come we haven't invaded Syria yet and taken down that animal Assad and his Donkey Kong barrel bombs? Did you know Russians were paying bounties for dead American soldiers? Then they took the babies out of incubators and threw them on the floor, etc.

Since rappers Cardi B and Megan Thee Stallion released their hit single 'WAP' two weeks ago, the song has been met with both criticism and praise after it debuted at No.1 on Billboard's Hot 100.

Popular culture in our globalist bazaar is a reeking open sewer. Maybe allowing the jew to infiltrate our institutions and grab power while we were staring blankly into the electronic synagogue wasn't the wisest course of action.

While many have heralded the song a sex-positive anthem, others have decried the lyrics as tasteless for its hyper-sexual nature and references genitalia.

While some praised the kosher message of feeding your stomach and genitals while your country dies, others feared Whites would see this profoundly ugly dark continent savagery and start waking up from the semitic coma of careerism and trying to avoid conflict at all costs.

For example, the song's name is an acronym for 'wet-a**-p****' and the phrase is repeated several times throughout the three-minute song.

It also sparked discussions about what expectations female soldiers are held to while in uniform and the apparent double standards that aren't used against male service members who reportedly do similar acts on TikTok.

If you want to invade and enslave us, now would be the time, China. Our media would probably call it "mostly peaceful tourism" and Trump would refuse to defend "Democrat-run cities" because letting your country burn to the ground is a sure-fire way to get votes in the corrupt racial headcount. 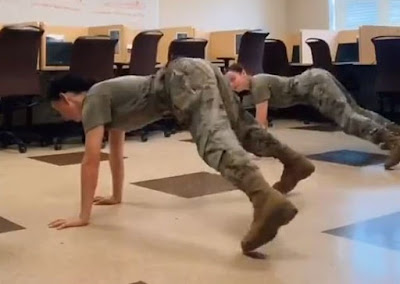 Now drop and give me degeneracy!

Shared by user Kamyrnvinson01, the video appears to show her and another female soldier dancing while 'WAP' blasts in the background.

Yeah, sure looks like it. On the other hand, you definitely don't want to get in the habit of believing your lying eyes. Now here's some footage of an unarmed and totally compliant family man being murdered by "racist" police.


But Military Times reports that it's not simply the song's lyrics in the video that have caused anger, but the perception that the female soldiers posted a 'thirst trap,' or a provocative image shared to social media that garners attention due to the person's attractiveness.

Three days in the Gobi desert would not generate enough "thirst" to make this vile sickness look like anything other than a sad reminder of how far we've fallen.

Others made hyperbolic statements that China, the country that created TikTok, had somehow emerged victorious.

I know, pretty outrageous. We're definitely the best country, what with our sodomite discos, mandrill in heat dance moves and face diapers.

'Women have no business serving in the military,' wrote Jesse Lee Peterson, a radio show host and pastor who once called President Trump 'The Great White Hope.'

A man who claimed to be a non-commissioned officer chastised the video as 'disgraceful to the uniform.'

I proudly served the interests of Tel Aviv criminals and global jewish plutocracy and this is disrespectful to the endless disastrous kosher quagmires which have devoured so many White victims.

'It is disgraceful to the uniform and inappropriate on all levels... but again, there are always the few that taint the image of the whole.'

Just a few bad apples. Everything is fine. 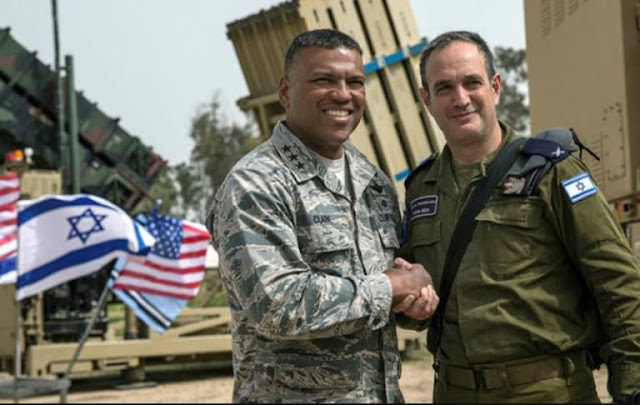 It sure feels good getting the brown slaves promised by our talmud.
American Golem Baboons Dead Gay Army Death of a Nation Garbage Culture Iran Kosher Con Game Spiritual Sickness Syria They Died for Nothing WAP