August 07, 2020
I would like to take this opportunity to welcome all the incoming freshmen to the communist indoctrination center! Sorry your senior year was ruined by our country going insane over the flu hoax and afromania, but the moving hand writes, etc. You have made a very wise decision by enrolling in this kosher demoralization factory. Your student loan debt can't be removed by bankruptcy, so don't get any clever ideas. The good news is you're going to learn valuable skills here, like "White Man Bad." Imagine how useful this semitic injection of self-hatred will prove when you're a deeply indebted and totally unemployable human derelict. Good luck, you're going to need it.

The University of Kentucky is putting more effort into addressing systemic racism amid the recent, and ongoing, Black Lives Matter movement, officials announced.

We're going to battle "systemic racism!" In unrelated news, we discriminate against Whites in admissions.

University leaders said two new initiatives will "speak to our research capacity to address the issue of systemic racism in ways that will unequivocally demonstrate that Black Lives Matter."

Wow, sounds pretty rigorous. This communist lunacy will scientifically prove the worth of a failed branch of humanity that carries alien genetics. Hypothesis: The dangerous inferior is full of value. Experiment: I watched the electronic synagogue while drooling into a bowl. Conclusion: Fear, cowardice and lies are our greatest strength.

According to UK, the first effort is the establishment of the proposed Commonwealth Institute for Black Studies -- a multidisciplinary program that will "highlight UK's growing research around issues of race and racism."

This program is no longer just imaginary classes to keep our dusky super athletes academically eligible to play Liberia Ball in front of debased cuckolds. This year it's going to be highly legitimate "Dem pinkies be the debil!" research along with the usual job of serving as a smokescreen for African Tree Hockey primitives.

The program will include a $250,000 investment that will help leverage additional investment needed to help the institute move forward.

Using this fiat counterfeit as toilet paper would be a much, much better investment, especially with "Lockdown Two" looming on the horizon. Be sure to wear your goggles, slave!

"The interdisciplinary institute will establish research clusters across the campus and promote UK’s growing research and scholarship on topics of importance in African history and African American history, such as slavery and the quest for freedom, racial discrimination and violence, and the long struggle for civil rights."

Here's a paragraph of pure drivel that doesn't contain even the slightest value. The jewish debt generator suffers diarrhea of the mouth and constipation of the brain. 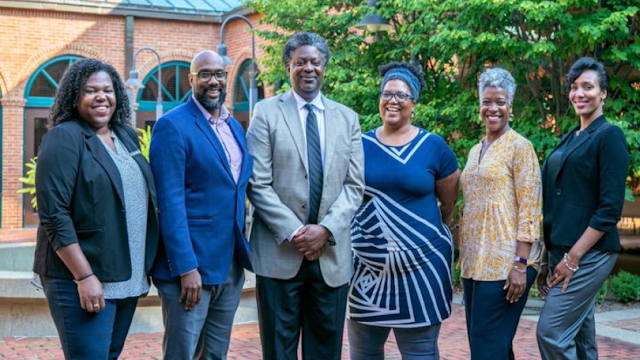 The other initiative by UK is a five-year, $10 million commitment to sponsor university research focused on racial disparities and inequity across broad areas, including health and the historical foundations of systemic racism.
Eight figures to examine the endless appeasement, cowardice, and sacrifices directed toward worthless inferiors. I would be shocked if this staggering waste doesn't solve "racism" once and for all.


"What we bring to the table is a world-class research institution with scholars and scientists who can work between and among disciplines to find answers to the most intractable of problems and what is fundamentally the issue that has simultaneously shaped and scarred a nation."

Remember when a University was a place of learning and progress toward a better future? Yeah, me neither.

According to UK, the initial focus of the research will be social and racial injustice, health disparities that are influenced by race, and promotion of health equity across races, ethnicity and gender.

"Duh Sickle Cell be Races" declares a prestigious academic body after pouring ten million shekels into the yawning chasm that is the "African-American." 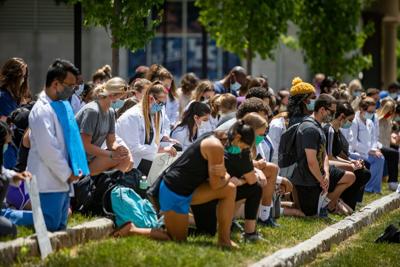