August 19, 2020
About a year ago, when America was still managing its psychosis with "meds" instead of being fed through a padded door like it is now, a White man was attacked at a State Fair by a pack of "teens." This appalling incident was described as "completely random" by the kosher media and quickly put down the memory hole. The victim died. Now, months later, we are going to get a rare update on a case of "wrong place and time" which definitely had no racial component whatsoever. As usual, we're also going to end up wishing we didn't get that update, because it's yet another case of White lives not mattering during the American Holodomor.

A 16-year-old charged with assault after a Mount Airy man died as a result of an incident at the Great Frederick Fair was sentenced to probation and anger management in court Wednesday.

What, no book report? We are told the KKKorts give much harsher sentences to the "African-American" burden for the exact same crimes. Here we see the reality. No prison time for brutally murdering a White man. We'll teach the primitive monster how to control that "anger." I would be absolutely shocked if this worthless creature doesn't become a model citizen in our globalist semitic bodega as a result of "count to ten" lessons from an unbelievably corrupt and inept system.

John Marvin Weed, 59, died after police say he was assaulted by 15- and 16-year-old brothers at the fair in September.

Another forgotten name to add to a memorial which will never be built. The ultimate goal is White genocide. The negro idiot is a jewish biological weapon deployed against us.

The 16-year-old pleaded guilty July 8 in Frederick County Circuit Court to one count of second-degree assault, which his attorney said was specifically for spitting on Weed.

Bludgeoning a pink person to death is now less serious than spitting, apparently. By all means kill the shkotzim, but try to keep your bloated lips shut while you're doing it. Thank g*d we now have bitch rags to control the nightmare animal facial leakages.

Judge Julie Solt closed the courtroom to the public, at the request of the defense, the release reads. The judge has the discretion to close the courtroom in juvenile hearings.

Yeah. We don't want anyone to witness this grotesque travesty. You might start asking questions.

The state and the victim’s family wanted the teen to be committed and placed in a juvenile treatment program, the release reads.

Wow, that's very progressive of you. I'm sure your dead relative would give you the thumbs up, if it were possible. How about a tree and rope? Am I the last sane White person left?

The 16-year-old’s attorney, Stacey Steinmetz, said that although her client and the state’s attorney’s office do not agree on the facts of the case, she believes the justice system worked.

Well, at least the jew is happy. The system worked. Negro killers are not going to see even a day in prison. It's just a matter of time before they do it again. I hope you're armed. The "racist" justice system is not going to avenge your horrible death at the hands of living fossils. 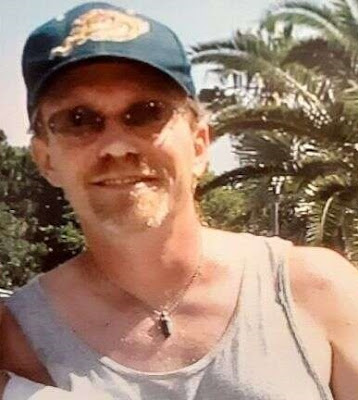 He didn't get four funerals or a gold coffin.

She was glad the case remained in juvenile court, despite the state’s attempts to move it to the adult system.

A fully physically mature evolutionary dead-end is clearly a "child" who should be allowed one or two free murders before we start to get a little more serious.

“I think the court’s done a good job in a very difficult situation,” she said.

My demonic tribe is happy with all the chaos and ruin we're causing.

If there were a trial, she said there would have been witnesses who said this was “not a completely unprovoked situation.”

To give some context, the groids wanted money and were told "no." Yes, this was clearly provoked. Wah bee muh slabery rep-ah-mah-ray-shuns, mudda fudda? Also, he was White and still alive, which is also very bad according to the synagogue in the living room and the publik skool.

“There were two sides to the story,” Steinmetz said.

This dead gentile hurt the brown paws with his face.

The 16-year-old reacted to something that he was told happened to his brother, she said, declining to elaborate further.

Well, I'm convinced. Clearly, this was a justifiable homicide. Turn the animals loose.

That being said, Steinmetz said her client is remorseful for what occurred and wants to put this behind him.

“We wish peace to Mr. Weed’s family,” Steinmetz said, also describing that family as acting with compassion and grace throughout the proceedings.

We truly are our own worst enemy. Take away White cowardice and appeasement and none of this would ever have been possible.

Conditions of the 16-year-old’s probation include, according to the state’s attorney spokesperson, participating in a victim awareness program to help juveniles understand the victims’ perspective.

We're going to explain to a 70 I.Q. inferior that being murdered hurts. We'll teach basic empathy to something that clearly is not human.

Steinmetz is confident he will meet the terms of probation. She said her client has shown over the past 300-some days that he is compliant and not dangerous.

This poorly-formed coal creature who has already killed one White is completely harmless, explains the jewish enemy.

The younger teen pleaded guilty to involuntary manslaughter April 29 and was sentenced to a long-term behavior modification program.

This moronic primate can be taught how to approximate human behavior. You just have to believe hard enough.

Prosecutors say that just after 5:30 p.m. on Sept. 20, Weed was approached by the two teens and a couple of their friends while out with his family at the fair. The 15-year-old and another youth asked Weed for a dollar, and Weed told them no. That’s when a verbal altercation ensued.

If you're wondering what your life is worth, the answer is one Washington.

Weed started to walk away, the teens followed him, and the 16-year-old punched him in the back of the head, according to a release from the state’s attorney’s office.

This was provoked. Two sides to every story. The jew actually said this. Let that soak in.

Witnesses and the 15-year-old said in court April 29 there were no racial slurs used, according to a May 15 state’s attorney’s office release.

Weed was found on the ground near the midway area of the Frederick fairgrounds and was flown to Shock Trauma in Baltimore. He never regained consciousness and died a day later.

The national outrage from our elected criminals should begin any moment now. How about a hologram? Everyone take a knee. That statue of W.E.B. Du Bois is coming down. White privilege. 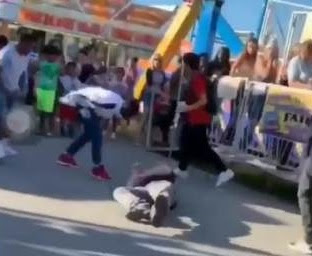