September 16, 2020
After decades of jewish demoralization, the North American Economic Zone has finally produced a majority non-White generation. The only problem is these dark mongrel idiots are having trouble learning the kosher mythologies of our time. It's almost like the moloch worshipers created something they can't control in the form of moronic brown golems. Yes, the kosher mud monster story is true, maybe the only truth they've ever told. Now the scramble is on to teach the slaves promised by the talmud about the precious six million lost and why this means they're off limits for pack attacks and home invasions. Good luck, merchant. We're all rooting for you.

A nationwide survey released Wednesday shows a "worrying lack of basic Holocaust knowledge" among adults under 40, including over 1 in 10 respondents who did not recall ever having heard the word "Holocaust" before.

I've never even heard that word before. Are you sure you don't mean "morphology?" Homicidal gas chambers, you say? Wooden doors and glass windows? This really sounds made up, I don't think I need to know about it. Obviously, the problem here is genetic aliens with primitive brains only capable of forming crude thoughts about narcotics, violence and "booty" and not a sudden famine in holohoax indoctrination.

Sixty-three percent of those surveyed did not know that 6 million Jews were murdered in the Holocaust, and over half of those thought the death toll was fewer than 2 million.

Yeah, a lot fewer, as it turns out. We have to improve our education so our precious tar children know that maybe a few thousand died of starvation caused by Allied bombing in the final days of Europe's Second Jew-Assisted Suicide Attempt.

Over 40,000 concentration camps and ghettos were established during World War II, but nearly half of U.S. respondents could not name a single one.

How about the ones jew criminal Eisenhower created to starve a million Germans after the "unconditional surrender?"

"The most important lesson is that we can't lose any more time," said Greg Schneider, executive vice president of the Conference on Jewish Material Claims Against Germany, which commissioned the study.

Our Kalergi Plan succeeded beyond our wildest dreams, but now the schwoogies and mamzers don't want to hear our lies.

The genocide campaign targeted groups believed by Adolf Hitler's government to be biologically inferior because of anti-Semitism, homophobia or the like.

Now we're a lot smarter and realize all human units are exactly the same (jew chosen, Whites bad) and that getting sodomized is heroic. Thank g*d we defeated this madman so we could create our "multi-culti" paradise full of retarded half-breeds who can't even remember yiddish math.

Using tactics like gas wagons, concentration camps and firing squads, the regime targeted the Jewish people in particular for annihilation and killed nearly 2 of every 3 European Jews by 1945. 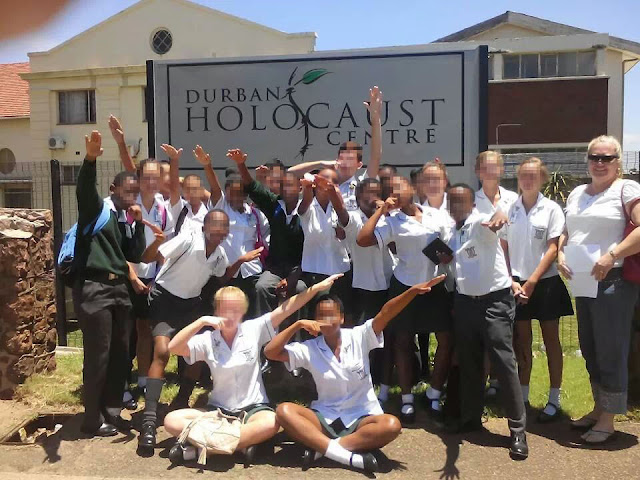 Only ten percent know the truth? We've got work to do.

Jews caused the Holocaust. The number climbs to 19 percent in New York, the state with the largest Jewish population.

Wow, it's almost like "anti-semitism" is caused by directly experiencing the appalling behavior of these humanoid demons and not "ignorance."


"When you learn the history of the Holocaust, you are not simply learning about the past," Lipstadt said. "These lessons remain relevant today in order to understand not only anti-Semitism, but also all the other 'isms' of society. There is real danger to letting them fade."

In other news, zero percent of publik skool victims knew who Genrikh Yagoda was.

The gook holocaust. Me so genocidal. The goblinoids can't even remember simplistic propaganda. Our country has a bright future. 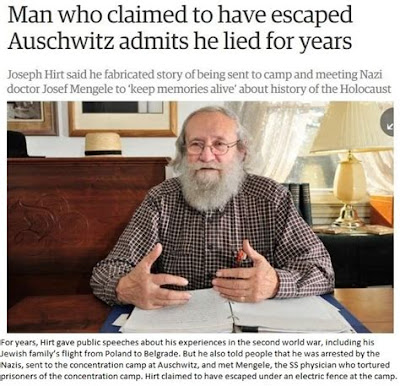