You could take any plan to fix the negro from the last fifty years, remove the date, and it would be just as relevant now as when it was initially presented. For whatever reason, genetic reality is shockingly resistant to dead-on-arrival programs and "please stop burning our cities" tribute extorted from White cowards. Last year we dumped 100 billion shekels into the "African-American" sewer and the result was the worst tar monster behavior we've seen in years. How about 500 billion for the genetic alien, phony tough guy? I'd be shocked if this new appalling waste doesn't work, unlike every previous attempt to turn the burden sold to us by the jew into something approximating an actual human. "Coloreds to start getting better tomorrow!" says an article from 1971. Next up, after this useless "platinum" waste stolen from working Whites, is "muh rep-ah-muh-ray-shuns foe slabery," as if all the previous sacrifices never happened. After that fails, America will probably be fully dead, so this pathetic cycle will finally stop, replaced by a horrific all against all which could have been prevented if we weren't afraid of being called names by an enemy who hates us and wants us to die in pain.

Nine people were murdered in Chicago over the weekend and more than 50 people were injured in shootings, police said.

Believe it or not, the magic negro cowboy torturing a horse somehow failed to prevent this latest pathetic display of the content of their character. Maybe we need more "doan shoot dem fuggin keeds" rappers or special "community policing" initiatives.

The Chicago Police Department said the deaths and injuries occurred from 6 p.m. on Friday through 11:59 p.m. Sunday.

Yeah. That would be the definition of "the weekend." Thank you for the clarification.

Murders this year are already higher than they were during the same time in 2016 - Chicago's most violent year in recent memory. Overall, shootings and murders are up 50 percent compared to last year, according to the police department.

This is the fault of "racist" police shooting "unarmed" criminals. We need to start pouring a lot more geld on this dumpster fire. This is what the negro appeasement has purchased. They're actually much worse after all the groveling, spending and excuses. The only sane solution is a boat back to Wakanda.

One man was killed and another wounded Sunday evening in a shooting in Englewood on the South Side. The men, 54 and 66, were outside about 6:45 p.m. near a vehicle in the 6100 block of South Bishop Avenue when someone fired shots, striking the older man in the head and the younger man in the leg, Chicago police said.

Silverbacks get smoked in tribal warfare. We should be safe as long as we're not actually sitting inside the "whip." Wrong.

Earlier in the evening, a 20-year-old man died after being dropped off at St. Bernard Hospital in Englewood with a gunshot wound to his head.

We need to find ways to unleash the massive potential of all the brown people. Vote Biden.

Saturday evening, a 15-year-old boy was fatally shot in West Pullman on the Far South Side. The boy was shot in the head about 9:20 p.m. in the 11600 block of South Prairie Avenue, police said. Omar Alvarado was taken to Christ Medical Center in Oak Lawn, where he later died, officials said. He lived in suburban Harvey.

See, it wasn't all negroes, you awful "racist." It was also la-teen-oh scum. 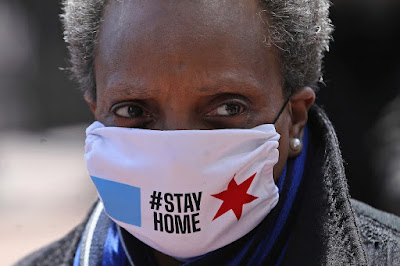 A 17-year-old boy was shot dead by two gunmen about 11:30 a.m. Saturday on the West Side. Avion Aldridge was in an alley in the 200 block of North Leamington Avenue when two gunmen opened fire, authorities said.

Avion here is your equal. This dangerous creature is a future rapper, basketball player, welfare leech or pile of alley fertilizer.

Minutes earlier, a 42-year-old man was shot during a backyard gathering in Grand Crossing on the South Side. Rayalecio Purman was in the 7000 block of South Harper Avenue about 4:10 a.m. when someone walked up to him and shot him in the back, officials said.

This backyard gathering is a most felicitous occurrence in this turbulent epoch into which we've been thrust. Hello, it appears someone is perambulating in my vicinity.

In addition to the Saturday gun violence, a 5-year-old girl was stabbed to death Saturday morning in East Garfield Park, according to police, who arrested a potential suspect.

The content of their character. If only we'd caused even more damage to that horse.

The first fatal shooting of the weekend left a 19-year-old man dead Friday night on the South Side. Cornelius Pulthus Jr. was walking in an alley with two other people in the Burnside neighborhood when someone opened fire and struck him in the chest and back, officials said. The shooting happened about 10 p.m. in the 9400 block of South Vernon Avenue, police said.

We need to abolish the police and Western Civilization. 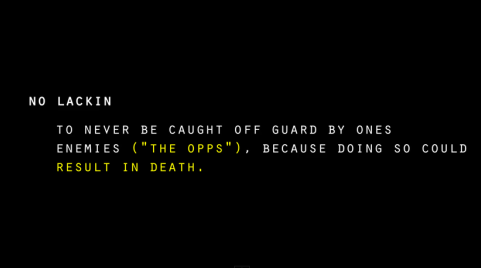