September 07, 2020
Donald Trump may have said some unkind words about [a group that makes up his base], according to an unknown but definitely real source. The phony tough guy says it didn't happen. Obviously, there's a lot to unpack here and this highly productive conversation must continue. We're now pretending the afromania never happened and you better wear a bitch-cloth, but the important thing is a steady diet of baseless rumors until the highly corrupt racial headcount. In the midst of all of this quality reporting about critical issues that deeply matter and are certainly not being simply made up in a desperate grasp for power, it was easy to miss the latest amazing story from the United Kaliphate. We've got another "unknown motive" attack against the completely debased Cuck Island barcodes.

A man has been arrested on suspicion of murder after one person died and seven others were injured in stabbings across Birmingham city centre.

Those crazy "men" and the wildly disproportionate amount of violent crime they're responsible for. I'd call for more knife control, but this is Britainistan.

The attacks happened at four Birmingham locations over a period of 90 minutes in the early hours of Sunday.

It's really hard to believe this country used to rule the world before it took the semitic cyanide.

Eyewitness Robert McLeod, who said he saw two men and a woman walking, stated: "He looked like he just wanted to walk through them.

Walking while black and moose-limb. I've trained myself to ignore even the most obvious threats. I thought moe-ham-head just wanted to get that stroll on, but then it started hacking up Eloi.

Selly Oak resident John Astley said he was woken by a loud bang during the night and saw a police van parked outside the neighbouring property.

Right, looks like more "Asian" chaos. Maybe our "friends" with those weird little caps weren't entirely honest. Time to go back to sleep.

Ten minutes later, they were called to Hurst Street, in the city's Gay Village, where a 32-year-old woman was critically injured and two men were less badly hurt.

The exciting "intersectionality" of the planned jewish demolition of my ancient homeland. Sodomite degenerates face a deranged moon cultist brought in by the merchant as an "economic necessity." There will always be an England. 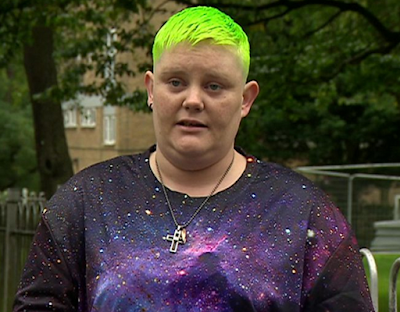 The bright future of Airstrip One.


Police say they are treating the attacks as "random" at this stage.

This is a pretty safe assumption. There's no pattern whatsoever to the kosher decline and fall, just endless coincidence and bad luck. I'd be very surprised if this ever happens again. The odds against it must be astronomical.

Birmingham MP Shabana Mahmood said she "shares the same concerns as everybody else", but the priority was supporting the police with their investigation.

Don't worry, Sha-bama-bama Moe-ham-hood here is just like you and is also worried about the death cult it serves conquering and killing.

West Midlands mayor Andy Street told BBC Radio 4's Today programme it was not right to say the police response was too slow.

I mean, compared to allowing mudslime child rapists to openly claim their victims for forty years, this was insanely fast.


"[There are] lots of questions as to what happened during that two-hour period, but there's people making lots of assumptions from things that they quite frankly don't know."

Let's not jump to any conclusions. It's not like we've seen countless enemygrant attacks just like this one or anything. We saved the world from Hitler and the "Nazis."

He also said what happened in the early hours of Sunday "does not define Birmingham".

"We have to see it as a one-off random [incident], and what will define the city is our response to it now," he said.

Totally random, will never happen again, wrong place and time, etc, etc. It's hard to believe statements like this are still being made, but you get what you're willing to put up with, I guess. 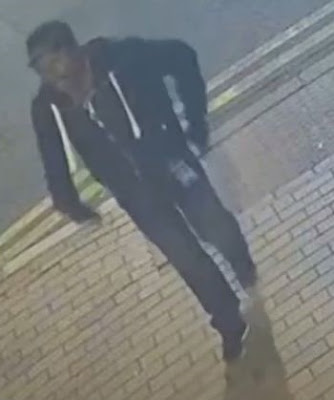