Cucktianity: A Figure that is Almost Ridiculous

September 15, 2020
Wearing a damp rag over your face will prevent the spread of a lethal virus of unknown origin. You need to vote for Biden or his supporters will become even more violent. Innocent "African-Americans" are being routinely murdered by the police and the only solution is completely dismantling the most basic elements of a functional civilization. Fires started by communists are proof of "climate change." The best part of sinking into a scathing maelstrom of lies, idiocy and hypocrisy is there's always room for more, at least until everything our ancestors built is completely destroyed for fear of the jew. Consider today's amazing story of "more needs to be done" from the cuck-o-lick satanic church. Apparently, Europe isn't dying fast enough. This is already a highly dubious claim and it only gets worse.

The progressive leader of the Bishops’ Conferences of the European Community (COMECE) has called on Europeans to open their doors to migrants stranded in camps in Libya, Lesbos, and Lampedusa.

The best part of "doing the right thing" is not only does it purchase zero goodwill, but it always leads to a fresh batch of demands from alien scumbags who want you violently dead. Come on Europe, the giant invasion columns of mudslime "women and children" you meekly welcomed like a eunuch towel boy in a Turkish bath don't even count any more. Open those doors, let in more alien sewage. When did the Kalergi Plan become a sacrament? I thought suicide was a sin.

You would think destroying your country with rapefugee invasion over the last few years would at least grant a brief respite from the "Open or die!" kosher lunacy, but I guess not. Also, we're in the midst of an unbelievably deadly "pandemic," but apparently the super virus which has killed millions refuses to infect someone doing the bidding of moloch's chosen.

Last year, Pope Francis sent the Luxembourg cardinal to the Greek island of Lesbos along with Cardinal Konrad Krajewski, the papal almoner, to visit the refugee camps of Moria and Kara Tepe.

How many million enemygrants should we put you down for, Luxembourg?

“In recent years, we have pronounced beautiful speeches on human rights and European values and there were some people who believed what we were saying,” the cardinal said in reference to the trip. “But when they arrived there, to the European border, they realized that what we said were only lies.”

I would like to think turning my formerly homogeneous Scandinavian paradise into a dark all against all would at least buy me some sanctimony points from a grown man in a dress and yid lid, but it doesn't, obviously. It was all lies, we only let in several million worthless moon cultists who are completely incompatible with our ancient homelands. Look at your hypocrisy, Western Europe. You're not even fully dead yet.

“We talked to the people; we went into their tents. What struck me most was the absolute lack of hope in people,” he said.

"When do we get duh fuggin free money and children to rape from dem Eloi?" No hope, this is the greatest tragedy of our time. Look at sad moe-ham-head, its sexual emergencies going unheeded by "selfish" countries who have already let in a sickening flood of this brown garbage. 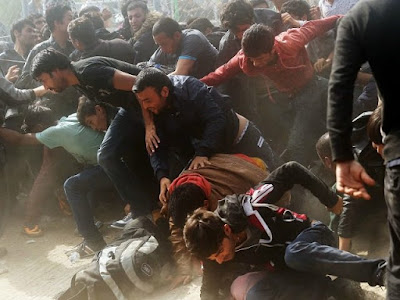 Look at all the unique value.

Not long after returning from Lesbos, the cardinal had harsh words for his fellow Europeans, saying they should be “ashamed” for not opening their nations to migrants.

It's like this piece of shit lives in some weird fantasy world where the last twenty years never happened.


Speaking at his cathedral in Luxembourg City last December, Hollerich censured his fellow Europeans for not coming to the aid of those living in refugee camps on Lesbos.

I'm sure all the empty pews were suitably impressed by this pathetic behavior.


“There are definitely children there that will vanish and be forced into child prostitution,” the cardinal said. “There are children there who will be taught to steal. Others will be raped and assaulted. This is gruesome.”

Yeah. This is going to happen. To European children, mostly. The stealing part, yeah, that I believe.

In his interview Monday, Hollerich said that Catholic prelates should put greater pressure on their governments to take in more immigrants.

I'd like to see greater pressure put on your neck by a noose.

“After the gigantic fire in the Moria refugee camp, France and Germany announced their willingness to accept most of the 400 unaccompanied minors that the EU has said it is ready to accept,” he said. “But that is not enough. It is a figure that is almost ridiculous.”

Only 400 fighting age "minors?" What is going on Germany? What part of "Get in this kosher grave" don't you understand?

Asked why the rich countries of the North of Europe do next to nothing for migrants, the cardinal responded that “in Europe, Christianity and humanism are lacking.”

All your massive sacrifices equal "next to nothing" in the Clown World inhabited by a rapidly dying demon church. 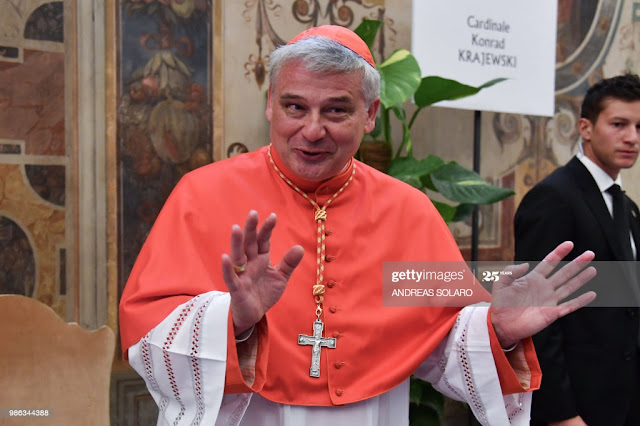