No Lackin at Family Dollar

In the interest of having this blog better reflect the rich "diversity" of our community and by overwhelming popular demand the Modern Levite is back to provide unique insight into the most important events taking place in our "multi-kulti" paradise. As usual, the following has been edited for spelling, grammar and clarity while attempting to maintain the original tone to the extent possible. Please enjoy this amazing inquiry into the marginalized voices of nigga bodies (Ah!).

A man started shooting outside at a Family Dollar store after he was asked to leave for not wearing a mask, St. Louis police said.

How you mother fucking Edomite cave dwellers doing? I would have hollered at you sooner, but then the Black Panther, King of Wakanda, got murdered by the fucking five oh and I be getting my loot and burn on. Now peep this other Nubian King, defying the White devil and busting on some blue-eyed mutant John Does.

Joc’Quinn F. Perry, 29, has been charged with first-degree assault, armed criminal action and unlawful possession of a firearm.

Another innocent Israelite cruelly punished by the ice people. Joc'Quinn is a hero of the struggle. Hitting Caucasians with shots heard round the world. What are you going to do, vote against it?

Employees at the Family Dollar store on South Jefferson in the Gravois Park neighborhood told Perry and his companion he had to leave the store because he wasn’t wearing a mask, the probable cause statement reads.

Put on your bitch-cloth in the American plantation. Meet the new KKK stocking shelves at some bitch-ass store. Shaking pinky up with this real shit. This is a black lives matter peaceful protest, we ain't wearing no slave rag for the Canaanites. We used to be in iron chains, but now we be in gold chains. Why would you want to wear a mask over these noble African features?
Perry and his friend allegedly argued with store employees, insulted those employees and then threatened to “shoot up this place” before leaving the store.
No lacking at the devil market. You're a failed experiment by Yakub. Now we busting on the pink people. We deserve reparations for slavery.
St. Louis police received a call a few moments later of a shooting about three blocks from the Family Dollar store. They found Perry who allegedly told them he had been shot in a drive-by shooting.
Here come the pig crackers in their punk wagon. What are you going to do, sucker? We got District Attorneys that just release us without charges. Soul brothers built the pyramids.

According to court documents, Perry is currently on supervised release related to federal charges for firearm and drug trafficking crimes.
Hahahahaha. I'll be a good nigga now, I've learned my lesson, honest. I never seen a country so weak. 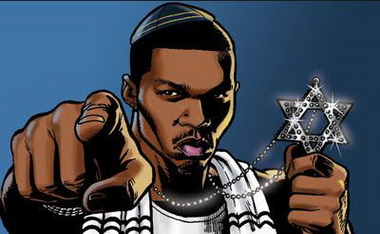