As a colorless barcode who is typically pleasant or neutral to my neighbors and generally fairly pliable to the rare reasonable request, I'm also a glass half-full optimist. This remarkable ability to see the silver lining in the dark hurricane will certainly be tested, but even in the midst of national suicide, civil war, afromania and bitch-cloth hysteria, good news can be found if one has eyes to see it. For example, we're seeing the total collapse of kosher professional sports, the jewish intravenous drip that has been extremely useful in sedating our people, pushing "the one good one" mythologies about the negro animal and promoting materialism and personal debasement. At this point it's hard to imagine how completely brainwashed and gelded one would have to be to keep watching a Liberia Ball clown show featuring endless cultural marxism from a sea of identical super-orc "diversity" on the end of semitic strings. Imagine sitting there, drinking your kosher estrogen brain cell killer and soiling yourself while a deformed inferior screams into the camera about killing Whites. Anyone who can do this is beyond redemption.

The league’s reaction to social issues in 2020 is a stark difference from 2016, when it uncomfortably tried to figure out what to do about Colin Kaepernick and others kneeling during the national anthem, then never signed Kaepernick when he became a free agent the following offseason.

Yeah, no kidding. The ridiculous pandering to the tragic mulatto back then is nothing compared to post-psychotic break America where we literally worship criminal nightmare monsters and the calls for White genocide are no longer cloaked in jewish shibboleths.

Here are the league’s announced plans, from its joint announcement with the NFLPA.

Put on your Chinese jersey with a tar monster's name on it, grab your foam brick to throw at the screen when Red beats your beloved Blue, eat poisonous ZOG food, maybe take some pills, you're going to really love this, shkotzim.

All NFL, NFLPA and club facilities will be closed on Tuesday, Nov. 3, to ensure that every member of the NFL family has an opportunity to exercise the precious right to vote.

The precious six million fraudulent mail-in ballots up a chimney. It's very important the senile pederast and the mystery meat whore are installed to rule over burning ruins. A 70 I.Q. Eritrea eggball animal has as much a say as you do in the plans for disposing of our national cadaver. Democracy is the best system. 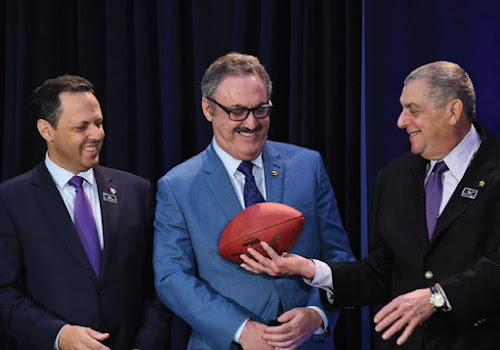 I can't believe we can control the goyim with this.
In the days leading up to the election, we will continue to sponsor non-partisan educational programs to ensure that our players, staff, and families know how to register, how to obtain absentee voting material, and are able to vote on Election Day.
Non-partisan. No, really. Honest injun.

We will devote the entirety of our one-hour program on NBC next Wednesday, Sept. 9, to providing a platform for our players and allies to discuss the work that we are doing together to advance social justice and equality. Additional details on this program to be announced at a later date.
Wow, an entire hour of marble-mouthed groids semi-coherently calling for the fundamental transformation into Zimbabwe. What a bargain for you, shkotzim! Imagine actually watching this. Imagine watching this and agreeing with the blood libels against your own people. It takes decades of kosher demoralization to create Whites that pathetic.

Clubs and ownership will facilitate meetings between with state and local elected officials and leaders of law enforcement, to discuss steps that can be taken to reduce conflict and improve relations between law enforcement and members of the community.
Considering how much crime is committed by your uniformed simians, you've got your work cut out for you.
The NFL and NFLPA will work together to support college education for the children of the victims who will be recognized by our players.
The bastards created by dead criminal semen cannons are going to get free things. Even more, I mean.
The announcement ended with a message from the league: “We are proud of our current and former players for the extraordinary work that they do in our communities. Club-owners, and employees are proud to support and work alongside the players to make our country better, fairer, and more equal.
Man, this season is going to be great! I can't wait to sit in my pod eating bugs and breathing through a face diaper while cheering on my Washington Football Team. These dark monsters are going to make everything better and bring about the equality of a mass grave.
Full Story. 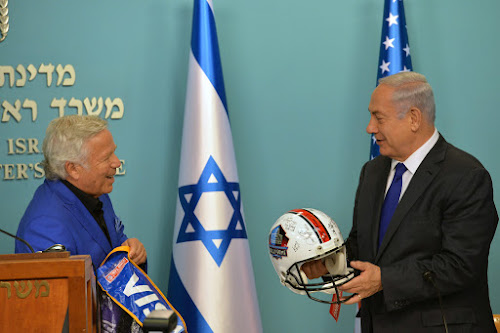