September 11, 2020
As usual, our jewish enemy pushed for too much too soon and Whites are waking up. All the merchant had to do was just keep the degeneracy and chaos at a relatively low level for another few years and the changing demographics would allow moloch's chosen to peacefully seize power forever via the sham of kosher democracy. Instead, they decided to crank up the semitic madness all the way in hopes of winning an election that's ultimately meaningless in the grand scheme of things. Honestly, did electing "Red" three times in the last twenty years really do anything to reverse or even slow the rot? The answer, of course, is "no," but our ancient friends were appalled that Whites were trying to go against the script and reacted with all the circumspection and silent dignity this alien race of humanoid demons is famous for in 109 countries. We need that genocide right now! Incredibly, the result has been more Whites waking up instead of "Thank you Shlomo, give me more." Faced with this reality, it's time to walk everything back a little, but even the spiritually ill Whites attending the Liberia Ball don't seem to be buying it.

The Kansas City Chiefs hosted the Houston Texans Thursday evening for the NFL’s opening game of the 2020 season, and intended to provide a show of unity by locking arms with their teammates and opponents before the game — but the solemnity of the moment was ruined by fans booing in the stands.

Time for the Kansas City Football Team to play the Houston Mexicans! After over a hundred days of hearing about the inherent evil of Whites and the need for our immediate dispossession and erasure, suddenly the yid wants a false peace. We're going to let you return to "I don't even see race" delusion for a little while, goyim. What a bargain for you, you unclean meat. Let's have a solemn moment for "unity" in our dead globalist bazaar. Please keep your face diaper on, but also somehow slip in this ball gag, sports cuck. We might even let you "direct" later on. The most worthless and debased representatives of our race, losers willing to pay fiat counterfeit to attend the Botswana Bowl, weren't having it. I'd be really worried if I were you, banker.

The pregame activities at Arrowhead Stadium in Kansas City, Missouri included players from both teams lining up down the center of the field with their arms locked together in a moment of silence for racial equality.

This hypocritical display is your tar soccer at its very best. Look at the bizarre sodomite behavior from criminal animals who would gladly kill you given the chance. This is proof those yawning chasms in I.Q. scores and criminal behavior are actually caused by "racism" and if you'd just hold hands with a living fossil while we play the negro national anthem (Camptown Races) it will solve everything. Somebody bet on our national collapse.

Sure sounds like it, but you can't really believe your deceitful senses. 93% weren't booing. Mostly respectful grandstanding. 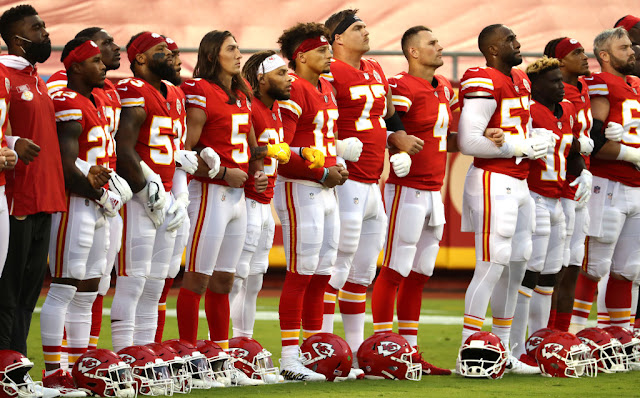 Look at all the "diversity."

The booing was loudly condemned on social media, with many feeling that the players had chosen a way to express their support for racial equality in a respectful and thoughtful way, and not anything that deserved to be booed.

This cynical ploy to get you back on the long slouch to the kosher mass grave deserves your respect, shkotzim. I can't believe drunken Whites with late-stage spiritual cancer didn't kneel down for this feigned surrender before the next stage of White genocide begins, probably in January. We put a huge amount of effort in finding a few actual White players for "Red" and some creepy mulattos. I can't believe you're not thrilled with the latest semitic bowel movement.

Sports journalists in particular were highly critical of the booing.

The enemy of the people. I'm looking forward to seeing the gelded Mister Touchdown cry like a little girl again over this incident. Booing the hypocrisy, I can't believe it. *heavy sobbing* He was just wearing Nike gear!

There were at least two possible counter-theories regarding the booing, however. There were reports that someone yelled “Trump 2020!” in the stands and people booed in response to that, and another theory that the booing was in response to the Texans’ late entry onto the field.


But wait, maybe everything is fine! They weren't booing, they were saying "boo-urn," as in "Our cities deserve to boo-urn because a tar monster criminal overdosed in police custody or some negro rapist got zapped while going for a weapon." 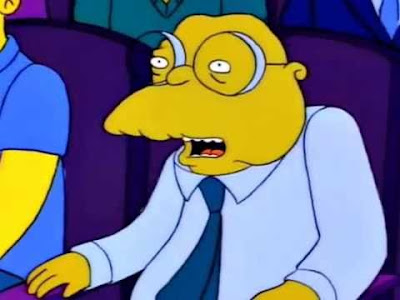