Is there a limit to how much abuse the typical debased and demoralized White barcode will absorb from the jews running our homeland into the ground? When it comes to the kosher sports the answer, incredibly, seems to be "yes." With this worthless and ugly spectacle now primarily featuring super orcs yelling into the camera about killing you and everyone you care about, cultural marxist poison front and center and endless anti-White canards spewed by announcers with weird little caps on the back of their heads, even the person without color who used to cheer for the negroes on "Red" to beat the negroes on "Blue" has had enough. The sports cuck can only take the jew shoe to the crotch a certain number of times. Well, in most cases, anyway. Today's incredible story involves a Legacy American who was not dissuaded from watching his beloved Liberia Ball, even after being mercilessly pummeled by the same brown animal he just got done worshiping.

A worker hired to clean LSU’s Tiger Stadium has been arrested for brutally beating and robbing a fan inside a bathroom, university police said.

Looks like more typical crime from "workers." Let's get the racial component of this sickening crime into the memory hole. Say, did you hear Bubba Smollett has a new race car? Pretty exciting stuff, if you ask me. If you'll excuse me now, I have to use the restroom. I should be back in a minute or two without a split head or anything crazy like that.

Gary Ramses Walker, 19, of Baton Rouge, was arrested Monday on a charge of second-degree robbery in Saturday’s attack on Daniel Dwyer in a Tiger Stadium restroom following the team’s 52-24 win over South Carolina, LSU police said.

Ramses. We wuz pharoahz an sheeet, mudda fudda. Sure, this latest attack on an Eloi looks bad, but on the other hand "our" team won the big game and that's what you should really focus on instead of a "kang" battering the most vulnerable target available.

A manager for the custodial company contracted to clean bathrooms at the stadium said several employees told him Walker had been “bragging” about the robbery after the attack that sent Dwyer to a hospital for cuts to his head, an arrest warrant shows.

The content of their character. The "platinum plan" is going to alchemize these monsters into cut-rate humans, unlike all the other attempts which failed miserably over the last several decades. Once we've wasted 500 billion shekels on the dark burden the "Eye donn split duh wig aw dis Wanda Wugby kukk an sheeet" will see a discernible reduction.

I'm taking your wallet to get "justice" for all the barely armed innocent good boys murdered by "racist" police. I wonder if this guy will get a discount on his "rep-ah-muh-ray-shuns" tax in a year or two. Hell, I wonder if this slumbering free-range target will even still be alive then. Probably not.

One of Walker’s colleagues told investigators “exactly where” he tossed the stolen wallet to rid himself of the evidence after the attack, the arrest warrant shows.

"Yes, good sir, I was a colleague of the gentleman currently in your gaol. If you would like I can demonstrate exactly where the blackguard relieved himself of the ill-gotten loot.

Three managers and one employee for the custodial company said Walker was assigned for the entire game to the bathroom where Dwyer was attacked. He was also the only employee who wore striped pants, which Dwyer noted in his initial description of his attacker, according to the arrest warrant.

I know it looks bad, but on the other hand completely innocent future oceanographers or rappers are regularly unfairly punished by a "racist" justice system for crimes they obviously didn't commit. We should turn this creature loose.

Walker then failed to show up for work the next day and a manager was unable to reach him, university police said.

The suspicions continue to mount, but wait until you hear the highly plausible alibi produced by this brilliant beast. I'm not going to spoil it; I really want you to wonder how it explains away all this highly damning evidence. You're going to be awestruck by what it produces, that's all I'm saying for now.

Dwyer, a longtime LSU fan, told The Advocate he stayed after the game to hear the university’s marching band play, as he regularly does. He then felt two hard blows to the head as he turned his back to use a urinal, Dwyer told WAFB.

Staring at the wall without directing, business as usual for the few remaining Africa Ball fetishists. Only this time we're going to add some physical humiliation and pain to go with the psychological emasculation you're used to getting.

“And as I was on the floor, the person continued to hit me on the back of the head,” Dwyer recalled. “And probably rained down 14, 15 blows.”

Just take your beating, it's a lot easier than trying to fight back.

It turns out the real-life negro is a little different than the ones on your talmudvision.

Dwyer, a season ticket holder, said the attack won’t stop him from returning to Tiger Stadium next month when LSU takes on Alabama, WAFB reported.

When I say there are Whites beyond redemption, this is what I'm talking about. Sure, he's old and probably tries to use "The jew destroyed our country so gradually I didn't even notice!" as an excuse for this loathsome idolatry, but the decline has gotten so rapid in recent years it's impossible to give you the benefit of the doubt. Still, we've got the big game against "Red," assuming the injuries delivered by the "African-American" have healed by then, of course.

Yes, this dangerous inferior probably wasn't involved, but even so I'd like something a little more substantial.

“I didn’t rob nobody,” he told the station Monday. “They got the wrong guy.”

Well, I guess that's all for today. But hold up, Darnell! I ain't going out like that! I post for The People and as someone who would do anything for a low nigga I'd be remiss to leave without inviting you to please watch the following amazing video. Without giving away too much, it features (c)rap music, guns and the completely innocent negro animal whose totally justified shooting touched off the latest round of destructive and moronic afromania in Philadelphia. Be sure to copy and spread, I doubt this amazing footage is long for jewtube.

What you have just witnessed is the greatest cultural treasure ever produced by our glorious "multi-culti" sewer. "Transcendent" is how I would describe it and even this seems woefully inadequate. Everything about this is art of the highest order, from a "mentally ill" groid pointing guns, to quality lyrics about fornication and violence and don't even get me started on the bold decision to claim to have murdered a nameless victim. The visuals are simply stunning. Flames? Raining bullets? Beams? Let me kiss the tips of my fingers. The loss of the genius behind this magnum opus at the hands of "racist" law enforcement is the greatest tragedy humanity has ever suffered. We can only mourn for the intellectual golden age this creature's banga musik would have started if it hadn't been gunned down because of the color of its skin. Like a more talented version of Mozart, it died way too soon. We must take solace in having this one staggering example of superlative "drill shit" from a dusky inferior who truly touched the face of g*d and communicated the wisdom received from a divine hand in a way that our limited understanding could fully grasp. "Stop playin," indeed. 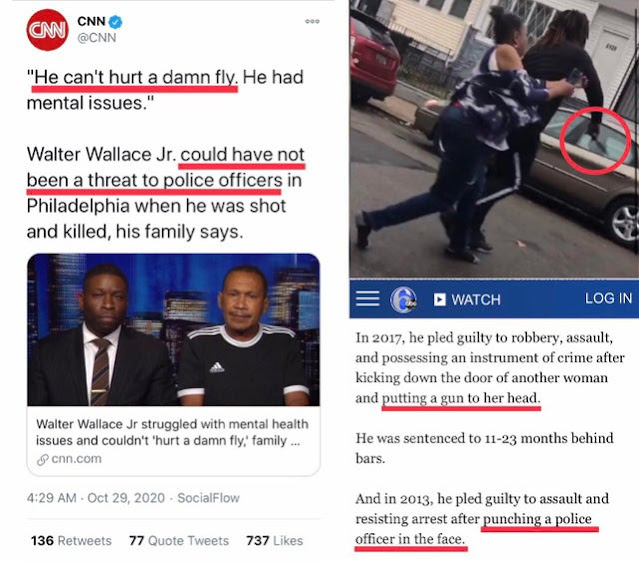 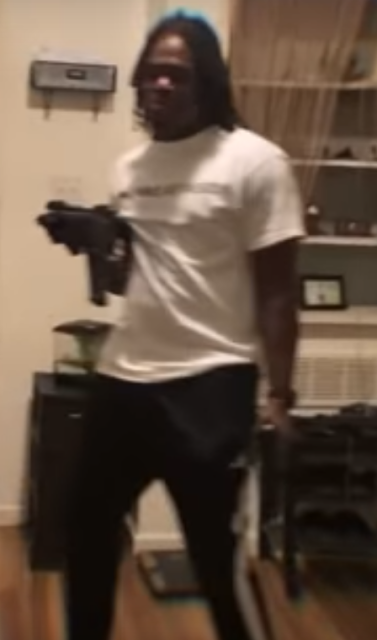