Not a minute goes by where I don't lament the fact that we were so tantalizingly close to fixing the moronic "African-American" burden, but then failed because our country had abruptly turned into Zimbabwe at some point during Operation Speedy Fix: Six Decades of Negro Appeasement. Genetic reality was about to go away courtesy of a phony tough guy, but muh democracy failed and his jewish masters tossed Orange Man in the trash like a used diaper. The "Platinum Plan" would have been the miracle that transformed living fossils into cut-rate versions of actual humans, but now we'll never get to see this incredible victory over common sense and your own lying eyes. Perhaps none have been hit harder than the Chiraq drillahs, who were clearly well on their way to shaping up during the summer of jew-promoted brown chaos and are now reverting back to their usual malfunction instead of highly promising looting, rioting and "shuff yo wite azz pinions!"

Seven people were killed and 36 others, including four teenagers, were injured by gunfire across Chicago over the weekend.

By kosher media standards, they were probably all "teens." Don't expect much coverage of this primitive savagery now that the devil's bargain of accepting the massive vote fraud in exchange for a few more years on Clown World life support before the final collapse into an endless dark nightmare is still very much on the table. What a bargain for you, gentiles!

The weekend’s violence surpassed what the city saw a week earlier, when 29 people were shot, four of them fatally, over Halloween weekend.

Officers responding to a ShotSpotter alert for gunfire about 2 a.m. in the 4700 block of West 59th Street found the 20-year-old unresponsive in the driver’s seat of a car that apparently hit a tree, according to Chicago police. He had a gunshot wound to his face and was pronounced dead at the scene.

Amazing high technology allows the "racist" police to get the dead nigga body (Ah!) off the "bad streets" in near record time. After a failed Bubba Smollett act, the evolutionary dead-end wrecks. 500 billion down the "African-American" fissure would have prevented this, I just know it.

On Sunday evening, a man was shot to death and a woman was wounded in Gresham on the South Side.

The attack happened about 6:15 p.m. in the 7800 block of South Carpenter Street. Larry Becton, 24, was struck in the back and taken to the University of Chicago Medical Center, where he was pronounced dead, police and the Cook County medical examiner’s office said.

Despite the important human right of "badakathcare" being granted, it died anyway. You'll get the bill.

Lavell Mathis was walking through a vacant lot about 1:10 a.m. in the 4900 block of West Madison Street when a man approached on foot and fired shots, officials said.

The rich tapestry of the "minority" experience. Time to walk through vacant lots in a neighborhood carpet-bombed by the content of their character. Hip and vibrant, not like boring Whites who are probably already in bed instead of prowling around and getting blasted by "ops."

He suffered gunshot wounds to the abdomen and armpit and was transported to Mount Sinai Hospital, where he was pronounced dead. The shooter fled in a white sedan and is not in custody.

The community policing on steroids seems to be failing. Did we at least remove some guns off the "bad streets?" I really feel we deserve an update on this effort, it's very important.

About 5:30 p.m., Daniel Zetina, 20, was in a parked vehicle in the 7400 block of North Oakley Avenue when someone walked up and opened fire, authorities said. He was struck in the flank and the arm, and taken to St Francis Hospital, where he died.

See, it wasn't all "blacks," you "racist." It was also la-teen-oh sewage. I like how the style handbook has been updated to now use "flank" to describe unwashed foreign aliens taking bullets to the "booty." Bakk dat flank awp, nikka.

One man was killed and another injured in a shooting earlier Saturday in South Shore.

I sure hope we go to war with Iran to protect our great ally Israel.

About 20 minutes earlier, a man was killed in a shooting in Austin.

Wow, talk about a run of bad luck. We all know that Whites are just as criminal as these primitives who are harshly punished by a "racist" system for the exact same crimes.

Tremayne Creighton, 22, was shot in the head about 2:55 a.m. while standing outside in the 5400 block of West Cortez Street, officials said. Creighton was transported to Stroger Hospital, where he died.

They must have used armor-piercing rounds.

Over an hour before that, two more men were shot, one of them fatally, in Austin.

If you had just lasted a little longer you could have enjoyed "slabery rep-ah-muh-ray-shuns" and the coming open season on Whites, but a vile creature devoid of even the slightest value got popped.

They were outside with a group at 1:36 a.m. in the 5900 block of West Huron Street when someone fired shots, police said. Deangelo Mills, 28, was hit in his head and torso while the other man, 21, was shot in the chest, officials said.

This autumn wind certainly calls to mind some of the more obscure harvest poetry by Virgil. Hello, it appears I've been given an amateur trepan by a sturdy countryman's weapon.

Four teenage boys were shot in separate attacks over the weekend. Sunday morning, a 17-year-old was found with a gunshot wound in Brighton Park on the Southwest Side.

The bright future of the semitic "multi-culti" national chamber pot.

He was standing on the sidewalk about 2:30 a.m. in the 2700 block of West 25th Street when he heard gunshots and felt pain, police said.

There's a lot of human agency in this monster, not just basic stimulus and response, that's for sure. 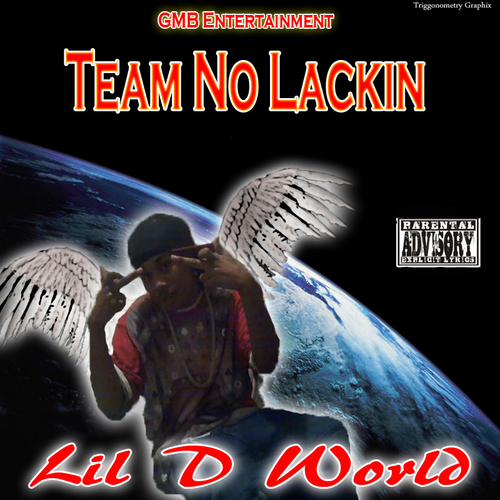