After years of slow and steady rot, we were somehow able to cram a full decade of kosher collapse into a single year. This impressive milestone in the decline and fall is sure to be challenged by next year's "covi-pass" lunacy, to say nothing of the coming mystery meat whore presidency, but for now I can only shake my head with a combination of disbelief and amazement at the staggering audacity of our jewish enemies over the blasted wreckage which made up the last 365 days. It's going to take quite an effort to top this performance, shlomo. Something like the American Holodomor, which I'm sure is currently being planned.

2020 started with the phony tough guy being impeached for the high crime of having ordinary White supporters. Despite this monumental event happening for only the third time in the history of our dead globalist bodega, it quickly went down the memory hole. However, the tone was set for the hysterics to come. The sky started falling. Deadly flu. 2.5 million dead, according to an "expert" who had previously claimed the Anally Infected Death Sentence would somehow become a problem for non-degenerates. Suffice it to say, the heaps of dead bar codes never happened, but you'd never know it from the national psychotic break that occurred. Wear a rag on your face, you have to do it to save lives. No, really. Don't worry, the poison vaccine is on the way, slave. A seasonal flu destroyed my ancestral homeland. It seems oddly fitting. We don't deserve the dignity of a bloody Götterdämmerung. Instead, we finish this insane experiment in denying genetic reality on our knees with a diaper covering features contorted into another mask of cowardly submission. Once my rights are gone and I'm a drooling moron from injected chemicals I'll be safe from illness. It makes sense.

But wait, there's more! Summer arrived and the afromania began. Dark criminal lives matter. Demoralized Whites meekly surrendered to this evil and our cities went up in flames. The negro animal is your new g*d; it overdosed in po-po custody for your "racism" sins. We must erase the past and destroy the future. A little jew with a giant eraser changing our history, the great and terrible chosen people you could never defeat and it would be immoral to try. Keep your mouth shut (under your bitch-cloth), pray you can keep your careerism and stay far away from the encroaching "African-American" pathology. It's your fault the genetic alien is dumb and violent. Punishing it is wrong. Bow down to idiotic evil, it's a lot easier than trying to fight back.

Still not done! How about a racial headcount worthy of Zimbabwe or South Sudan? Muh democracy officially died, drowned beneath a flood of corruption from 70 I.Q. negro dullards. If only the phony tough guy had some clue this was going to happen, like the communists openly planning this crime months in advance, but I guess he got distracted by serving Israel, the low "African-American" unemployment we used to have and the wise strategy that was the "Platinum Plan." 500 billion down the tar monster sewer, it probably would have finally fixed this failed race. Now we'll never know, because the same mud creatures, acting on semitic orders, cheated in a fashion so outrageous that we must be repeatedly reminded by the electronic synagogue how fair and honest this all was. I know it looks bad, but the little jew in the box said it was legitimate. I'm convinced.

And here we are, preparing for the easily preventable disasters that lie ahead. If you think putting up a new calendar is going to change anything, you're out of your mind. By June we'll probably be nostalgic for 2020 and its grotesque events. Get out of the city, make sure you're armed, organize with your neighbors. We have committed national suicide.

Here are twelve stories from the last twelve months that either represent journalistic excellence or simply tell a story that could only happen in the "multi-kulti" sewer we've created. Either way, these are my personal favorites and well worth a second look.

I often wonder if the holohoax bagged even a single rat demon. Despite being experimented on by a "nazi" villain, the poisonous mushroom survived a systematic attempt to murder every single chosenite. They didn't just shoot her; science fiction medical evil makes more sense. You're expected to believe this.

There was bumbling senile Joe and a phony tough guy clown
He said, here comes the big jew, let's all bow down
We sold our "stonks" and made a stand
Started waving tiny hands
A sudden convulsion made me skip
Might be Captain Trips

We are Deeply Saddened

Our jewish misfortune and their cucktian useful idiots team up to fight for more foreign invasion in the middle of the sky falling. Gelded delusionals with empty faggot churches and the traveling merchant have a great bargain for you, goyim! How about more of the worst available inferiors, delivered while your low-trust globalist bodega is having a psychotic break?

Some Degree of Assault

In my struggle to remember the kosher template for these "random" incidents I produced a word salad sentence that doesn't seem to carry any actual meaning. Sorry, we'll keep "investigating" something that can easily be viewed on the so-called "information highway."

You know a politician is in dire straits when he starts using the Bible as a visual aid in the "Your country is definitely not dying" hot air sessions.

The Jew Behind the Rot

George Soros is a true hero of our time. Remember when words had actual meaning instead of being verbal flatulence from g*d's chosen?

The Messy Work of Destabilizing

The dirty work of demoralization. The rectum is for the penis and building materials. If you cut off your penis you become a woman. All races are equal, although jews are chosen by g*d and Whites are bad. I sure hope the Mitt Romney voting, Liberia Ball watching, completely gelded Republican doesn't walk into the room while we're promoting the vilest possible obscenity.

Here's your role model, shkotzim. Emulate this blubbering castrato. While this ritualized humiliation continues we cut back to the panel, where sullen brown faces express contempt for the incredible dereliction of the obligation to survive just demonstrated.

I voted for Biden and I support your comically evil failed race! Why are you putting a tire around my neck?

"It was a really positive experience," is said with absolutely no conviction and a face full of guilt. We'll let you keep those crumbs off the jewish plate, but you have to tell this outrageous lie on the talmudvision. The bargain of a lifetime.

Try to imagine this scene and then try to stop laughing. This sack of worthless brown waste was just left hanging there. The angle of the dangle is proportionate to the draining heat of the mystery meat. Five children. The window fell on this idiotic monster. Burglary gone wrong. It was a (c)rapper. The death of a nation has a dignity all its own. 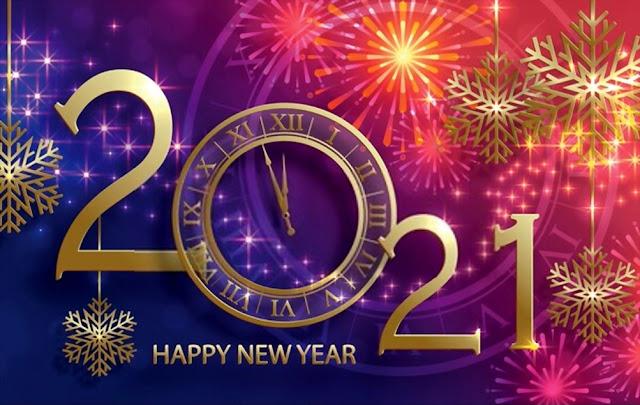