Our jewish enemy seems to honestly believe they'll somehow control the hordes of dangerous inferiors that will remain after White genocide. You can even find this deranged idea in their "holy" book, where the rat demons dream of the mindless brown slaves they will rule over after destroying the world. Despite this vile arrogance, the merchant always has an exit strategy with the walled-off homogeneous ethnostate they can retreat to, a luxury that must never be afforded to the hated goyim. The useful idiot doesn't have this fail-safe, so it becomes an interesting study in cognitive dissonance and staggering delusion when you examine the mind and anti-soul of a "defund the police" scumbag who discovered that maybe this isn't the great idea it might have initially looked like if you're an uncritical idiot, a sanctimonious hypocrite or a coward. Will any lessons be learned? All signs seem to point to "no."

A Seattle City Councilwoman called the police to her home Friday to report a crime she is effectively trying to legalize, according to media reports.

Mud world all against all for thee, but not me. I'd mention the irony, but much like parody, it's largely become obsolete ever since we suffered our national psychotic break. Legalize Crime, an excellent slogan for a dead nation currently being devoured by scavengers. I'm sure you'll be fine, unmarried cat lady. Drink another box of wine. Here come the dark animals. They're probably just here to praise your heroic commitment to "anti-racism."

Lisa Herbold phoned authorities on Friday after a man reportedly threw a rock through her living room window, My Northwest reported.

No one is a leftist after the rock comes through your own window. No one is "progressive" when it comes to things you actually care about and not distant misery you happily inflict as part of sickening kosher careerism. You thought you could hide from the rot, but it's right outside.

The councilwoman said "she was on the west side of the living room near the kitchen when she heard a loud noise that sounded like a gunshot and dove into the kitchen for cover," according to a redacted police report obtained by the publication.

Imagine this disgusting fat-body gracelessly diving for safety when the alien chaos the same jew-controlled hungry hippo so eagerly supported made a house call. Get that cover, chubby. Call the "five oh" you vilified to get crumbs off the semitic plate. No children. A mind full of kosher stool. Too bad this wasn't a "murder gone wrong."

A neighbor told police that a person who is "unathletic and a bad runner" was seen leaving the area.

Look at that boy struggling to run. No Liberia Ball "scholarship" for you, Barkevious. If it's any consolation, here's a doomed pig person you can prey upon.

The witness told officers that he would recognize the suspect if he saw him again, but declined an officer’s business card to contact him for follow up.

Stop snitching. I'll know the mud monster when I see it. Not like I'm going to tell you or anything. Our country is definitely not being lowered into the uncaring frozen ground.

The irony is that under a proposal introduced by Herbold, the suspect could avoid criminal charges if caught.

It's like rain on your wedding day. Honk. Honk.

Under the legislation, charges against most misdemeanor suspects could be dismissed if they can show symptoms of mental illness or addiction or if they can prove the crime provided for a need to survive, a so-called "poverty defense," the paper reported.

Dat win-daw bee kneedin two brake so wee kann sub-bibe, nikka. I was poor so I vandalized. My primitive animal brain and foreign genetic material are a "mental illness."

Herbold said she would like a jury to hear a defendant's reason for committing the crime.

It's now time for the "excuse presentation" portion of the trial.

"In a situation where you took that sandwich because you were hungry and you were trying to meet your basic need of satisfying your hunger; we as the community will know that we should not punish that. That conduct is excused,’ Khandelwal said, according to KOMO-TV.

Your average negro criminal is a Charles Dickens ragamuffin stealing loaves of bread for its starving family. No, really. We expect you to believe this. Now, how about another 500 billion down the tar monster abyss?

Detractors say it will only embolden criminals.

Crime in Seattle has steadily increased since this summer's Capitol Hill Occupied Zone protests, which saw a 525% spike, according to Democratic Mayor Jenny Durkan.

Who could have predicted this? Once we stopped punishing the typical pathology of the nightmare monster because it thinks it's a Pharaoh, is a crackhead or gets insanely generous hand-outs that aren't good enough I assumed we'd immediately get Wakanda.

The spike comes as the Seattle Police Department is seeing an exodus of officers and a shortage of funding.

We're getting Liberia with worse weather. 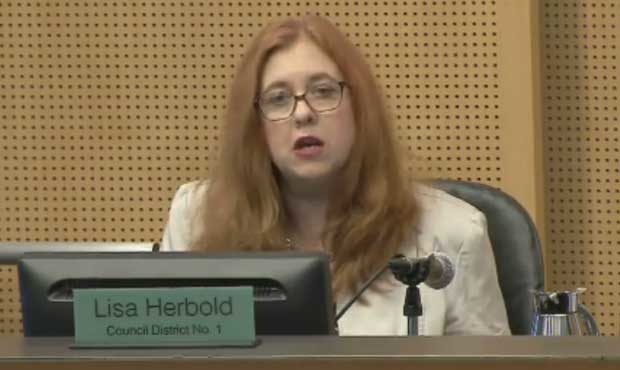