The exciting "Let them eat cake" bill in response to our national psychotic break and suicide seems to have stalled. It looks like the phony tough guy is actually going to do something, maybe. I'm sure those millions of deportations we were promised years ago should be starting any moment now, to say nothing of getting around to punishing the violent jew-promoted mud animal uprising that occurred this summer. Yes, he's clearly going to show a little bit of non-destructive initiative (Favors for Israel and 100 billion down the "African-American" sinkhole don't count, sorry) in the last days of an unbelievably disappointing administration. Hopefully we'll reach an agreement soon, if only for the sake of teaching ba-loo-chee-stan-ees about the female penis and, of course, building a giant museum dedicated to the staggering achievements of illegal inferiors.

Congress approved legislation Monday to start the process of creating a national Latino museum as part of a $900 billion must-pass Covid-19 relief spending bill that President Donald Trump is likely to sign.

Honoring all the Hart-Celler scavengers is now our top priority. You have to wonder what we'd even put in it. Antique taco benders? Petrified chalupas? The dry, brittle and completely picked clean bones of our national dignity and sanity? I guess they'll figure this out after they've got your shekels, White tax-paying chump.

"We have overcome tremendous obstacles and unbelievable hurdles to get to this historic moment, but as I've said before, Latinos are used to overcoming obstacles," said Sen. Bob Menendez, D-N.J., who co-sponsored the bipartisan legislation to create the National Museum of the American Latino with Sen. John Cornyn, R-Texas.

Obstacles including rivers, rusty fences, small, non-beautiful walls that we had to pay for, etc. All of our elected criminals from both sides of the jewish coin agree we must worship the sickening rot. Zombie America needs a wetback museum.

“Latinos have contributed significantly to the success of the United States while overcoming systemic discrimination," said Rep. Joaquin Castro, D-Texas, chair of the Congressional Hispanic Caucus. "Now, our stories will have a new home with a Latino Museum on the National Mall."

La-teen-oh achievements, like putting used toilet paper in a garbage can, must be properly recognized. These filthy looters are the greatest heroes of our time.

With approval from the House and the Senate, the spending bill now goes to Trump, who would have to veto the bill — which includes pandemic relief for many sectors of the public and would avoid a government shutdown — to halt the museum's establishment.

Please go full scorched earth on this. Knowing the "...and Israel!" blowhard, he's probably already getting ready to surrender to this latest vile kosher insult. 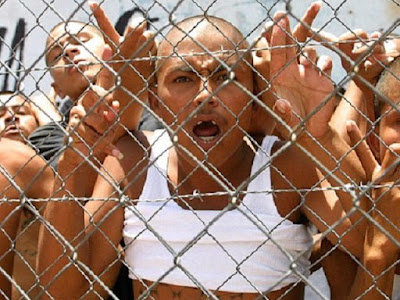 The U.S. is home to about 60 million Latinos, 18.5 percent of the U.S. population. They are the country's second-largest ethnic minority group. A 1994 Smithsonian report found a pattern of "willful neglect" about U.S. Latinos' history and their contributions.

There's only so much you can say about acting as a biological weapon, lowering wages, committing crimes, defecating, siring massive bastard broods and never washing, I'm afraid.

Supporters have spent decades trying to get congressional approval for the Latino museum.

While you work a miserable job and stagger toward a future sure to be worse than the present, the termites are always eating.

"Today's passage of the Latino Museum Act is a long-overdue victory for all Americans, one that my friend and fellow New Yorker Congressman José Serrano began fighting for over 20 years ago," Senate Minority Leader Chuck Schumer, D-N.Y., said in a statement.

The jew behind the evil. You didn't really think an 80 I.Q. "meeeee waaantteeee meeeeseeeeeuuuuhhhhhmm, eyeeee theeeennnkkk" castizo got this outrage done, did you? Every. Single. Time.

Serrano, D-N.Y., who has served in Congress since 1990, announced last year that he had been diagnosed with Parkinson's disease and would not seek re-election. CHC chair Castro said the legislation was a "testament" to Serrano's efforts after 46 years in public service.

Wow, what a hero. Look around and ask yourself "Are things better now than they were 46 years ago?"

We should get that Yemeni museum by 2030, assuming America still exists, somehow.

The bill includes language agreeing not to portray a single political ideology in exhibits and artifacts to reflect the diversity of the Latino experience.

The exciting "diversity" of a monolithic feculent horde of alien opportunists picking at the national corpse.

Modern Heretic will not be updated during the Christmas Holiday but will return Monday.