Soon we will be ruled over by a senile criminal scumbag with a head full of dust and a mystery meat whore who claims its alien family always enjoyed celebrating a phony holiday created by a negro criminal. Or, more accurately, these will be the venal puppets on the end of jewish strings who will be allowed to wallow in graft and hypocrisy in exchange for unleashing the next stage of the kosher "great reset" collapse. Time to take your orange Yang fiat counterfeit down to the gun store. The phony tough guy is done, the master of 100-dimension chess lost a game of tic-tac-toe to urban negro dullards. Datt wadda pape bee brokk an sheeet. The decline and fall is here. The days of pretending we still have lots of time are over. If it's any consolation, business as usual continues in the Chiraq zoo where the coming mongrel cannibal state celebrated "kwak-kwak" in the approved fashion. Dis mudda fuddin kan-dall rep-ree-zants drillin on dem ops sittin in duh whip.

A very Chiraq Christmas. Evolutionary dead-ends getting zapped in my unbelievably corrupt cold weather Mogadishu? It's more likely than you might think.

ABC 7 / Chicago Sun-Times reports the first fatality occurred Christmas Day at 2:30 p.m., when a 57-year-old man was shot multiple times “in Grand Crossing.” He was taken to a hospital where he died.

The world's oldest teen got smoked. We are all equal. Democracy is the best system. Race isn't real. Vaccinations will keep you safe.

The weekend’s second fatality came at around 8:35 p.m. Christmas Day when a man was pronounced dead after being found lying “in the 900-block of East 82nd Street” with a gunshot wound.

The third fatality occurred less than an hour later–at 9:20 p.m.–when a 20-year-old man in “the 3300-block of West 52nd Street” was shot multiple times and killed.

Wow, what are the odds? Talk about bad luck. That's the only possible explanation, since the tar monster is just as intelligent and conscientious as any White. Well, "racism" is probably also responsible.

Robbery gone right. Good news from the Chicongo all against all? It's a chanukah miracle!

At 10 p.m. Saturday night another fatality was discovered when a man with a gunshot wound was found in an alley in Englewood.

We initially thought it was a pile of dog turds, but it was an "African-American." 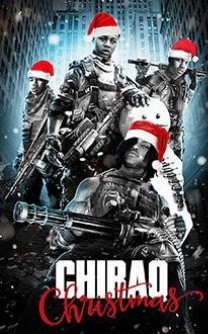 A 24-year-old woman was shot about 3:35 a.m. while sitting in a car Sunday “in the 8300-block of South Paxton Avenue.” She was taken to a hospital and pronounced dead.

No amount of wasteful "badakathcare" is going to solve the problem of sitting in a car in a city annexed by Africa where nightmare monsters "draw dawn awn dem hoes."

A male thought to be 17 to 20-years-old was shot and killed about 9 a.m. Sunday while “standing in the 5500-block of South Archer Avenue.”

I have to applaud the tight age range estimate, considering the male congoid reaches maturity with alarming rapidity and then is largely indistinguishable from every other coal creature. This is called "diversity," according to the precious jew.

The weekend violence came days after the Chicago Tribune released data showing some 4,049 people were shot across the city January 1, 2020, through December 22, 2020.

If only we'd passed the "Platinum Plan" this could have been prevented. Trump was the best friend to the "African-American" animal and his endless pandering sure was rewarded. 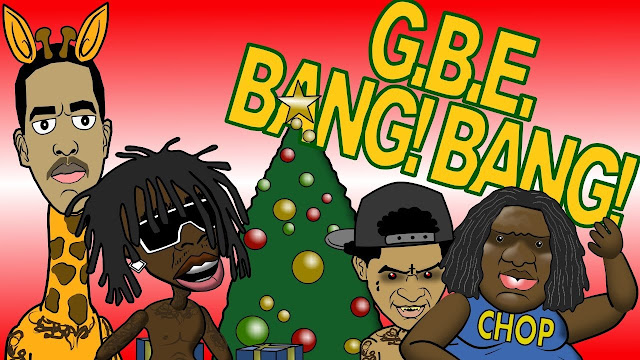