News that Brightens the Soul

Make sure you get your vaccine, gentiles. It won't actually protect you from the China cough, you'll still need to wear a bitch-cloth and we'll need to give you several more in the near future. I know it sounds useless, but we're making big shekels from this hoax and you might get some of that neat-o facial paralysis, you pathetic worm. It's going to be hard to study the I.Q. damage the poison semite syringe causes, mainly because you have to already be an idiot to willingly take the jew jab. We're going to save semi-humanity from the falling sky; people who hate you and want you dead have your best interests at heart. Get back in your house, it's time for "lockdown ten." Where's your "covi-pass," you unclean slave? I will put a round in you. This what you voted for in the most secure and honest election in history. Anyway, here's some comic relief from the Latin American anus.

A woman who sparked outcry by decapitating an owl in a social media video has been shot dead in a drive-by shooing in Colombia.

We're definitely going to get these brown humanoids voting Republican once we move the rest of them into our kosher globalist bodega. Look at all the vibrancy in these soulful aliens, unlike stiff and boring Whites who rarely, if ever, behead owls and then get smoked by a cartel.

Mileydis Aldana, 21, was assassinated by a motorcycle rider outside her home in the town of Corozal in Sucre state on Sunday afternoon.

A zany zambo is a better [American] than you are. Sadly, this worthless animal was made slightly more aerodynamic and much less dangerous by a murder-cycle.

It comes six months after Aldana was dubbed the 'Owl Killer' for beheading a live barn owl in a sick video she posted online.

Meet Mitt Romney's running mate for 2024. Dead, you say? That hardly matters. Hell, it's probably an advantage in winning the critical "deceased vote."

The woman then posed with the dead bird, brandishing its head in one hand and holding its headless carcass in the other.

How many should we put you down for, Idaho?

On Sunday, two men on a motorbike appeared outside her home in the Luis Carlos Galán neighbourhood at around 5pm.

Aldana was rushed to A&E by her relatives but she was dead by the time she arrived at the hospital.

No amount of mud world "badakathcare" can save this worthless piece of la-teen-oh garbage.

In June, she went viral across Latin America for her disturbing video and pictures showing her killing the white barn owl.

It sure is weird how sickening animal cruelty is epidemic in every brown sewer. It's almost like they're not fully human.

She had been questioned by police over killing the owl after Colombia's environmental agency was made aware by concerned citizens.

This investigation was somewhat hampered by not having an actual functioning government.

Andres Rojas Arenas described the event of her passing as 'news that brightens the soul'.

LOL, based semi-human. I bet we could get this creature to support Rubio.

Meanwhile, Ramirz Juli said: 'The owl came for her.' 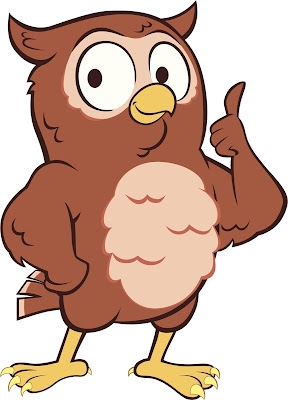