The decline and fall of the Liberia Ball has been the result of very typically jewish arrogance and overreach. All the rat demon had to do was keep this kosher I.V. going for a few more years and the coming demographic disaster would have done all the work, but instead they went off the anti-White deep end in the Rwanda Rugby and are rapidly losing one of their main gentile pacification devices. More and more Whites are coming out of the semitic stupor. Watching a creature straight from a nightmare run around for a few seconds and then howl into the camera about how it wants to kill Whites is no longer the massive crowd-pleaser it once was. We're turning off the electronic syangogue and getting ready for the imminent collapse of our dead country.

The NFL enjoyed a rebound in the ratings and a relatively rare week of good fortune over the Thanksgiving holiday, but it did not last.

Don't go to "super spreader" family events, you unclean meat. Instead, watch the amazing evolutionary dead-ends on your talmudvision. Incredibly, there was some mild appeal to this kosher snow job, but "Turkey Day" is over and the Tanzania Tackling continues to slide into irrelevance. The precious shekels lost, the goyim hitting the power button of hate. This is the worst "racism." Yew wites bee lack sum demons ore sumthin, huh, huh, huh.

One week after having their best ratings week of the year, the NFL faceplanted with a 14.5 million viewer average for Week 13. That number represented a 29% drop in viewership from Week 13 of last season. For the year, the league is averaging 15.2 million viewers per week, an eight percent drop season-to-date.

Put down the estrogen drink with the weird "U" on the bottle. Pull up your pants and take out the ball-gag. Turn off the telavivision. We've got a rotting mongrel nightmare state to bury.

Postponements and scheduling complications stemming from the coronavirus definitely played a role in the chaos of Week 13, as did the ongoing disaster that has unfolded in Dallas.

They're talking about the living fossil team being bad and not that whole JFK thing, just to clarify.

For years, the NFL could count on the Cowboys to provide solid primetime and afternoon national ratings. However, historically bad defensive play and a series of bizarre coaching decisions have spoiled Dallas’ television appeal.

I turned it off because the defense is bad and the negro collective tried a running play in a clear passing situation, not because of the pervasive cultural marxist evil.

The stakes are high. All of the league’s media deals expire after the 2021 and 2022 seasons. There are potentially billions of dollars at stake as the NFL tries to nearly double its $5 billion annual rights fees from media partners ESPN, CBS, NBC, and Fox.

Destroying formerly healthy White nations is the one thing the jew values more than the shekel almighty.

Of course, there’s a reason why NFL executives would fear a ratings collapse similar to that of 2016 and 2017. After all, it was in 2016 that original anthem protester and then-49ers quarterback Colin Kaepernick began his anthem protests.

Yeah, the "original." I remember there was some "Nation of Islam" brown clown in the African Tree Hockey who didn't want to stand back in the nineties, but recalling the past is bad so we'll pretend this predictably ungrateful and pathological behavior from dark morons and tragic mulattos is a recent a phenomenon.

The protests were copied by several other players and then, copied by virtually the entire league in 2017. Those actions heralded the beginning of a stunning decline in the popularity of America’s most popular game.

It turns out most Whites don't want to hear jew-promoted whining from wealthy tar monsters. There is a limit to how much semitic abuse we'll take, even for the sports cuck.

The beginning of the 2020 season saw the NFL complete their surrender to Kaepernick’s social justice movement when Commissioner Roger Goodell publicly said he wished he had “listened” to Kaepernick earlier.

Be careful what you wish for, etc.

That, coupled with an avalanche of social justice imagery and messaging after the death of George Floyd, only further distanced the league from a fanbase searching desperately for an escape from politics and pandemics.

Take your "Great Reset" and shove it, shlomo. 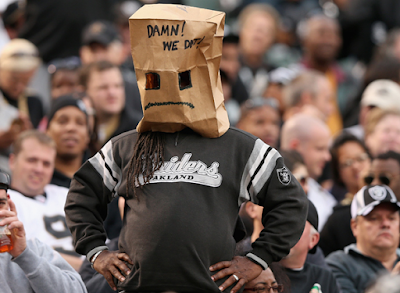