I must applaud the courageous decision of our One Party System to impeach the phony tough guy, I mean the real fascist guy, and save us from the evil White supremacy the "...and Israel!" President has so aggressively championed. It's very important this monster is removed from office, especially with (checks calendar) less than a week left to pardon jewish spies and make embarrassing statements about a patriotic demonstration in the swamp. When I first typed the previous sentence I accidentally transposed week into "weak," which is actually pretty accurate, too. In any case, the bad Cheeto Man must be stopped at all costs, even if means destroying any remaining faith in a corrupt kosher system that the more delusional among us might still cling to, bitterly. But don't take my word for it! Consider this amazing statement by jewish "academics" at American communist indoctrination centers, who took a break from teaching blood libels against our people to condemn a man who spent four years kissing semitic tuchus and, more importantly, the evil normal Whites tricked into supporting the civic nationalism snow job.

As scholars of Jewish studies, we are deeply attuned to the convulsions of modern history. We are also cautious about making historical analogies that smooth over the rough crevices of the past.

As the architects of the disastrous jewish century which unleashed all the evils of modern Clown World, we are highly reluctant to call much attention to the past, instead focusing on an endless present where we rule over you, the cattle. We are especially reticent when it comes to the holohoax or comparing people we don't approve of to the "not-sees," but these are extraordinary times we live in, what with all the crevices and convulsions.

And yet, after witnessing Wednesday’s attempted putsch at the Capitol, it is impossible not to be reminded of the grave dangers of complicity, both active and passive, with an unhinged and egomaniacal autocrat.

Hooliganism and misdemeanor trespassing are now a putsch, according to the poisonous mushroom. Wow, the things you learn from the chosen professors, I'd be a fool not to go into six figure debt which can't be removed by bankruptcy. We must stop the mad dictator who was democratically elected, constantly tried to cooperate with his enemies, was simply overruled by courts at every turn and blew a lot of hot air on a kosher information-gathering site that has now banned him. It's almost like the jew has a guilty conscience and sees threats that don't exist.

We know well how such forms of complicity proved deadly to Jews in the 20th century.

On Wednesday, an unruly mob, animated both by anti-democratic sensibilities and white supremacy, marched through the halls of the Capitol with a confederate flag, set up a noose across from the Capitol and donned shirts mocking the Holocaust.

Failing to accept a fraudulent election is now "anti-democratic," according to our great ally. Also, shirts of hate! We must outlaw clothing crime. Then I saw Confederate flags! We sold them the worthless negro burden as the bargain of a lifetime and then descended with carpetbags in hand after the dumb Union golem had burned and destroyed their homes, we can never forgive them for how much they hurt our fists with their faces.

They ransacked offices, defaced the rotunda, occupied the congressional chambers and took selfies to normalize their hatred inside our nation’s greatest edifice of democracy.

The sacred building! Holy offices! Selfies of pure hatred! An unarmed woman was also shot in the throat and killed, but we're supposed to be angry about some papers knocked off a desk.

Of course, the chief culprit is Donald J. Trump, who long ago abdicated any meaningful commitment to the presidential oath of office “to preserve, protect and defend the Constitution of the United States.”

If you're wondering how much goodwill you could build in four years of slavish devotion to the jewish crime family and their vile ethnostate, here's your answer. As soon as you're not useful, it's into the trash. You would think Whites would start noticing this and stop begging for crumbs off the kosher plate, but I guess it's easy to miss with all the easily available pornography and drugs.

Furthermore, it would be an abdication of responsibility not to censure those Senators and Congresspeople who so recklessly perpetuated the lie of a stolen election that has shaken the foundations of American democracy to the core.

The idea that the election was anything other than scrupulously honest is laughable. Dusthead and the whore are the most beloved political figures in our nation's history. Captain Senility gave a rally in Arizona where literally no one showed up, but that's because the sky is falling and there's a deadly flu of unknown origins. Everyone loves this venal scatterbrained bully and the Hindu Hoover vacuum. To claim otherwise is to recklessly perpetuate a lie, I learned this from our best moloch tribe intellectuals.

And it is necessary to investigate the manifold failures of the various law enforcement agencies in Washington to anticipate the angry mob and prevent it from breaking into the Capitol.

Failures like opening the doors of the building and standing aside, as if hoping to create useful propaganda for the jewish parasite. Instead, we saw weakness, cowardice and fear of the electorate they're supposed to represent from the criminal yids who dream of our enslavement.

We know well how lethal it can be to fail to call out complicity with corrupt and immoral regimes. We know how dangerous it is to ignore the steep erosion of democratic values and principles in this country over the past four years.

And we condemn — in the strongest possible terms — the culture of violence and hate that white supremacy has produced in this country.

I'm sure the condemnation - in the strongest terms!!! - for the months of Afromania you funded and promoted and your desert mafia's endless crimes will be coming any day now.

The time has come to restore legitimacy to government and the rule of law by holding to account those responsible for yesterday’s violent insurrection.

When I look at a mystery meat who sucked off a married 70 I.Q. affirmative action negro dullard to get a career boost the first word that pops into my head is "legitimate." 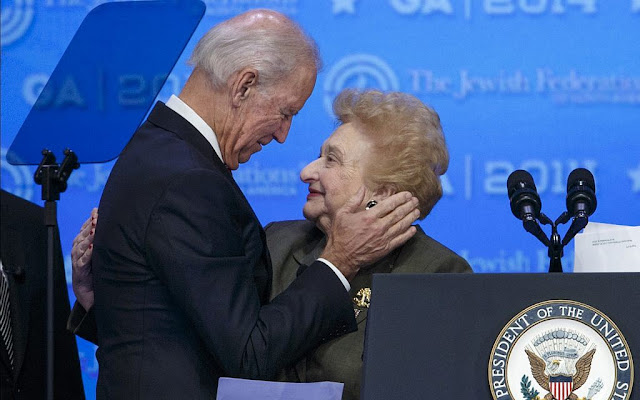