After a four year nightmare of rude tweets, tepid civic nationalism delusion, low "African-American" unemployment, legal sodomy for Botswana and slavish devotion to Israel, it's nice to see everything getting back to normal. By "normal," I mean endless foreign war for the jew, open borders, "the jobs aren't coming back," slavish devotion to Israel and "great reset" lunacy. Where's your "covi-pass," you scumbag criminal? Don't even look at the White House, I will put a round in you. Yes, the healing has clearly begun. Meanwhile, in the Chiraq all against all, nothing has changed. In an urban hell annexed by Africa, the shifting winds of political fortunes mean nothing. The importance of "black lives," community policing on "steroids," the left-handed dullard sex beast, it matters not in the slightest. Nikkas be geddin blasted an sheeet.

At least 30 people were shot in Chicago this weekend, and seven of them were killed.

You know the White "racism" and "terrorism" is bad when this keeps happening. Brothas are getting hos-tile because White genocide isn't accelerating fast enough. We need a lot more open kosher persecution of the "unfair skin."

The first fatal shooting reported this weekend happened at 8:53 p.m. Friday in the 6500 block of South Kenneth Avenue in the West Lawn neighborhood. Police said a 26-year-old man was standing in front of a home when two men came up and shot him in the head and chest.

This is an original current event and not a lazy attempt to pass off something from six months or six years ago as new, honest injun.

The man was pronounced dead at the scene, police said. He was identified as Justin Reyes.

See, it's not all negroes, you "racist." It's also la-teen-oh garbage.

At 9:48 p.m. Friday, a woman was found in an alley behind the 100 block of East 118th Place in the West Pullman neighborhood with a gunshot wound to the head. She was pronounced dead at the scene.

"Ratchets" getting smoked in alleys. Wet-ass head wound. We hold these truths...c'mon man. You know the thing.

No witnesses to the shooting have been identified, and further details were not known late Saturday.

At 7:44 p.m. Saturday, a man was found shot dead in a burning car in the 12000 block of South Yale Avenue in the West Pullman neighborhood. Officers found the unidentified man of an unknown age in the burning car with a gunshot wound to the head.

As our nation decomposes, it's no longer enough to get zapped while sitting in a car. The "whip" also needs to be on fire. Build back better.

At 12:51 a.m. Sunday, police were called to the 7900 block of South Paulina Street in the Auburn Gresham neighborhood by a ShotSpotter alert. They found a 24-year-old man unresponsive with gunshot wounds to the back, lower backside, and legs. The man was taken to Advocate Christ Medical Center in Oak Lawn in critical condition and was later pronounced dead there.

We initially thought it was a pile of dog turds with clothes loosely draped over it, but it was an "unresponsive" genetic alien. Time for some of that quality "badakathcare." You'll get the bill. 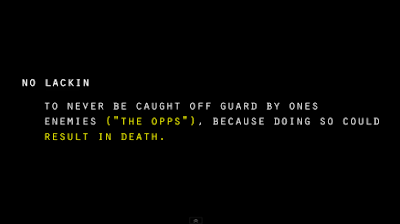 At 1 a.m. Sunday, 0ne man was killed and another was critically injured in a shooting at a gathering at a residence in the 1100 block of West 104th Street in the Washington Heights neighborhood.

I guess we're done with that whole "avoid groups to prevent the spread of a deadly plague" trick bag.

At 4:49 a.m. Sunday, a 34-year-old man was found in the 2800 block of West 23rd Street in Little Village with multiple gunshot wounds throughout his body. He was pronounced dead at Mount Sinai Hospital.

Also this weekend, a 24-year-old man was critically wounded in a shooting in the 3800 block of West Gladys Avenue in the West Garfield Park neighborhood.

But wait, there's even more! If groids in burning cars getting drilled isn't enough, we'll throw in some more poorly described decline and fall!

There were no witnesses, and the victim was uncooperative with officers.

Wow, really? I guess you never had "the talk" with your father. Usually coal creatures are very compliant with officers because they're so afraid. The many responsible male role models carefully explain to "yoots" why they should be, namely White "racism." The "five oh" routinely murder innocent living fossils.

At 2:11 a.m. Saturday, a 24-year-old woman was inside an apartment in the 9000 block of South Escanaba Avenue in the South Chicago neighborhood when a fight broke out and a male friend of the woman’s fired two shots in the air to break it up. One of those shots hit the woman in the arm, and she was taken to Advocate Trinity Hospital in fair condition, police said. 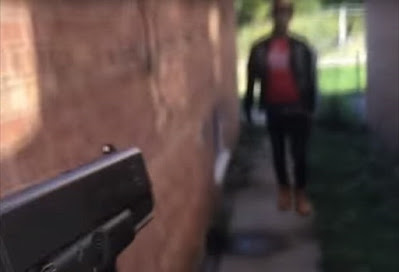