Chicago: Sitting Inside a Parked Vehicle

I thought the jew-run criminal government would at least have the common courtesy to wait until Whites are an "absolute minority" before making us the demonized scapegoat for all the considerable failings of the "multi-cult" clogged toilet, but it looks like we're already here. The two main goals of the Harris Administration are going to be punishing Whites and removing our freedoms. While this attack is occurring, every brown looter will get a chance to scavenge the dead body politic. Will America fracture or is Brazil and then South Africa our future? Can you turn over seventy million ordinary people into hated outsiders and somehow maintain the fiction that our country exists as a meaningful corporate entity? With a literal whore and a scumbag with a head full of dust at the helm, it doesn't look promising. We might be seeing another "fundamental transformation" soon, but in the Chiraq zoo nothing has changed, as more predictable negro pathology happened, despite the impressive brilliancy of the "help everyone but Whites" Biden economic plan.

Our mongrel nation is resilient. Despite "domestic terrorism" and an "insurrection," the tar monster continues to "drill" in rotting ruins that represent the dark future of the North American Economic Zone.

Someone fired shots about 9:25 p.m. as the 19-year-old rode in a vehicle in the 4300-block of West Madison Street, Chicago police said. The man showed up at Stroger Hospital with a gunshot wound to the leg, and was listed in good condition.

I'm not sure why a nightmare animal getting dinged while getting the roll on is the first example of weekend monkeyshines in this article, especially considering the staggering all against all to come.

The man told officers he did not see the shooter or know where the shots came from, police said.

Honestly, who knows? The only true wisdom is realizing you know nothing.

A 31-year-old man was shot Sunday morning in Lincoln Park on the North Side. About 4:30 a.m., he was inside a short-term rental property in the 900-block of West Wrightwood Avenue, when he was shot in the buttocks, Chicago police said.

He walked in the Illinois Masonic Hospital and is in good condition, police said.

The reason we built civilization, conquered the wilderness, unraveled the secrets of our universe and reached toward the stars is so we could pull bullets out of the "booty" of a dangerous genetic alien.

Officers were able to go to the rental property and detained the people inside, but witnesses have been uncooperative, police said.

Wow, there's a big surprise. It turns out the real life negro is, at best, a sullen inferior filled with hatred for their benefactors. I guess these "people" never had "the talk" with their hypothetical fathers about how the "five oh" is looking for any excuse to kill you over the "color of your skin" and total compliance is therefore necessary.

Two men where wounded in a shooting early Sunday in Lawndale on the West Side. They were sitting inside a parked vehicle about 2:45 a.m. in the 2700-block of West Polk Street when they heard shots and felt pain, Chicago police said.

Yes, my good man, sitting in the horseless carriage in the small hours here in an urban heart of darkness is a belting idea. Hello, were those the reports of a brace of pistols? I am smarting from my newly acquired aerodynamism. 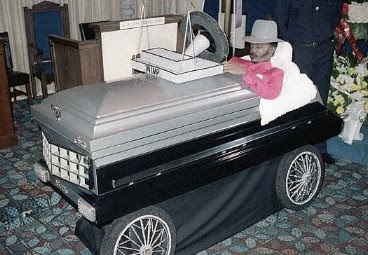 No one is in custody as Area Four detectives investigate.

A 15-year-old girl was in critical condition Saturday after being shot on the South Side. She was riding in the back seat of a car about 5 p.m. in the 10300-block of South Halsted Street when someone unleashed gunfire, Chicago police said.

Some people did something. The community policing on "steroids" should be showing discernible improvements in the Chicongo zoo any day now.

A man was fatally shot Saturday in Hyde Park on the South Side, police said. He was near a parking garage about 5:10 p.m. in the 5000-block of South East End Avenue when someone opened fire, striking him in the head, Chicago police said.

Sitting in cars. Driving cars. Being near parking structures. This is the rich and exciting "diversity" of the brown inferior experience, not like stiff and boring Whites who rarely, if ever, zap each other in various automobile-themed situations.

Hours earlier, a woman was killed and another wounded in a shooting about a block away.

What are the odds? Talk about a run of bad luck.

They were inside of a store about 3:30 p.m. in the 9300-block of South Halsted Street when someone approached, pulled out a gun and unleashed gunfire, Chicago police said.

Walk-by shootings. If only the "Platinum Plan" had been realized, but the phony tough guy genius behind this brilliancy might be in prison very soon.

A 20-year-old man was shot in the head and taken to Christ Medical Center in Oak Lawn, where he was pronounced dead, police said.

The woman suffered gunshot wounds to her back and neck, police said. She was taken to the same hospital in good condition.

My back, my neck. Put them on a boat and send them back.

No arrests have been reported. Area Two detectives are investigating.

When I push these two buttons it types "No arrests have been reported" automatically, saving me precious time. 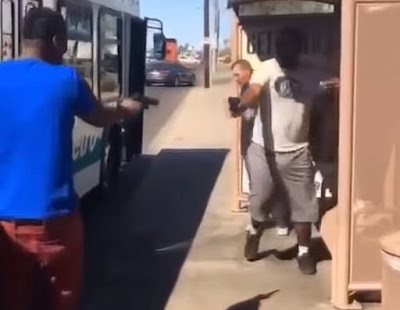