Our jewish enemy honestly seems to believe it will somehow protect itself from all the damage this criminal tribe has caused in White nations. After all, it's right there in the demonic bathroom tissue which serves as a "holy" book for the rat demons. They're going to rule over brown slaves. For a Soros or a Bezos this probably still seems like a reasonable future once the "Great Reset" (Just a conspiracy theory, goyim!) is completed and their obscene wealth and walled ethnostate can act as a buffer against the mud world hell they unleashed. Meanwhile, the average poisonous mushroom is starting to get hit with friendly fire from their biological weapons and its time to kvetch to other yids about the waking nightmare created by their own endless attacks on the hated gentiles. Consider today's incredible story, where a chosenite gets popped by its former merchandise and whines to its fellow parasites.

I was shopping with my wife at a Target store in Brooklyn, NY yesterday on Flatbush Ave. As we were headed out, my wife went to the checkout line to pay and I headed to the restroom.

Time to do the same thing to a public toilet that we did to Europe during the disastrous jewish century. It sure feels good to spend shekels and wander through the strident and ugly globalist bodega our desert mafia tirelessly worked for. What could go wrong?

A women with a shopping cart at an angle going the “wrong way” blocked my natural path so I went in the opposite lane of shopper traffic. I attempted to pass two African American men in the other “lane” by going all the way to the outside.

Welcome to 2021. Everything is going to be different. Your life is going to change for the better.

I don’t believe I was going fast and believe there was a fair amount for room for everyone to fit-but as I passed them, one of the men quickly raised one of his elbows like a weapon and thrust it quickly and forcefully into my nose, breaking it in two places.

The former "bargain of a lifetime" blasts the merchant right in the old number six. You'll teach them to act sort of human, don't worry. This is an economic necessity. Freed from the kosher chains the "African-American" animal hammers the tapir snout.

The assailant yelled something at me, but I was so dazed and my glasses were askew and there was blood in my mouth that I couldn’t hear what he said.

Fog of war and all that. We can only assume this well-behaved negro was trying to apologize for its accidental contact with a chosenite. After all, they're just like you. The only reason they behave in such a pathological fashion is because of "racism," a meaningless word my moloch cult invented. Here's a mouthful of blood libel. Jew boy bleed a lot.

I reported the incident to security (African American) as to what had happened and that my assailant was still in the store and what he looked like.

I'm sure you'll get some high-quality aid from the "eye kanna hee-ah yew" dark idiots your communist cult forced upon us. I bet La-ah and her giant fingernails and bloated posterior can't wait to rush to the aid of a leaking Levantine.

They told me they couldn’t do anything and that I should call 911, which I did as my nose bled heavily. They looked disinterested at best.

We kann dew nuffin, mudda fudda. I know, I was surprised, too. It's almost like these creatures are a failed branch of humanity with alien genetic material from an unknown source and not our "equals" like you preached in the communist indoctrination center, the JUDEO-christian church and the talmudvision.

Finally, the assailant himself appeared again as he was walking out of the store. I pointed him out to security, but they just ignored me.

The tar monster "not-sees" triumphed because good simians did nothing.

The police showed up and took a statement, they checked the security footage and verified it was an assault and then they left. I don’t believe they even questioned Target security.

Unfortunately, I should have been even more vocal and made a scene-but I was dazed with a broken nose and wasn’t feeling well. I blacked out not long after the paramedics arrived.

I was hurt so badly I couldn't even spit and yell at the cattle. Oy vey. Then I passed out from all the humidity.

I am a white male.

Target corporate literature makes it very clear that they take diversity seriously and have corporate goals to hire people of color. However, did this diversity and inclusion backfire in the worst way if their security selectively decides when to make an issue of something and when not to and was their lack of response race related?

Wow, there's some food for thought. Really gets the old noggin joggin', let me tell you.

Target employees didn’t elbow me in the face, but the logical conclusion of their response towards the matter suggests that lawbreakers of certain demographics feel emboldened to commit crimes in Target stores because they know they will get a free pass.

It's almost like the eroding rule of law and the afromania promoted by your desert syndicate have larger societal consequences that aren't entirely positive. Don't worry though, a "fellow White" using the name "Ben Torah2" has some excellent advice for you.

This is very simple. Hire a competent lawyer and sue Target. 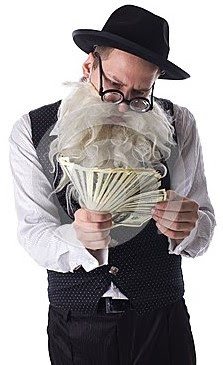