The greatest threat facing our kosher globalist bodega is "White supremacist" terrorism. This is why Dusthead Joe, despite being the most popular candidate in American history, must cower behind alien mercenaries and barricades, almost as if he was the figurehead of an occupational government. That's not the case, of course. The problem is Whites. Who could forget the putsch where evil people without color attacked our sacred holy buildings, killing dozens of brave police, who deserve to be fully funded, in the process. The sickening and blasphemous outrage we saw that day was a million times worse than "nine eleven" and maybe even 1% as bad as the holocaust. Speaking of the day of the dancing Israelis, here's an incredible tale of a plot against "never forget" visual pollution from the same American golem which bravely defended a senile criminal scumbag from a legion of pale villains who, if you want to get super technical, don't actually exist.

A U.S. Army soldier was arrested Tuesday in Georgia on terrorism charges after he spoke online about plots to blow up New York City’s 9/11 Memorial and other landmarks and attack U.S. soldiers in the Middle East, authorities said.

I'm surprised this useful idiot even got in trouble. It's not like he was posting about lukewarm conservative ideas or even gormless civic nationalism. These Crime Thoughts must be purged at all costs.

Cole James Bridges of Stow, Ohio, was in custody on charges of attempted material support of a terrorist organization — the Islamic State group — and attempted murder of a military member, said Nicholas Biase, a spokesperson for Manhattan federal prosecutors.

It must be one of those "klan" members we're always hearing about but never seeing. Maybe a vile "not-see" who wants to turn precious jews into living room furniture? And...it's moose-limb idiocy. My rock cult wanted me to blow up "landmarks," which is now bad again, apparently. It's hard to keep up sometimes, dealing with all the massive semitic hypocrisy and contempt for our intelligence.

The 20-year-old soldier, also known as Cole Gonzales, was with the Third Infantry Division out of Fort Stewart, Georgia, when he thought he was communicating with the Islamic State online about the terrorism plots, Biase said.

It just keeps getting better. The crazed castizo spent the final days of an amazing four years without a war for Big jew (that will change soon, don't worry) talking to moon cultists and plotting destructive mischief that our media and elected criminals completely approved of.

Unbeknownst to Bridges, an FBI employee was in on the chat as Bridges provided detailed instructions on tactics and manuals and advice about attacking the memorial and other targets in New York City, Biase said.

The future of "The War on Terror" mostly involves gaslighting mongrel goblinoids and spitting and howling against imaginary Whites.

“Fortunately, the person with whom he communicated was an FBI employee, and we were able to prevent his evil desires from coming to fruition,” Sweeney said in a release.

We stopped the evil desires we instilled in this mystery meat. "Wow, what a hero" seems woefully inadequate here. Heckuva job, Brownie.

“Our troops risk their lives for our country, but they should never face such peril at the hands of one of their own,” U.S. Attorney Audrey Strauss said.

According to a criminal complaint in Manhattan federal court, Bridges joined the U.S. Army in September 2019 and was assigned as a cavalry scout in Fort Stewart.

According to court papers, he expressed his frustration with the U.S. military and his desire to aid the Islamic State group.

Moe-ham-head said I could actually ride a horse instead of just cleaning stalls.

It said he also provided portions of a U.S. Army training manual and guidance about military combat tactics.

When the I.E.D. goes off, try to go limp or something. I mean, what have you got to lose at this point, etc.

This month, according to the complaint, Bridges sent a video of himself in body armor standing before an Islamic State flag, gesturing support.

What a story. So, who is ready to put the boot of freedom into Iran or that animal Assad? 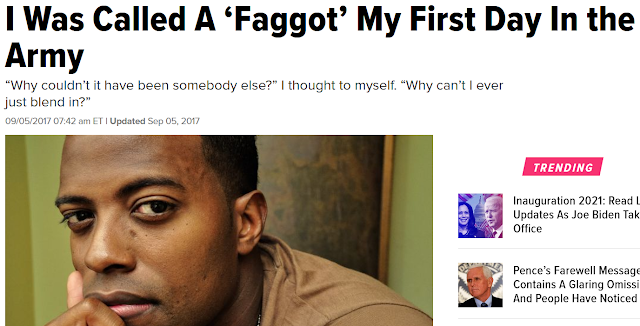