Today's doomed North American Economic Zone resembles the final days of the Soviet Union, with the additional problems inherent in maintaining a massive and worthless population of brown sewage. We are ruled over by vile jews with rotting bloated faces, ghouls feasting on the entrails of our national corpse. We can't defend our borders, we can't keep our cities from burning, we can't hold an election that isn't an obvious fraud, we can't have an inauguration for the dusthead usurper, we can't do anything except bleat "revolutionary" slogans and continue a shockingly rapid collapse. With this in mind, it makes sense that our criminal government would fill its ranks with the most broken alien animals possible and I'm sure you'll be relieved to know this is definitely the case. Consider today's wild story of a "we wuz kangz, wites de duh debil" living fossil preparing for a sinecure within the Harris Administration.

Not only does race determine your destiny, wrote Kristen Clarke as an undergraduate at Harvard, black brains contain large amounts of neuromelanin, making them superior to whites physically, mentally and spiritually.

The impressive mind and anti-soul of an 80 I.Q. Harvard graduate (!) who thinks skin pigmentation somehow seeps into the primitive frontal lobes and creates the negro genius we see all the time in places like Chiraq and Detroit Rot City. Gitts datt neuromelanin, mudda fudda. This dark imbecile was given an Ivy League degree. It's going to be promoted to the top levels of the sacred and holy government that we all must worship. Welcome to Clown World, stay as long as you want.

Delusional tar monster dullard to play "civil rights" court jester in the hall of the "badakathcare" king. I can't say this is a huge surprise.

While she claims her intent is to "close the door on discrimination" by enforcing federal civil rights laws, her past statements reveal her true intent, Carlson said.

We'll put an end to genetic realities with more anti-White laws! I'd be shocked, absolutely shocked, if this somehow fails.

In 1994, Clarke wrote a letter to the Harvard Crimson in her capacity as president of the Black Students Association to explain her views on race science.

Prepare to be amazed by the scientific rigor and basic goodness of Aunt Jemima, leader of the "only here because we're forced to take them out of fear of punishment" brigade.

She wrote: Please use the following theories and observations to assist you in your search for truth regarding the genetic differences between Blacks and whites [sic].

As someone who has spent a lot of time in my "search for truth" in regard to "genetic differences," I can't wait to hear La-ah's conclusions and compare notes. Let's break out those I.Q. charts...

One: Dr Richard King reveals that the core of the human brain is the 'locus coeruleus,' which is a structure that is Black, because it contains large amounts of neuro-melanin, which is essential for its operation.”

Rapid maturation is, of course, a sign of a less complex animal, but go off, Nubian Queen.

Look at that boy run and now look at its superior mental abilities! The skin color caused it! When you mix comical and pathetic "We wuz jewz" negro nationalism with delusional mainstream "Race is just skin color!" denial, this is the end product.

Four: Some scientists have revealed that most whites [sic] are unable to produce melanin because their pineal glands are often calcified or non-functioning. Pineal calcification rates with Africans are five to 15 percent [sic], Asians 15 to 25 percent [sic] and Europeans 60 to 80 percent [sic]. This is the chemical basis for the cultural differences between blacks and whites [sic].

This completely idiotic pseudoscience will soon be the basis of our national "fewer Whites in everything" policies. I can hardly wait.

Five: Melanin endows Blacks with greater mental, physical and spiritual abilities – something which cannot be measured based on Eurocentric standards.

Our crazy "Eurocentric" standards like "Math and reading" or "Not brutally murdering already helpless victims of a robbery" fail to measure the impressive achievements of the Crabgrass-American.

Under pressure for expressing such racist ideas, Clarke suggested she didn't necessarily believe what she had written.

Well, that's a relief. I'm completely satisfied with this lazy excuse from an evolutionary dead-end who hates my people.

But a month later, Clarke invited the noted Trinidadian anti-Semite Tony Martin to speak on campus. Martin, then a professor at Wellesley College, was the author of a self-published manifesto called "The Jewish Onslaught." In it, Martin chronicled the "escalating Jewish onslaught" against black people.

I guarantee this is the only reason we're even hearing about this. Spew inane hate at Whites all you want, but there's a certain animal that's a little more equal. Based Nightmare Monster attacked the moloch tribe and now there will actually be consequences.

He attacked both Jews and Judaism as a religion. Martin, who retired from Wellesley in 2007 and died in 2013, spent his final years giving speeches to Holocaust denial organizations on topics such as "tactics of organized Jewry in suppressing free speech."

Where is the lie?

For her part, Clarke strongly approved of Martin, telling The Crimson: "Professor Martin is an intelligent, well-versed Black intellectual who bases his information on indisputable fact."

Who will emerge at the top of progressive stack as the sickening alien evil devours itself?

Last year, Clarke said it was "madness" for the federal government to take the side of Asian applicants who had been denied college admission on the basis of their skin color.

After all, they have neuro-yerrow which gives amazing ant farm abilities.

Clarke, the current president of the Lawyers' Committee for Civil Rights Under Law and a former prosecutor with the Department of Justice, has been critical of police brutality and a proponent of Black Lives Matter. She supported calls to defund the police.

Who could have predicted this? Cool it with the "anti-semitism" and you've got a great future as a scavenger in our nation-shaped carcass.

Clarke contended that police have taken on roles that were never intended for them and "have too much contact with communities on issues they were never equipped to address."

I'm not sure what this even means, but then again I didn't go to Harvard, my brain is full of pale pathogen and my Pineal gland is basically a rock. 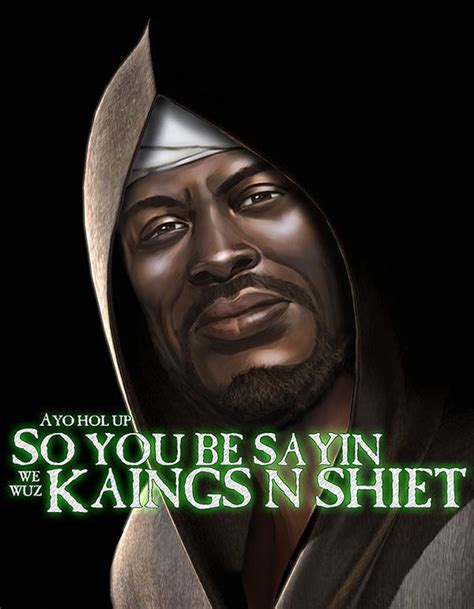