Like any sane and rational adult with a head full of serious thoughts, I'm extremely excited about watching the Liberia Ball championship. This semitic spectacle will feature thrilling "tugs," creatures straight from a nightmare trying to make each other "hurry" and, of course, amazing commercials to encourage deeply fulfilling consumerism with the thousands of Biden Bucks which should be arriving any day now. I certainly can't wait to spend my fiat currency on sugar drinks, estrogen drinks and other, as of yet unknown drinks that will also be detrimental to my physical and mental health while preventing muscle gains and the ability to become erect. Unfortunately, my "awareness" of said liquid poison might be hampered by a sudden reluctance of our great ally the advertiser to provide informative vignettes for their toxic sludge during the Rwanda Rugby. It seems that going off the jewish deep end may have somehow damaged the degenerate jungle spectacle as a worthy vehicle for selling the worst available products.

For the first time since 1983, when Anheuser-Busch used all of its ad time to introduce a beer called Bud Light, the beer giant isn't advertising its iconic Budweiser brand during the Super Bowl.

Now we'll never know who will win the Bud Bowl. It's times like this I can relate to Brazilian mongrels who take their own lives because the grass hockey wasn't on their talmudvision. I need this constant positive reinforcement if I'm going to buy the nitwit nectar with the weird little "U" on the bottle. With no friendly merchant to encourage this destructive behavior, g*d knows what I'll do. How am I supposed to soil my pants and throw up on myself during the "third quarter" now that the comforting semitic images encouraging this are gone?

Instead, it’s donating the money it would have spent on the ad to coronavirus vaccination awareness efforts.

From one hurtful product used by idiots to another, nothing has really changed. Where's your "covi-pass," you pathetic worm? I will put a round in you.

Anheuser-Busch still has four minutes of advertising during the game for its other brands including Bud Light, Bud Light Seltzer Lemonade, Michelob Ultra and Michelob Ultra Organic Seltzer. Those are some of its hottest sellers, particularly among younger viewers.

Don't worry, we might still sneak in a few thirty second seminars for Bud Light Organic Soy Cocktail, an extremely popular choice with scrawny and doomed young people. Think of it as a castration in a can!

“We have a pandemic that is casting a pall over just about everything,” said Paul Argenti, Dartmouth College professor of corporate communication. “It’s hard to feel the exuberance and excitement people normally would.”

The sky is falling and muh democracy died and people don't want to see stop-motion Bud bottles "tackling" each other, I guess.

The Anheuser-Busch move follows a similar announcement from PepsiCo., which won't be advertising its biggest brand, Pepsi, in order to focus on its sponsorship of the the halftime show.

You know things are bad when Diabetes Dew has to focus on the mid-game kosher moloch ritual and mongrel alien pornography display.

Other veteran Super Bowl advertisers like Coke, Audi and Avocados from Mexico are sitting out the game altogether.

Fruit for goblinoid peasants, childhood obesity accelerant and Teutonic automobiles for the hypothetical "not living in a crumbling slum" audience. It's a wide net, I'll give you that. Sadly, it's all falling apart after the telavivision opiate went off the anti-White deep end.

To fill the void, newcomers like the TikTok rival Triller, online freelance marketplace Fiverr and online car seller Vroom are rushing in to take their place. Returning brands include M&M’s, Pringles, Toyota and others.

I can't wait to watch nurse cringe videos on "Triller." 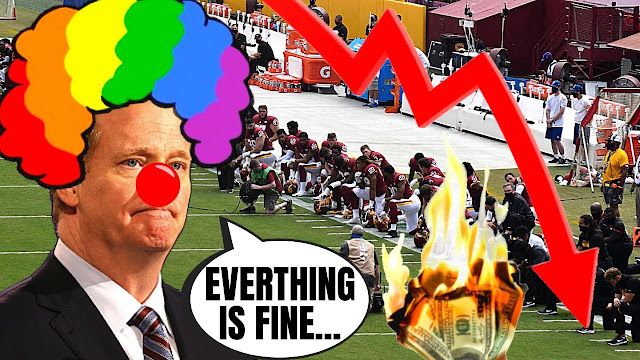 Super Bowl ads are usually developed months in advance and shot in the fall, meaning that ads airing in two weeks were shot under costly pandemic conditions and without any idea how the presidential election would turn out.

I'm afraid our "Do the Trump dance on Triller" commercial has aged very poorly.

That further complicates the already delicate process of striking a tone that acknowledges what's happening with the world, managing to either entertain or tug at viewer heartstrings, and finding a way to tie it all back to their brand.

I'm actually old enough to remember when the purpose of advertisement was making you want to buy a specific product instead of promoting cultural marxism, sodomy, open borders, miscegenation and all the other jewish evils of our time.

“It's a tough year to do an ad," Argenti said. “It will be a good year for creative companies who figure out how to thread that needle."

Never has my brilliant "A train covered in beer logos has somehow entered the Bud Bowl!" pitch looked better. We should go with that instead of calls for White genocide and graphic depictions of buggery.

Monica Rustgi, Budweiser’s vice president of marketing, said the brand is still calculating how much it will spend on vaccine awareness. But she said it will be a “multi-million dollar” commitment that includes donating airtime throughout this year for the nonprofit the Ad Council and COVID Collaborative’s COVID-19 Vaccine Education Initiative.

You know something is a good idea when Big jew is using massive globohomo corporations to promote it.

Starting Monday, the brand will air an ad that celebrates resilience during the pandemic, including a socially distanced birthday parade and athletes in Black Lives Matter jerseys.

Don't worry little Timmy, I'm sure you'll turn ten years old many times so it doesn't matter if it was ruined this year. Now here's some dangerous and moronic super orcs promoting criminality, burning cities and total war against Whites. It's hard to believe people are turning this off.

The ad, narrated by actress and director Rashida Jones, ends with health care workers getting vaccinated and talks about Budweiser’s donation.

All hail our brave "heroes." Take the jew jab, you dumb goyim.

“The Super Bowl is the most popular sports event, aside from the World Cup, that anybody is going to see," added Dartmouth's Argenti. “An event that draws that many people to the advertising is never going to go away."

Too big to fail. Your dead mongrel kosher economic zone will always be there, don't worry.