Phony Hate Crime: The Loan Broker and the Synagogue

The city square in Wuhan was packed full of thousands of people who were all exactly the same last night. No face-diapers, no "social distancing," no "new recruit into a cult" mind control. The Chinese Ant Farm is now much more free than my dead homeland. This monolith of homogeneity and self-interest is going to completely loot the mongrel West. They don't care about female penises or the obese la-teen-ex experience, they care if something is good for their hive. There was a time our healthy individuality could defeat this single-minded collectivism, but that time is over. Freedom of thought and speech have capitulated to the one correct set of jew-approved beliefs for North American Economic Zone bar codes and the penalty for straying from the kosher path and taking the less-traveled road of sanity is only going to get more severe. The patched together mud golem given the illusion of life by jewish magic versus the column of Maoist driver ants. It's going to get ugly. Meanwhile, back in the land of the fee and the home of the slave we're kicking off 2021 with a bizarre tale of "the phone call is coming from inside the synagogue!"

A Jewish Brooklyn man faces hate crime charges for allegedly scrawling messages on four synagogues, and burglarizing one of them, during an hour-long crime spree.

The one mensch phony hate crime spree. Hey chosenite...watcha doin?!? Bagel-breath attacked the devil house. You'll get the blame. This is all your fault, cattle.

Emil Benjamin, 39, was charged Thursday with burglary and criminal mischief as a hate crime in connection with the early Saturday spree.

In six months "Emil" will be portrayed by a blue-eyed White "not-see" in the semitic retelling of this highly suspect incident on your telavivision.

Benjamin told the Daily News in 2011, after he was stabbed on a Brooklyn subway platform, that he’s a Kavkazi Jew. Five years later, he was accused of stealing four Torah scrolls worth more than $200,000 from another synagogue in Midwood.

Oy vey, two hundred thousand skekels worth of anti-White gobbledygook. Who ever heard of $300,000 of "we can trick g*d" hocus-pocus taken by a meshuggah Kavkazi (more like "crazed nazi," am I right?). We lost 400 large of precious holy demon flatulence on that day. Half a million taken from us, the ultimate example of unclean meat's inhumanity. It will cost at least a million to replace them...

He’s accused of writing “Pedophiles,” “Thieves” and “Anti-Acculturation” on the front and sides of the buildings.

Cynical hoax or a yid getting high on its own supply? Maybe a little from each column.

In the Nov. 21, 2011, incident, Benjamin was beaten and stabbed by two men on a southbound F train approaching a station at Fourth Ave. and Ninth St. in Park Slope, police said at the time. Then a loan broker living in Bensonhurst, Benjamin told the News his attackers yelled anti-Semitic slurs before the assault. “They said, ‘You’re nobody, you Jewish bastard,’ " he said.

A loan broker got attacked by evil goyim. Seems plausible. I was denied access to usury and the geld I worship, the ultimate offense to moloch worshipers. I was called some names and stabbed by the cattle, but the real focus here is how the gentiles came between me and my g*d, the shekel almighty.

Then on Dec. 29, 2016, he was busted on charges that he burglarized the Ave. O Synagogue in Midwood, cops said. According to a criminal complaint, he took four Torah scrolls worth more than $200,000.

Moose-limbs: The zionists blew up our mosque and must die! White Christians: Our great ally the jew blew up our church and we must beg forgiveness for getting in the way of their chosen explosives. Jews: Our own guy stole $200,000! Where's my payment, shkotzim? This is another holocaust!

The scrolls were returned to the synagogue a few days later, according to a PIX11 report. He pleaded guilty to petty larceny and got a conditional discharge in the case.

Petty larceny? What? I thought the desert idol's toilet paper was worth a small fortune. 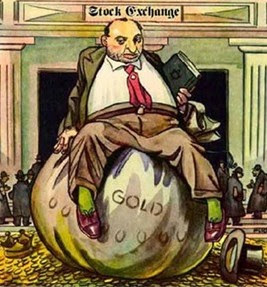