In a February 2021 bulletin sent out by the Oregon Department of Education, just below a feature on Black History Month, is a notice announcing a “micro-course” for educators titled “A Pathway to Math Equity.” The course promises to provide educators with “key tools for engagement [and] strategies to improve equitable outcomes for Black, Latinx, and multilingual students” and knowledge on how to “dismantle racism in mathematics instruction.”

We've already destroyed science, literature, history and language so it's probably not a huge surprise that mathematics is about to come under the wrath of the vile delusions of our time. Numbers are definitely "racist," whether it's the 70 I.Q. average of the African genetic alien or the 109 countries that kicked out the jew because of "jealousy." We must create "equity" for the negro failure, the la-teen-ex looter and alien students who can yammer in two languages and are actually proficient in neither. The long kosher war on truth continues. We're going to elevate the living fossil and the foreign invader with refined semitic nonsense. This is a great idea.

One might well ask, how can math—which more than any other subject deals in the realm of pure logic—possibly be racist? The “toolkit” provided as a resource for the first course session is happy to answer this question.

A White supremacist obviously wrote this vile hate, because we all know logic is one of the most "racist" evils of our time, right up there with physical evidence and intelligence testing. We've got a "toolkit" for the goyim that is sure to solve the genetic shortfalls of schwoogies and wetbacks.

Since modern civilization itself is a direct result of the obvious superiority of Whites to the brown sewage seeping into our homelands, it's easy to see how this might become a problem when Barkevious fails to get the learn on and Pablo defecates in a garbage can. It is, therefore, your responsibility to let everything burn so dark idiots aren't reminded of how completely incompatible and unwanted they are in a functioning nation. 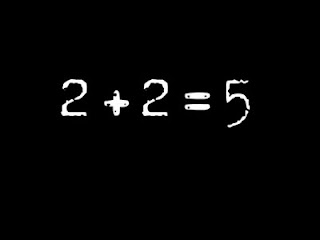 These “toxic characteristics” include basic academic principles such as:

Hold on to something, you're about to be amazed.

The focus is on getting the “right” answer.

Honestly, who even cares about the so-called "right" answer. Whatever the talmudvision says is correct. It's six million. The answer is always six million.

Teachers are teachers and students are learners.

The first principles of instruction must be eliminated because reality is ruining a kosher snow job.

Independent practice is valued over teamwork or collaboration.

You are all part of the kollectiv and must work together for our glorious Soviet. No independent thought.

Students are required to “show their work.”

Again, it all adds up to six million. The Auschwitz total keeps dropping and even mainstream historians have admitted most camps were not "death" camps, but the bottom line never changes. No, I'm not going to show my work, that's anti-semitic.

Grading practices are focused on lack of knowledge.

I can't wait for the dark dullards who earn high marks in this rigorous environment to start building bridges or designing planes.

“Real-world math” is valued over math in the real world.

I've read this sentence several times and there's still no real comprehension. It's like a yiddish zen koan. If an urban zoo burns and no Whites are around to see it, is it really "on tilt?"

The toolkit goes on to state that “The concept of mathematics being purely objective is unequivocally false, and teaching it is even much less so. Upholding the idea that there are always right and wrong answers perpetuate objectivity as well as fear of open conflict.”

This objective truth is objectively false. The stars are just fires a few kilometers away if big jew says they are.

The course also contains numerous suggestions for educators who want to fight racism in their math classrooms.

If Soros needs to deliver four hundred pallets of bricks to Bodymore before a "black lives matter" riot and can fit twelve pallets in each truck, how many trucks will be needed? You don't need to show your work. Also, we just found thousands of votes, all for the evil party!

Identify and challenge the ways that math is used to uphold capitalist, imperialist, and racist views.

At this point it's just kosher buzzwords, devoid of even the slightest meaning.

Another section of the workbook asserts that “In some cases, the prejudices of oppressed people (‘you can’t trust the police’) are necessary for survival.”

Every coal monster has had "The Talk," which explains why they're always so meek and deferential when confronted by the "five oh."

If Oregon’s educational bureaucrats truly want to improve the education of African-American students, this racist exercise in lowering expectations and subverting classroom norms is a dismal place to start.

We need to stick with the cuckservative solution of pretending they're just suntanned Whites, despite the mountains of evidence to the contrary. 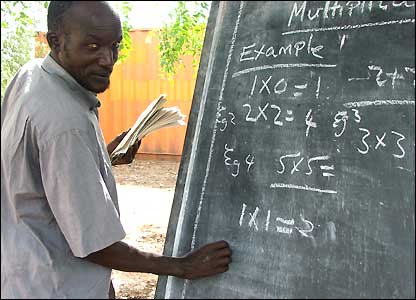