Here in the North American Kosher Globalist Economic Zone, we proudly worship the anus and the "African-American" monster. However, our national values of sodomy and afromania have recently come under fire from hate-filled "White supremacists" and we must make it clear that our devotion to buggery and the moronic living fossil is total. This means that even the mildest criticism or so-called "jokes" at the expense of the mentally defective degenerate or the 70 I.Q. dark burden must be treated as blasphemy against our sacred beliefs and possibly even our holy buildings formed by the divine hands of moloch. Consider today's amazing story of a goblinoid "five oh," a state completely annexed by the mud world and the fragile feelings of the nightmare creature the jew has placed on a pedestal as a form of ritualized humiliation.

A Valentine-style photograph of George Floyd captioned “you take my breath away” was reportedly circulated around the Los Angeles Police Department leading to an internal investigation, the Los Angeles Times reported Saturday.

When a four out of ten, smiled slightly but didn't laugh, piece of whimsy activates the entire corrupt system. Most of your city now resembles El Salvador tossed into a semitic blender with Liberia, but the important thing is finding the evil malefactors responsible for this sacrilege against Saint Floyd.

LAPD Chief Michel Moore said an investigation will begin Monday by interviewing the officer who filed a complaint over the picture, according to the Times.

Since there's no actual crime and our state is doing better than ever, we have plenty of time to devote to this search for the Thought Criminals within our "defunded" and doubtlessly "racist" department. My initial reaction to this farce was "phony hate crime," but upon further reflection it seems likely that some la-teen-oh scumbag was behind this shocking desecration of our tar idol. The taco benders aren't exactly huge fans of the negro and they certainly don't have the "I better lie to keep my careerism" circumspection that's so epidemic in Whites.

“Our investigation is to determine the accuracy of the allegations while also reinforcing our zero tolerance for anything with racist views,” Moore said, the Times reported.

Moore said that “people will find my wrath” if the investigation finds officers were sharing the image, the Times reported.

Here come the grim promises to seriously punish the White-as-driven-snow offender. When Officer Pablo from Honduras gets caught, I'm sure this impotent and goofy rage will still be in full effect.

He added that the department is looking into two Instagram accounts potentially linked to LAPD personnel including one account known as “Blue Line Mafia.”

The blue mafia matters. Wow, it's almost like importing foreign aliens from failed states isn't a mighty strength like the jew said it was.

Floyd died after a former Minneapolis police officer knelt on his neck for nearly nine minutes during an arrest in May 2020, video shows. Floyd repeatedly told the officers that he couldn’t breathe.

Hey everyone, I just got back from my two year vision quest in Tibet! Anything interesting happen while I was gone? 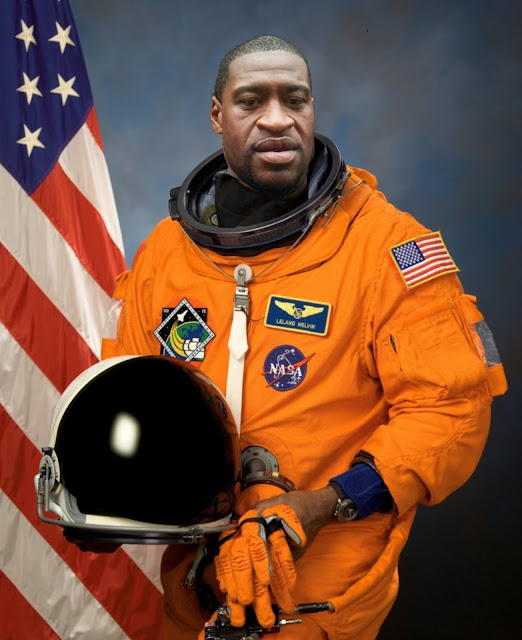