Roughly half the population of our globalist bodega and Israel First cannon fodder supplier is in need of complete reeducation. Crime Thought is at an all time high, with crazy ideas, like placing the future of yourself and your race ahead of the latest destructive snow job from the jew criminal, somehow gaining traction in Vichy America. The problem of sending all these goyim to the Ministry of Love is a big one and we're going to have to get creative if the deadly virus of unsanctioned mental activity is going to be defeated. Fortunately, our ancient friends have come up with the perfect solution: an indoctrination bus (you'll need to wear at least three "makks" to get on, of course) where we can efficiently get you in, put the old rat helmet on you, have you denounce everyone you love and then drop you off somewhere. The yid wagon is coming to your rotting Middle American opiate zone.

A new museum opening soon in Illinois is quite different -- it rolls on wheels. The Mobile Museum of Tolerance is on its way to schools across the state with the purpose of encouraging tolerance and ending hate.

"There's a lot of concerns about what's happening today and how it's mirroring the past, and we can't allow that to continue," said Alison Pure-Slovin, Midwest region director of the Simon Wiesenthal Center.

We're very worried about Fascism, which is why our criminal tribe is always using our shekel power to create conditions that will ensure its rise. Weimar America will last forever once the jew jitney cures you of your natural and healthy desire to be with your own people and not hostile alien scumbags.

The Mobile Museum of Tolerance, or MMOT, is a new project by the Simon Wiesenthal Center. It will hit the roads across Illinois to bring a clear message.

I can't wait to deal with this p.o.s. while driving a tanker full of sand in the coming white line nightmare.

On this, we agree. Whites have never been more vilified by an evil and frightened system headed for collapse than they are right now.

On the outside of the bus are the faces of historical figures who made a difference: Malala Yousafzai, Gandhi, Harriet Tubman, Simon Wiesenthal, Cesar Chavez and Rosa Parks.

Inside, there is a theater with seating for students and workshops where people can learn how to be part of creating a solution.

In the interest of the free and open dialogue that powers our great democracy, please sit in silence while you watch a propaganda film created via Soros hedge fund parasitism.

The videos seen in the museum are designed to teach students topics such as the evils behind the Holocaust, and the fight for civil rights that continues today.

The nawzees used electric belts and fire pits to kill the precious six million. You could tell the nationality of who was being cremated by the color of the smoke. They played soccer games using a jewish baby as the ball. Pedal operated skull smashers. The dead bodies were made into soap and living room sets. Fast forward to the present day. George Floyd had done absolutely nothing wrong and certainly wasn't on drugs when "racist" police...

The capacity of this museum will be limited, for now, to allow for COVID-19 precautions. Masks are required and students will be admitted based on the learning pods in their schools.

While positive change may not come from simply watching a video, the brief lessons learned here are meant to start the discussion.

We're not going to demoralize the shkotzim in one day, unfortunately.

The MMOT is parked at the United Center at the moment, but it hits the road next week for its first stops in Springfield.

Better move it before a merchant gets zapped while sitting in this abomination by the local fauna.

Interest is high and schools are already requesting reservations.

"The approval rate for communist policies has never been higher," says the 1988 Soviet Union. 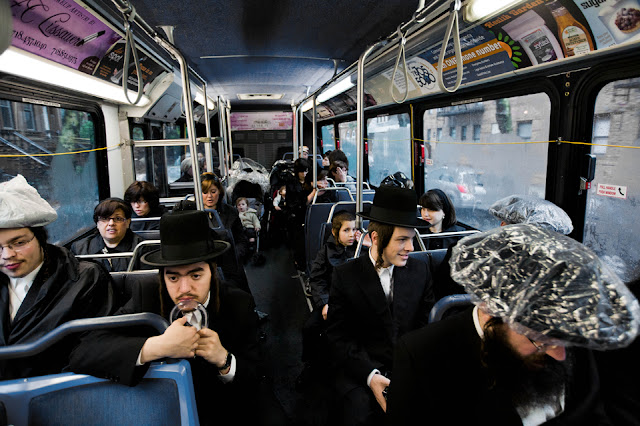