Part of a Pattern

Any racial group unlucky enough to be exposed to the negro quickly realizes they're dealing with a failed and alien branch of humanity that is completely incompatible with their own civilized achievements, no matter how modest. Even the la-teen-oh sewage can look down upon this pathetic burden, to say nothing of the vast distance between the living fossil and actual humans. Worshiping this dark blight on the planet is now our national religion and g*d help you if you blaspheme. As you might expect, the semitic deification of moronic and dangerous simians is going to create a certain amount of friction when exposed to reality, but luckily Whites are now the official scapegoat for all the staggering failures of the globalist bodega. It makes talmudic sense, then, that we should be blamed for racial strife we have absolutely no hand in, simply because our evil is so total and pervasive that it's somehow making "brothas" hostile from a great distance and forcing them to prey on the Oriental.

Anti-racism activists in New York have risen up to rally against white supremacy as they demand justice for a Filipino-American man who was viciously slashed with a box cutter on the subway. Never mind that the attacker was black.

This sort of hostility between Asians and the "African-American" infestation is certainly nothing new, but the bold new Clown World strategy of blaming Whites for "Hully up and buy" gone wrong is probably the magic bullet which will unite these two ridiculously incompatible races against the Ice People for the benefit of our jewish enemy. I'd be shocked if the random "flocker" attacks don't immediately cease now that we've gone back to the dry well of vilifying the most peaceful, productive and tolerant race you'll ever encounter.

Hundreds of protesters gathered at New York's Washington Square Park on Saturday afternoon and marched through parts of Manhattan, chanting, “Whose streets? Our streets.”

We're definitely not reaching the end of late imperial decline and fall followed by Balkanization, so get that crazy idea out of your head.

The marchers congregated in front of the iconic Macy's store on 34th Street. One carried a sign declaring, “White nationalism is the virus.”

Wow, that White Nationalism sure is bad. It's like the deadly "pandemic!" Should I wear two or three "makks" to prevent Crime Thought from seeping into my face holes? How about the idiot injection from a kosher pharmacy? A few pokes of this lobotomy in a syringe and you should be safe from ever threatening our ruling criminals and the horrible evil they have planned for us.

Organizers billed the event as seeking “justice for the attack on Noel Quintana.” A promotional poster also said, “End the violence toward Asians. Let's unite against white nationalism.”

Tar monsters are preying on the Quintanas of this world. Let's unite against Whites. Honk honk.

The 61-year-old Quintana, a native of Manila, was attacked on February 3 on a crowded subway car as he headed to work in the morning rush hour. The attacker repeatedly kicked Quintana's tote bag, then slashed his face from ear to ear with a box cutter after the Asian man complained.

This sickening crime is definitely the fault of Whites not being completely exterminated to bring about the faceless and mindless brown slaves promised by the talmud.

Quintana had to seek help on his own, as none of the bystanders stepped in or called for an ambulance, and he received around 100 stitches to close his wounds.

Police described the alleged attacker as “wearing a black mask with a Louis Vuitton logo and a black North Face coat.” While apparently having a sharp eye for the apparel brands favored by the suspected knifeman, police didn't mention other appearance aspects revealed in security camera footage of the man, such as his black skin and Afro.

We can add "security camera footage" to the endless list of common items and behaviors that "discriminate" against the nightmare creature.

Social media users pointed out the apparent disconnect between the perpetrator of the crime and the race of people targeted in the march for justice. “This is the suspect if you want to identify him,” conservative commentator Ian Miles Cheong said Sunday on Twitter.

Don't worry, based China Man cuckservative is on the case. I didn't suffer under a Tiger Mom for years to meekly accept these lies. Hopefully we can get Cheong here to run as an Integrity Party candidate in the next fraudulent election.

Another poster for the anti-racism rally featured Vicha Ratanapakdee, an 84-year-old Thai immigrant who was killed in late January in San Francisco when a man came running from across the street and slammed into him, knocking him to the ground.

Where is the Chinese Cop when we really need him? Oh, that's right. He was fired for "racism."

A 19-year-old black man, Antoine Watson, was arrested and charged with Ratanapakdee's murder earlier this month.

I know, pretty surprising. With the way Whites are endlessly attacked by jew criminals in our government, schools and media you would think we're behind every single evil in our dead nation, but incredibly, that's not the case.

“Is there a shred of evidence that 84-year-old Vicha Ratanapakdee was killed by white nationalism?” journalist Lee Fang asked.

Quality commentary, ten out of ten, would share a rooftop overwatch position with during the next afromania meltdown.

Yahya Muslim, a 28-year-old black man, was arrested for allegedly shoving a 91-year-old man to the pavement from behind, then knocking down two other Chinese pedestrians on the same street in Oakland's Chinatown area. Like the Ratanapakdee murder, the January 31 Chinatown attacks occurred in broad daylight.

Wow, it's almost like the hak gwai choose the most vulnerable available targets for their cowardly and reprehensible pathology. We need to put more groids in commercials, I'm sure that will solve the all against all amongst the ruins of a country that committed jew-assisted suicide.

Pulitzer Prize-winning novelist Viet Thanh Nguyen argued that Asians must recognize the violence as “part of a pattern of white supremacy.”

What kind of novel do we get for five dollars? Me so violent, me make jig-a-boo knock you down long time.

Even if the assailants are black, he added, “the solution is not to fall back on racist assumptions of our own but to hold the system of white supremacy responsible for dividing us.”

Whites are uniquely evil. Everyone else would live in total harmony under the wise and benevolent rule of the merchant if we were eliminated, perhaps by carefully planned kosher genocide. We're honestly expected to believe this. 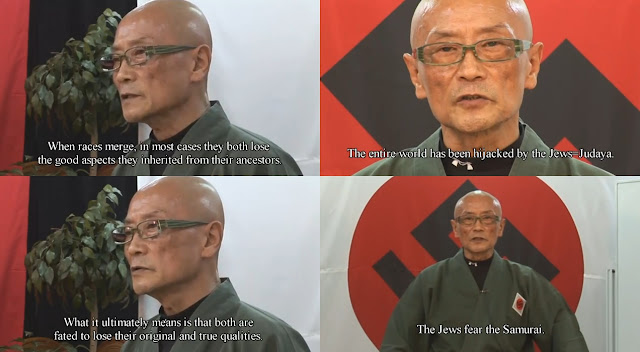 Sinecure jester from the clown court provides amazing insight. Imagine getting paid to parrot absurdities. We hold these, these truths, c'mon man. You know the thing.

She wrote an article on the recent spike in hate crimes against Asians, asking, “Who is our real enemy?”

If you want to keep that careerism, just remember White Man Bad should inform everything you say and do.

“Don't expect them to stop without addressing who the real perpetrators are,” one commenter said. “If sacrificing your grandma to prove you aren't racist is worth it, go ahead.”

Does the jew still fear the Samurai? Which way, Yellow Man? 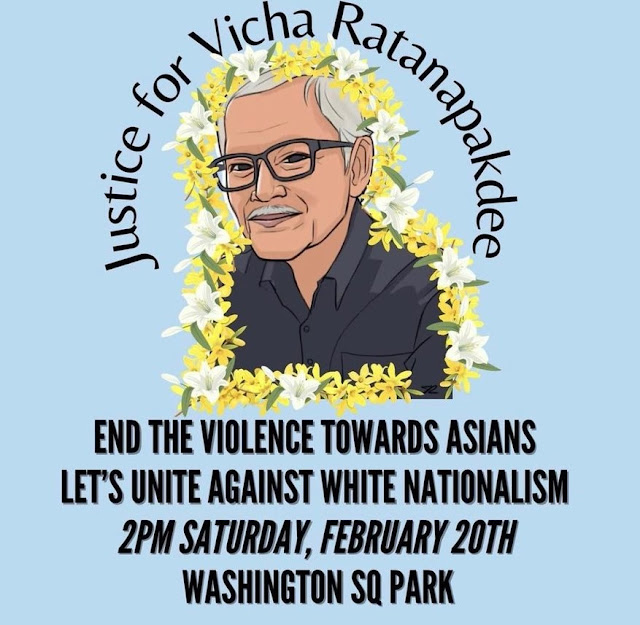