The Entertainment Jew and the Negro Zoo

To mark the first day of Black History Month, 170 leading Black and Jewish members of the entertainment industry have signed a unity statement to form the Black-Jewish Entertainment Alliance.

Our ancient friends who worship desert idols are teaming up with the schwoogie for reasons that almost certainly don't involve harming the shrinking number of healthy Whites as much as possible. We're going to kick off mulatto history month by putting a hebrew scroll into the mouth of our mud golem monster.

“Jewish and Black artists, musicians and entertainers in some ways share a parallel history in their respective communities,” says Propagate Content chairman and CEO Ben Silverman, one of the signatories alongside Billy Porter, Sherry Lansing, Tiffany Haddish and at least 165 more.

We've got a lot in common with the idiotic brown slaves promised by the talmud. We both have the same destructive tendencies toward any nation unlucky enough to host us, the only real difference is the extra thirty points of I.Q. which allows us to dominate institutions and execute complex money magic frauds, instead of shooting each other while sitting in cars or getting electrocuted while trying to steal wire.

Before he died, Larry King also signed the unity statement. “After having been blocked from entering other industries, both independently turned to different aspects of show business as a refuge and outlet, and became pioneers and partners driving evolution and transformation in the creative fields.”

The jew parasite really wanted to work on a farm or assembly line but was "blocked" by the evil gentiles from all forms of honest labor and literally forced by the unclean meat into usury, pornography, communism and nation-wrecking. Shlomo just wanted to do backbreaking manual labor, but your vile "anti-semitism" drove this two-legged rodent into the kosher con game. It's all your fault that these ugly demons are attacking from every direction.

Added Antoine Fuqua in a statement, “As two communities that have long been targeted simply for who they are, the Black and Jewish communities are stronger when we stand together. It is thus incumbent on us, as members of the entertainment community, to continue to be united in the face of hateful discrimination and be a positive voice for change.”

Streets full of garbage, bastardy, moronic crime and indolence is simply who we are. In the same way, the need to worship money and endlessly infiltrate and subvert is simply how moloch made the precious jew. If you have a problem with the appalling behavior of the "African-American" genetic alien or the poisonous mushroom it's because you're "racist."

Silverman says the Alliance came together naturally through the network of professional and personal relationships people have with one another in the industry and was motivated in part by the desire to heal from the chaos and laments during the Trump era.

The idiotic biological weapon and the criminals trying to direct it, a very natural parasitic relationship within the American carcass. The jew thinks they can somehow control these worthless living fossils and the congoid thinks, to the extent it even can, "Me bee pullin scamm an sheeet." Chaos and laments, my friends. Thank g*d we've got a dusthead puppet, a mystery meat whore and their kosher controllers back in undisputed power, instead of the near total dominance during the failed presidency of the phony tough guy.

“The intertwined Confederate and Nazi imagery at the Capitol on Jan. 6 put a spotlight on racial disparities — how little has changed over time,” he says.

Genetic reality is not going away, if you can believe it.

“Our generation that stands on tall shoulders of the past can continue to shelter in our separate igloos of privilege with our own stories echoing back to us, or we can unite.”

Igloos of privilege! You Aleutian Islanders need a lot more brown outsiders on your ice floe. We jews will be at the center of this process and may be resented, but this transformation must happen if your seal-hunting tribe is going to survive.

Future plans include both virtual events like Clubhouse talks and, pandemic-permitting, in-person trips such as pilgrimages to destinations that are historically and/or culturally significant to each community.

It's time for pilgrimages! The merchant is going to take the dusky merchandise it brought here in kosher chains and sold as "the bargain of a lifetime" on an amazing trip to various Soviet reconstructions in hopes of earning some sympathy in their primitive minds.

“This Alliance will elevate voices in the entertainment community that can help the public to better understand the causes, manifestations and effects of racism and anti-Semitism, ensuring that our industry is doing its part to be a voice for hope, unity and healing in our country,” said Warner Records co-chair and CEO Aaron Bay-Schuck in a statement.

They're not even trying to hide our evil plans anymore. You're ruled over by an illegitimate criminal government protected by soldiers, you've got two rags on your face, we control the media and the schools, your other rights are going to be gone very soon, what are you going to do? I've never seen the jew so completely in control since 1931 Germany.

“The impact of the Alliance is to reignite and realign the power that exists in the connection between the Black and Jewish communities,” says Silverman, who notes that Jewish Americans were allies of the civil rights movement.

You're certainly being honest (for once) about that. When it comes to the "civil rights" snow job "every single time" seems woefully inadequate in describing the jewish role in this cynical proxy war against our ancestral homeland.

“The purpose is to grow and build a civil rights movement for the next generation, to complete the work left undone and to write a new chapter for the future.”

The future is unwritten, shlomo. Never forget this. 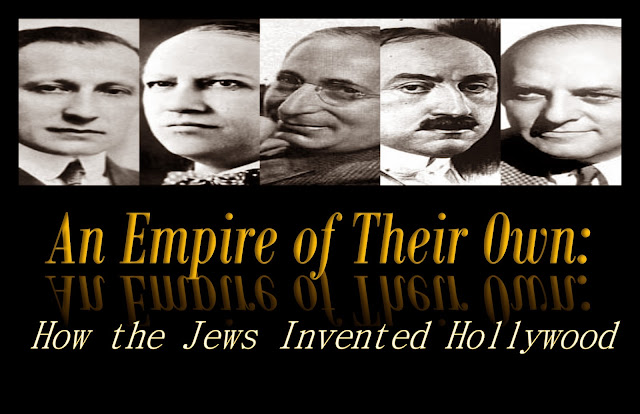