The negro is a being of pure goodness and light, but it's also very easily led astray by all the insidious negative forces in our globalist bodega resulting from Whites not being completely exterminated. It could be anything from polite request to follow rules, various inanimate objects or warm weather that leads to appalling behavior from the g*d we have been instructed to worship by our jewish enemy. The "African-American" is a wonderful thing and we're lucky to have this burden in our ancestral homelands. Now we need to be removed from absolutely everything and climb into a grave dug with a kosher shovel. This is the bargain of a lifetime. We haven't seen an amazing deal like this from our greatest ally the merchant since they brought the tar monster to our shores in semitic chains.

At least 25 people were shot, five of them fatally, over weekend in Chicago. Four of the shooting victims were under age 18.

You're not going to believe what the "White supremacy" did this time. Once your talmudvision is nothing but dark alien faces and even the mildest criticism of the coal creature is severely punished by Thought Crime laws, we should start seeing some minor improvements in the genetic alien.

Police said a 16-year-old boy was visiting a friend in the Chicago Lawn neighborhood around 8:45 p.m. Friday, when he got into an argument with two other people in an apartment in the 6300 block of South Richmond Street.

With our current level of technology the terraforming of Mars into an inhabitable world is completely impractical, as appealing to the divine spark of adventure and conquest within us all as I will concede this idea is...

The boy ran out of the apartment and down the street, and the two people he had been arguing with chased him down and shot him multiple times.

The Jesse Owens relay ends in predictable "tragedy." The only difference between you and these vile animals is "skin color" and even that is just caused by climate.

Shortly before 10 p.m. Friday, a 32-year-old man was sitting in his car at a gas station at the corner of 111th and State streets in Roseland, when someone in a white sedan shot him in the head.

This is new and interesting. Just by the law of averages it should now be safe to sit in the "whip" in an area that resembles Liberia with worse weather.

The passenger in the victim’s car then drove him to Roseland Community Hospital, and he was later transferred to University of Chicago Medical Center, where he was pronounced dead Saturday morning, according to the Cook County Medical Examiner’s office.

Don't worry, you'll get the bill for the "badakathcare" that failed to save a dead fossil.

One man was killed and another was wounded at 12:17 a.m. Sunday in the 0-99 block of East 91st Street in the West Chesterfield neighborhood. Police said the men were outside when several other men shot them following a quarrel. One man was shot in the back and was pronounced dead at the scene, while the other, 29, was taken to the University of Chicago Medical Center with a gunshot wound to the torso.

The rich tapestry of the negro experience. A heated discussion on the feasibility of cold fusion ends with "busting." Did you know the "five oh" routinely "lynch" innocent groids and it's so bad that their fathers must have "The Talk" with them about the need to really behave yourself? Meanwhile, back in reality, a moronic all against all unfolds in decaying ruins.

At 3:55 a.m. Sunday, a man was shot and killed in the 9100 block of South Emerald Avenue in the Brainerd neighborhood. The 32-year-old man was found outside a home with a gunshot wound to the back, police said.

If we make it harder for Whites to get hired or promoted, it will help prevent this sort of content of the character. 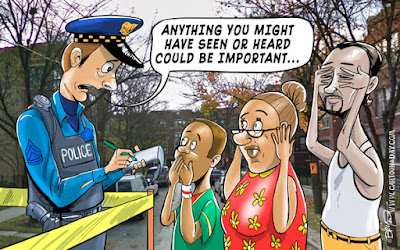 The department of redundancy department. I saw the best minds of my generation destroyed by having to write about the Midwest Mogadishu.

A 15-year-old boy was walking in the 5400 block of South Loomis Boulevard in the Back of the Yards neighborhood around 11:30 p.m. Friday, when he heard gunshots and realized he’d been shot in the leg. The victim told police he didn’t see the shooter, but believes they might have been in a passing car.

While enjoying my late evening constitutional, I became cognizant of wounds to my shanks. The origin of this marring of my corporeal internment remains inscrutable, but I suspect a passing automotive conveyance.

A 45-year-old man was shot multiple times while sitting in a car around 7:15 a.m. Saturday in the 2200 block of West 19th Street in the Heart of Chicago neighborhood. He was taken to Mount Sinai Hospital for treatment.

Silverback gets smoked while sitting in the "lac." Heroic medical care on your dime will hopefully save this "teen."

A 51-year-old man was shot in the left knee around 2 p.m. Saturday in the Chatham neighborhood, when a shooter in a gold Toyota Camry got out of the car in the 7900 block of South Dobson Avenue and started shooting.

I saw the other nightmare monster sitting in a car and assumed I had the upper hand, but in the biggest upset since "Buster" Douglas defeated Mike Tyson, the "script is flipped" and the hunter becomes the hunted.

An 18-year-old man was with a group of people in the 8100 block of South Maryland Avenue in Chatham shortly before 9 p.m., when someone shot him in the back.

When "lackin" around "opps" goes wrong. We hold these, these truths, we hold them, c'mon man. You know the thing.

At 11:26 p.m. Saturday, a 46-year-old man was sitting in his car in the 3900 block of West Jackson Boulevard in the West Garfield Park neighborhood when someone in a group of five or six people shot him in the face and shoulder, police said.

The natural order is restored. 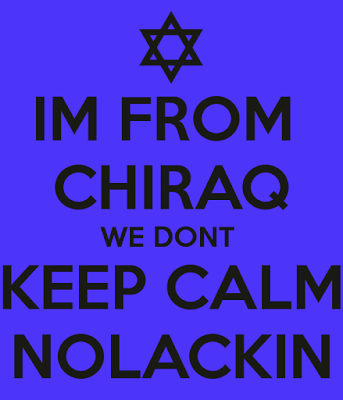