We have always been at war with White supremacy. This vile scourge is the greatest threat to our otherwise almost unbelievably healthy and sane "multi-culti" paradise. The appalling idea that Whites should be proud of their past or express reluctance towards being replaced and killed in their own homelands must be fought with every resource we have. The problem is this horrible depravity is also completely invisible, so we're fighting shadows here. This is why malnourished and sleep-deprived soldiers must defend the Capitol Occupation Zone, why we must blame negro pathology on spectral attacks from pale Grand Wizards and why the windmill collapsing is your fault. Fortunately, our great ally with a carpetbag full of incredible bargains is on the case and we will defeat the vile bigotry of a race that is evil and needs to be destroyed.

White supremacist propaganda reached alarming levels across the U.S. in 2020, according to a new report that the Anti-Defamation League provided to The Associated Press.

The monsters are here! A jew hate group founded to defend a chosenite sweatshop owner who raped and murdered a White girl and tried to blame it on a negro dullard is here to warn us about the alarming levels of truth still available, despite their best efforts. You've come a long way from trying to get some groid punished for a sickening crime instead of the obviously guilty poisonous mushroom.

There were 5,125 cases of racist, anti-Semitic, anti-LGBTQ and other hateful messages spread through physical flyers, stickers, banners and posters, according to Wednesday's report.

Keep in mind a lot of these "racist" messages were either outrageous statements like "It's Okay to be White" or "Hey rabbi...watcha doin?!?" hoaxes. Meanwhile, you can turn on your electronic synagogue at any time of day or night and immediately be assaulted with the worst anti-White libels, courtesy of our ancient friends.

That’s nearly double the 2,724 instances reported in 2019. Online propaganda is much harder to quantify, and it's likely those cases reached into the millions, the anti-hate organization said.

Our criminal tribe created the perfect decadent conditions for the Fascist cure and then were absolutely shocked when it rose to prominence.

The ADL, which was founded more than a century ago, said that last year marked the highest level of white supremacist propaganda seen in at least a decade.

For some unknown reason, this article doesn't give the amazing history lesson behind the founding of this kosher tumor. These are the moral exemplars of our time. They call us "cattle" and dream of the day when they rule over the mindless brown slaves promised by their talmud.

Its report comes as federal authorities investigate and prosecute those who stormed the U.S. Capitol in January, some of whom are accused of having ties to or expressing support for hate groups and antigovernment militias.

I mean, someone wore a brand-new "Camp Ows-a-wits" shirt while expressing wildly misplaced loyalty for the MIGA phony tough guy. How much more evidence do you need? My "hate group" proudly supports the "Platinum Plan" of dumping 500 billion shekels into the negro abyss.

“As we try to understand and put in perspective the past four years, we will always have these bookends of Charlottesville and Capitol Hill,” group CEO Jonathan Greenblatt said.

All lies. These events have become the modern equivalent of "six million killed in fire pits."

“The reality is there’s a lot of things that happened in between those moments that set the stage,” he said.

Yeah. No kidding. A toxic Clown World promoting White genocide doesn't have the full approval of an embattled Legacy Population, if you can believe it.

As your country turns into a cold weather Zimbabwe, you might start to have some timid resentment toward the jew at the center of this process. Don't worry, this pathetic turd is here to show how you, the gentile dogs, can still get some crumbs off the merchant's plate with a "deradicalization" snow job.

“They use the uncertainty and fear caused by crisis to win over new recruits to their ‘us vs. them’ narrative, painting the ‘other’ as the cause of their pain, grievances or loss,” Picciolini told the AP.

It's just hate-filled crazy talk, obviously. Everyone knows my kosher globalist bazaar is more united right now than ever. We're all in this together. Up next, your telavivision will tell you how to be "less White."

"The current uncertainty caused by the pandemic, job loss, a heated election, protest over extrajudicial police killings of Black Americans, and a national reckoning sparked by our country’s long tradition of racism has created a perfect storm in which to recruit Americans who are fearful of change and progress."

Whites are the official scapegoat for all the failings of our national carcass. You need to wear at least three "makks" to stop the "pandemic." The jobs aren't coming back. Racial headcounts and staggering corruption will select your rulers. We need to get rid of the police. This negro criminal is a hero. History must be erased. Change and progress.

Propaganda, often distributed with the intention of garnering media and online attention, helps white supremacists normalize their messaging and bolster recruitment efforts, the ADL said in its report. 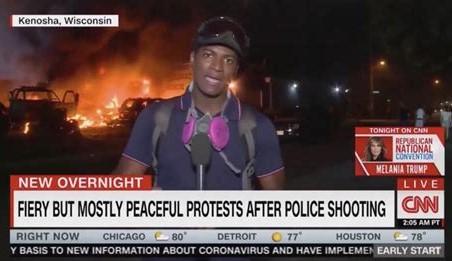 Language used in the propaganda is frequently veiled with a patriotic slant, making it seem benign to an untrained eye. 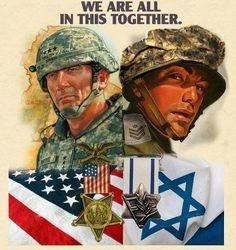 But some flyers, stickers and posters are explicitly racist and anti-Semitic. 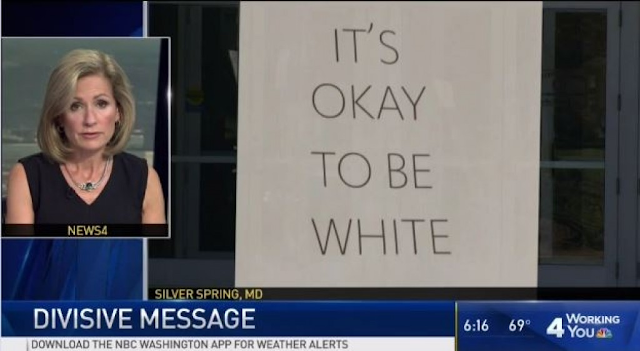 One piece of propaganda disseminated by the New Jersey European Heritage Association included the words “Black Crimes Matter,” a derisive reference to the Black Lives Matter movement, along with cherry-picked crime statistics about attacks on white victims by Black assailants. 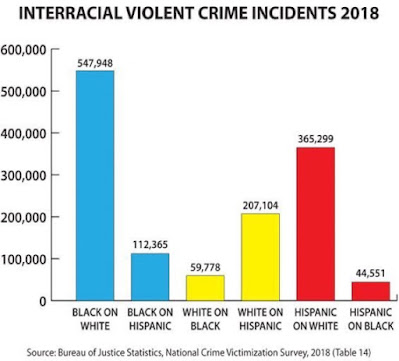 A neo-Nazi group known as Folks Front distributed stickers that include the words “White Lives Matter.”

It's not really clear what's wrong with this statement or why the good people making it are actually "not-sees." I guess the vaguely humanoid demons expect your NPC programming to kick in.

Despite the overall increase, the ADL reported a steep decline in distribution of white supremacist propaganda at colleges and universities, due in large part to the coronavirus pandemic and the lack of students living and studying on campus.

We've also always been at war with a deadly virus of unknown origin.

Greenblatt acknowledged that free speech rights allow for rhetoric that “we don’t like and we detest.” But when that speech spurs violence or creates conditions for normalizing extremism, it must be opposed, he said.

Suggesting that Whites shouldn't be given the South Africa treatment in the countries we built is now "extremism" according to a semitic grifter who hates you and wants you violently dead.

“There’s no pixie dust that you can sprinkle on this, like it’s all going to go away,” Greenblatt said. “We need to recognize that the roots of this problem run deep.”

We live in a very serious time. 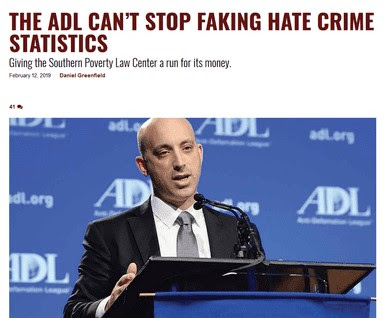