We have to be careful to ascribe motives to a criminal when the facts aren't completely known, which is why we immediately started wailing about "White supremacy" until it turned out the evil "racist" was an enemygrant from a distant sandbox. Still, we shouldn't go jumping to any conclusions. These horrible incidents are actually very complex, which is why there's a kosher media template that is immediately deployed the moment the story breaks. Inherent rights are bad, Whites are bad. Again, we should really try to understand, to get at the real root of the problem. Fortunately, I've performed my careful inquiry. You might be shocked to discover the real motives were the moon cult and jewish cultural marxism. Even more surprising, our semitic Ministry of Truth has lost all interest in discussing this amazing story.

The gunman in Boulder who killed 10 people at a supermarket would routinely threaten his classmates with threats of filing fake hate crime charges after violently attacking them, eyewitnesses told the media.

The absolute state of our national carcass. A moon cultist from the other side of the world can get away with nearly anything by holding phony hate crimes over terrified and demoralized Whites. If you don't like me attacking you, I'll tell everyone you're "islamophobic" and sent me mean emails. How to succeed in our rotting globalist ruins: target Whites.

We aren’t fond of jumping to blame “racism” for everything but, unlike the Left’s flimsy claims that the Atlanta shooter was inspired by Trump, there actually seems to be quite a bit of evidence that the Boulder gunman was driven by “anti-racism” indoctrination.

I'm not a big fan of jew communist neologisms either, but this creature clearly hated the country it had invaded and expressed this derangement in the most direct fashion possible. Take an already dangerous and worthless desert alien and fill its mind with vile kosher drivel. What could possibly go wrong?

As we highlighted yesterday, Ahmad Al-Issa would typically be described as an “anti-racist activist,” with his Facebook page having featured criticism of Donald Trump, advocacy for refugees and Muslim immigrants.

Suffice it to say, its jewbook page is long gone, but it was pretty much what you'd expect: down with Whites and Western Civilization, I worship a rock, phony tough guy bad, islam will dominate the world, behead anyone who insults our stone cube, etc. 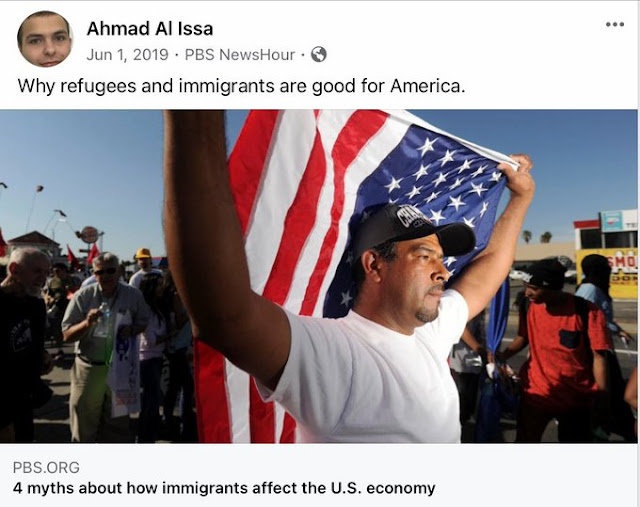 Despite the gunman’s family telling the Daily Beast that the reason for his rampage was as a result of him being the victim of “bullying” in high school, Al-Issa’s classmates say the opposite is true.

Thanks to my appalling behavior I have no friends. It must be "bullying!"

A Fox 31 report reveals that Al-Issa once punched a classmate and continued to hit him as he lay on the ground.

The religion of peace. This is good for our economy. Moe-ham-head's victim probably deserved it, just like all those dead forgotten Whites at the supermarket.

Al-Issa tried to justify the attack by claiming the victim “had made fun of him and called him racial names weeks earlier,” although no other classmates could corroborate this.

In our near future, a jew lawyer will be able to tell the kkkort "The rape gone wrong victim called my client a nigger" and all charges will be immediately dropped, even though no one else heard it.

The shooter’s wrestling team classmate Dayton Marvel also told the Denver Post that in Al Issa’s senior year, “during the wrestle-offs to see who makes varsity, he actually lost his match and quit the team and yelled out in the wrestling room that he was like going to kill everybody.”

“Nobody believed him. We were just all kind of freaked out by it, but nobody did anything about it,” said Marvel.

I mean, my country hasn't died or anything, so this probably won't happen. The normalcy bias is one hell of a drug.

“He would talk about him being Muslim and how if anybody tried anything, he would file a hate crime and say they were making it up,” he added.

Cynical deceptions from alien scumbags in my "multi-culti" high trust paradise? It's more likely than you think.

Given this history and the fact that Al-Issa was an avid reader of mainstream media, questions now must be asked about his real motivation given that all the gunman’s victims were white and whether he was radicalized by anti-white racism that has been institutionalized by the press.

It was "radicalized" by the synagogue in the living room and the snake idol in the giant rock.