I have devised a comprehensive plan to defeat the evil scourge of White Nationalism. First, you must behave like a scared clown and wear several "makks" over your monkey face. Whoops, that's from the other semitic plan. Hold on, let me check my notes. Okay, first we must demonize Whites and make the only productive class in America into the scapegoat for all the constant failures of our "multi-culti" while, at the same time, deifying the negro. Then the open persecution will begin. This is followed by a string of question marks and then the paradise promised the jewish talmud. There is no way this can fail. Speaking of a dusky utopia where the insidious evil of "Whiteness" has been reduced and ultimately eliminated, let's see what's going on in New York City.

A man was fatally shot in the head in broad daylight during a dispute outside a Bronx bodega late Friday afternoon, police have said.

The globalist kosher bodega meets the Bronx bodega where creatures straight from a nightmare engage in a daylight all against all. If only we'd gotten 500 billion shekels down this sewer from the phony tough guy, but extremely legitimate democracy has spoken and we're going to be drawing down on dem "opps" in an area that resembles Liberia with worse weather.

Travis Brooker, 35, was killed outside of G&K Deli on Rosedale Ave. near East Tremont Avenue in Parkchester at around 5:15pm on Friday.

I'm not sure how, but Whites are definitely responsible for this.

He had been arguing with three other men outside the store when one of them struck him in the head, and then another man shot him, according to the NYPD.

Even assuming the postulates of the Drake equation, which are dubious at best, the vast size of our universe ensures that contact with extraterrestrial life will be extremely unlikely at our current level of technology...

Brooker, a father-of-two, was rushed to the nearby Jacobi Hospital but he was pronounced dead soon after arriving.

I had no children in order to save the "environment."

The shooter, meanwhile, ditched the gun at the scene and the three men jumped into a car and fled.

Investigators later recovered a .22 caliber revolver close to the bodega.

No arrests have yet been made and the suspects remain at large.

With the high quality video of identical looking and behaving creatures, I'd be shocked if this ends with "no arrests were made."

In video of the shooting, the victim, dressed in a yellow winter coat, is seen walking towards the door of G&K Deli when he appears to be confronted by a man dressed in a black hoodie, and wearing a black Adidas backpack.

Brooker and the man exchange words, when a second man emerges from inside the store, also wearing all black but with his face visible.

We're only one or maybe two ridiculously anti-White outrages away from fixing this behavior.

The victim attempts to walk away when a third man emerges from inside the store, blocking the doorway.

This corner store is like a negro clown car.

The second suspect then punches Brooker in the face, sending him hurtling backwards into an ice machine.

We hold these, these truths, c'mon man! You know the thing.

The man in the hooded sweatshirt then draws a weapon and fires a single shot toward the victim, striking him in the head.

20 seconds to flatten the (bell) curve.

One witness, who identified himself as a friend of Brooker, told the New York Daily News how he watched on as paramedics attempted to revive him.

Heroic attempts were made to revive a groid who was "lakkin." You'll get the bill.

'He was face up. The EMTs were trying to push life back into him,' witness Frankie Lugo said. 'He got shot in the head. He looked like he was gone already.'

No amount of "badakathcare" is saving this genetic alien.

'He was a friend to a lot of people in the neighborhood. Lots of people cared about him.'

Good boy, turning the life around, about to go to college, unlikely to get into a broad daylight gunfight amidst ruins.

Brooker reportedly lived just doors away from the bodega.

When my time finally comes, I want the eulogy to really focus on where the bodegas are relative to where I was living. 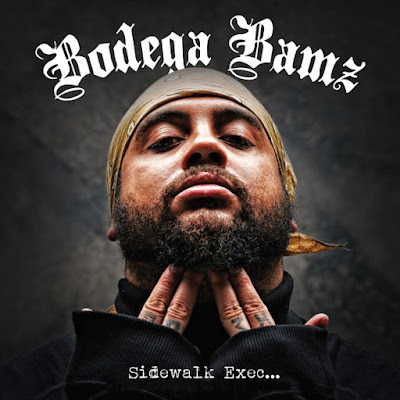