There are basically two stories that the propaganda arm of the current illegitimate criminal junta run: dubious accounts of angelic dark aliens facing horrible "racism" from the long-suffering and vanishing White population and "pandemic" fearmongering. Suffice it to say, this "news" coverage from our dinosaur media paints a very bizarre picture of an already insane nation. For whatever reason, discussing the collapse of hate crime hoaxes is about as big a priority as very basic critical thinking. These days the memory hole might as well be the memory chasm. A lot of these stories even get past your humble decline and fall correspondent and I'm making every possible effort to expose them. Consider today's amazing tale from late February, where a creature straight from a nightmare spent months performing "hate crime" vandalism before finally getting caught be the evil "five oh."

It’s the latest turn in an ongoing church vandalism case.

You'll never guess this shocking new revelation. Have they found the "White supremacists" responsible? Was it "Integrity Party" voters? Incredibly, the big surprise is predictable to anyone except your typical telavivision lobotomy case.

After months of broken windows and even an attempted arson case, police made an arrest Wednesday night at South Broadland Presbyterian Church.

After being held hostage by a cynical negro snow job for several moon cycles, the 90 I.Q. heroes in blue have finally ended this dusky reign of terror. The midnight zoo crew has been defeated by "dis ritten ez-zam bee dee-scim-nat-orrey" paragons.

Members at South Broadland said they hope this is the end of a long and drawn out saga of vandalism that started in November.

The bellowing blowhard promises to severely punish the "not-sees" have been replaced with "I hope we can forget this happened." Who could have predicted this?

“Kudos to the Kansas City Police Department for taking a step to help us find the person. Staking out the place and being here, and they were here probably maybe three or four nights before it happened,” said Darron Story, ruling elder at the church.

I highly recommend you take a look at the Twitter of the tar monster, which features moronic obscenity, unironic "We wuz Wakanda" and vile anti-White lunacy carefully taught by the jew and then parroted by a 70 I.Q. dullard. It's not often you get such a direct look into the anti-soul and primitive brain of a low-effort hoaxer and worthless negro criminal, but it's all right there.

KCPD reportedly held a stakeout. One officer watching surveillance cameras from inside the church with another positioned outside.

Wow, it's just like something on my electronic synagogue! Except for the "color" and skull shape of the wrongdoer, obviously.

Okolo was first seen on surveillance video, according to court documents, carrying a baseball bat as he broke more windows.

The content of their character. The 500 billion shekels into this cesspool would have fixed everything, but Dusthead Joe doesn't care about "blatts."

As officers tried to arrest Okolo, they said he used the bat to hit one of the officers two times. Police used a Taser to take the suspect into custody.

The Jackie Robinson act, followed by the worst "police brutality" I've ever seen. Too bad the communists already destroyed muh democracy, because this would have been a fantastic "innocent good boy attacked by eroding rule of law" kosher con game. He wasn't doing [anything]!

Story said the best thing they can do is pray for the suspect, who has no connection to the church and no known criminal history.

Make sure you pray to moloch for this piece of garbage. I would bet a shiny nickel that both of the claims beyond the comma are false.

“The last thing that we can do is discard him even though he has done these things. We will not discard him. I hope — this may be fool’s gold — that maybe at someday he can sit down with us after whatever happens, happens,” Story said.

Wow, look at all the humanity in this animal. Malfin Luffah Kang June-yah would be proud. Here's hoping the fool's gold sold to us by our great ally the merchant will one day begin approximating human behavior.

Story said the church is thankful for the community members who supported them with donations and time.

Eye bee scammin an sheeet. This certainly lends additional evidence, beyond the ridiculous tapir snout, that this creature is a brown desert idol chosen.

Okolo is currently in the Jackson County Detention Center with a $10,000 bond. If found guilty, he could face anywhere from 5-15 years in prison.

If you think this genetic alien will actually be punished you're very new to the unique pathology of my globalist kosher bodega.

“We feel more secure. We hope this is an isolated incident. This church is a big part of this community. It’s hard to think there may be other people out there who feel the same way,” Story said. “It is promising.”

Isolated incident, unlikely to ever happen again, nothing to see here. Did you know the greatest threat to our North American Economic Zone is Whites thinking illegal thoughts? 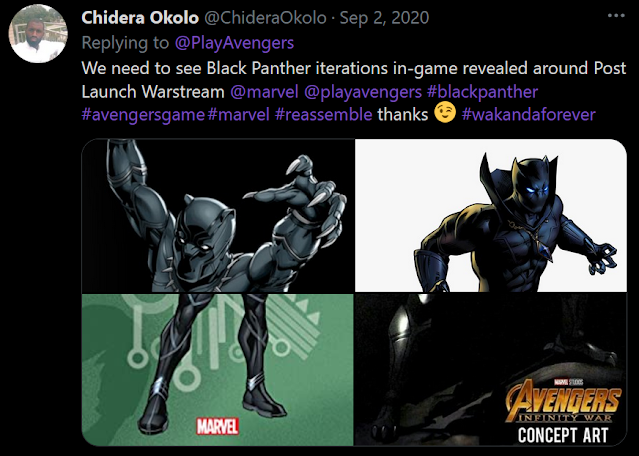