It's been over a year since our national psychotic break and it's now clear that we're very close to fixing all the damage that was intentionally inflicted by kosher plutocrats, using a "pandemic" as an excuse. Yes, we're going to "build back better" as brown sewage pours over an open border, malnourished and tired soldiers ignore a dying foreign alien in our nation's capital and organized hatred of Whites is the closest we have to a national vision. The jew has been at the center of this incredible national suicide and may be resented, but placing your head in the semitic noose is a transition that must be made if your country is going to survive as a rotting hellscape for talmudic slaves. We are going into total collapse mode. We have not yet learned how to watch everything we care about burn, but our ancient friends are here to help, even as they nobly absorb completely unearned and highly legitimate "hate" from the cattle.

Two antisemitic acts occurred in south Florida in the days leading up to Passover, according to local news outlet 7News Miami.

Yewww eeeennn meee-ahhhh-meeeee nao, shlomo. In an area nearly completely devoid of Whites, the friendly merchant is under attack and we're forced to wonder if these are "Hey, rabbi" hoaxes or the product of "woke" 70 I.Q. primitives. Either way, it's all the fault of White supremacy and we need to strip away your rights. Where's your "covi-pass," you piece of garbage? I will put a round in you.

In one incident, a Holocaust survivor's car was vandalized with swastikas drawn in the dust of the windshield in Hallandale Beach. 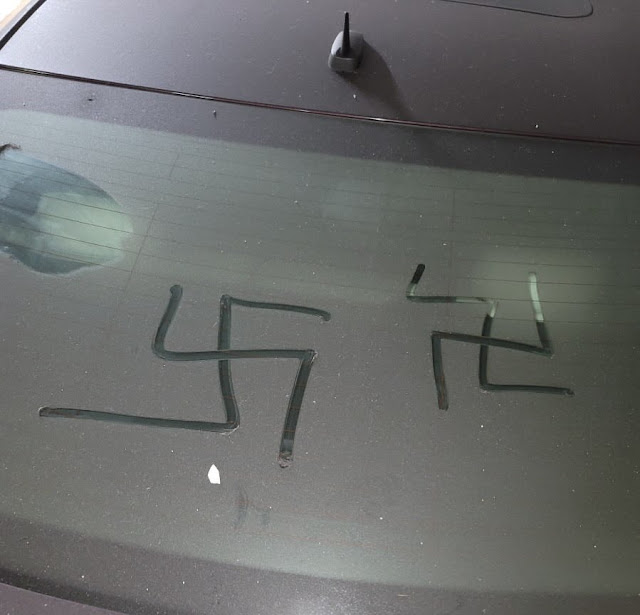 Security footage was obtained by Hallandale Beach Police who are reportedly investigating the incident.

Good thing there are no actual problems, like massive negro "spring break" pathology, allowing resources to be deployed against grime crime.

"It’s a terrible occurrence anytime, but that’s especially so on the eve of a Jewish holiday,” said Jewish community member and CEO of the South Florida public relations firm Red Banyan Evan Nierman.

It's really amazing how this highly credible incident happened at exactly this time of year. What are the odds? Thank you, wealthy criminal jew scumbag for this explanation, the significance might have been lost otherwise.

Shortly thereafter in Miami, the phrase "Communism is Judaism," was spray-painted onto the wall of an auto-center.

This statement is totally accurate. Considering this is a message our ancient friends don't want us to know, this one might be real. I'm guessing an "educated" negro or la-teen-oh is the culprit.

Passers-by expressed upset at the occurrence, which area police are also reportedly investigating.
Nierman commented that "Unfortunately, what we saw in South Florida over the last day or two has been a continuation of something that Jewish people have had to endure for literally thousands of years."

Oy vey, the thousands of years of cruel sufferink at the hands of the goyim. Despite gifting the world usury, communism, pornography, slavery, degenerate culture, open borders, feminism, the sodomite agenda and countless other evils, the gentiles are ungrateful. The jew will always tell you what was done to them, but never why.

His firm represents many Jewish clients, according to 7News Miami.

Yeah. I believe you. 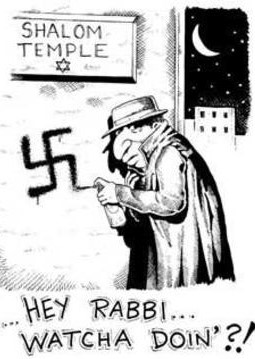