Our highly functional and sane globalist kosher bodega was rocked by a horrific "semi-automatic" firearm bloodbath yesterday. We need to give up all of our rights so this never happens again. There is no conceivable situation where you'll need to defend yourself from a brown alien, let alone your highly legitimate semitic government which cares deeply about your well-being and future. We must take decisive action against your ability to protect your family. There is no price in so-called "freedom" too high when it comes to purchasing the illusion of safety. These horrible "assault weapon" incidents must stop. I'm referring, of course, to the 15 dusky humanoids blasted Monday in the Chiraq all against all.

Fifteen people were shot Monday, three of them fatally, in Chicago gun violence.

Creatures straight from a nightmare get smoked in a city annexed by the African Heart of Darkness and the Latin American sewer. The gun jumped up on its own and made Barkevious slightly more aerodynamic. I'm not sure how we're going to blame this one on "White supremacy," but since it's basically the new witchcraft for a degenerate age, I'm sure our great ally the jew can gin up some spectral evidence. The magical evil influence of Whites who fled the area long ago caused the monkeyshines.

Overall, Monday was nearly as violent as the entire weekend in Chicago, when 20 people were shot, four of them fatally.

After a rather lackluster weekend in a rotting urban hell, the content of their character really shone through. I heard America is back.

Most of the shootings were localized in the city’s West and South sides.

Wow, that's uh-maze-in. I wonder if any interesting demographic trends are at play in those particular areas? Probably not, what with how we're all equal and so on.

Monday’s latest homicide took place in the Chatham neighborhood on the South Side. Two men were standing outside about 8:48 p.m. in the 7900 block of South Cottage Grove Avenue, when someone unleashed gunfire, Chicago police said.

These creatures have human agency, honest. Dark aliens stand around, waiting for the inevitable. What may have been an "AR-15 style rifle" delivers the "drillin." Still no word on whether "extended magazines" were involved, but I'm sure this story will be all over the news cycle very soon.

A 20-year-old man was shot in the head and taken to the University of Chicago Medical Center, where he died.

We still can't cure a bullet to the "dome" with our highly quality "badakathcare." You'll get the bill for this failed attempt to save a worthless genetic alien, don't worry.

About 5:25 p.m., a man was killed and another wounded in a shooting in West Garfield Park. The two men were standing on a front porch in the 4400 block of West Jackson Boulevard, when a gray SUV pulled up and someone opened fire, police said.

Getting my porch on gone wrong. A gray vehicle full of brown contents pulls up. Race is only skin color and even that is caused by climate.

Both men went to Mt. Sinai hospital, where the 31-year-old was later pronounced dead. The 35-year-old man was in good condition.

About 5 p.m., a 24-year-old man was in the 4700 block of South Calumet Avenue, when two males fired shots at him, striking him in the torso, back and buttocks, police said. The man was taken to the University of Chicago Medical Center, where he was pronounced dead.

A groid gets zapped in the "booty" and elsewhere before abruptly ceasing to be a threat to our globalist economic zone. 500 billion shekels from the phony tough guy would have fixed this, but the people clearly spoke in the most legitimate display of muh democracy in human history.

In nonfatal shootings, a 34-year-old man was shot after an argument in Dunning on the Northwest Side. About 11:05 p.m., he was outside in the 6900 block of West Addison Street, when he got into an argument with a group of people and shots were fire, police said.

Hello, my fine sirs. I must disagree with your thesis regarding the evolutionary pressures that led to the rise of modern man. What you're proposing is simply a reworking of debunked Lamarckian Theories and as such should be rejected. I say, is that a matchlock with a high capacity wick? Your assault weapon has marred my corporeal form.

Minutes prior, a 32-year-old woman was shot inside a home in Altgeld Gardens on the Far South Side. About 11 p.m., she was inside her home in the 13100 block of South Corliss Avenue, when a male she knew fired several shots at her, police said.

The exciting and vibrant "African-American" experience. A proud black woman who don't need no man gets popped in the "crib." These are just suntanned Whites. We're very close to getting them to act like an extremely inferior version of a human being. You just have to believe hard enough. Trust the plan.

An hour prior, a man was shot in South Deering on the South Side. They were sitting in a parked vehicle about 10 p.m. in the 2500 block of East 109th Street when two people walked up to them and fired shots, police said.

I was getting a little worried we'd miss out on this classic, but Chicongo delivers. Also, I'm not sure how the "man" became plural while sitting in the car, but I give this writer a pass because there's only so many ways you can address the same predictable failure of the brown burden before the negro fatigue becomes unbearable and you get sloppy.

He pulled out his own gun and returned fire but did not strike anyone.

The 70 I.Q. and foreign genetic material sure create some incredible stories.

A man was shot and critically wounded in North Park on the North Side. About 5:45 p.m., the 21-year-old was in the 3400 block of West Foster Avenue when someone opened fire, striking him in the back and neck area, police said.

Your back, your neck. Put them on a boat and send them back.

In the day’s first reported shooting, a 65-year-old woman was shot in Gage Park. About 11:30 a.m., she was in the alley of the 5900 block of South Campbell Avenue, when she heard shots and felt pain, police said.

Mammy gets caught in a crossfire between tar monsters who only hit each other by pure luck. Man, I sure hope we don't see a collapse into race war. 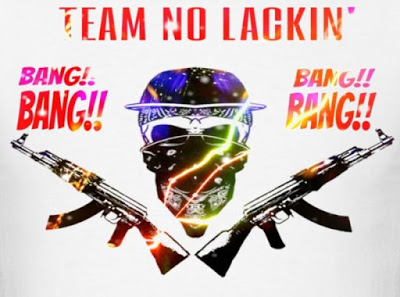