It's only a matter of time before entire disciplines of science are outlawed for noticing a forbidden reality that we must desperately push away with delusional jewish snow jobs until the final collapse. Mathematics is already on the block for its extreme "racism," including, but not limited to, the idea of a so-called "correct" answer and having to show your work. The medical field is not exactly doing well these days either, with the sky falling and the need to prioritize infantile fears in service of globalist evil over actual data. Still, if I was going to bet a crisp new "Tubman," I would say evolutionary theory, so fraught with "problematic" ideas, is going to be the first to get the semitic axe. We all know that everyone is equal (Whites evil, jews chosen) so all the massive evidence to the contrary needs to go, to say nothing of the evil dead White males behind this horrible affront to our state religion of afromania, the anus and the holy merchant with the amazing bargains for you, the cattle.

According to a University of Sheffield teaching and research handbook, theory of evolution mastermind Charles Darwin “held racist views” because his science was used to “justify white male superiority.”

You could also say he believed what every sane White person in that era did, prior to the disastrous jewish century. Who would have thought a historical figure wouldn't subscribe to 2021 psychosis? Mainstream cultural marxism from five years ago is now "hate," but I'm sure the madness of our late imperial decline and fall can be found in Nineteenth Century thinkers.

The Telegraph reports Darwin is one of 11 scientists in the so-called “decolonization” guide (titled “Applying a Decolonial Framework to Teaching and Research in Ecology and Evolution”) whose views allegedly “influenced the type of research they carried out and how they interpreted their data.”

You student loan pound of flesh debt can't be removed by bankruptcy, so don't get any crazy ideas, goyim. 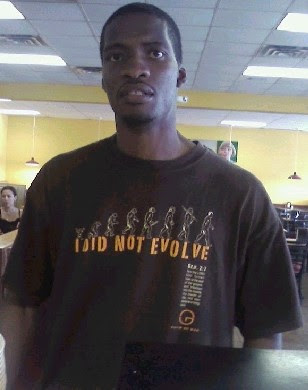 Darwin believed his “renowned theory of natural selection justified the view that the white race was superior to others, and used his theory of sexual selection to justify why women were clearly inferior to men,” according to the Sheffield guide.

Clearly this 60 I.Q. Liberian negro is your equal and we all know women, or "birthing machines" as they're now called to not offend mentally ill degenerates, have the same thought processes and upper body strength as "can not give birth machines."

The handbook tells readers Darwin must be “historically caveated” when professors discuss evolution.

The basic reality you're about to hear may be upsetting.

Other scientists in the guide include DNA discoverer James Watson and Carl Linnaeus, a Swedish botanist.

We're not letting that vile "racist" off the hook, don't worry. The giants of human knowledge, placed under judgement by deranged mediocrities. Welcome to the last days of our national carcass.

Historians say the Sheffield handbook is “unhistorical, misleading” and “authoritarian.” In Darwin’s case, he was fervently opposed to slavery saying the practice “made his blood boil” and that its abolition was a “sacred cause.”

He opposed the jewish "bargain of a lifetime" sent to our shores in kosher chains. Cool it with the anti-semitism, Charlie!

“Almost everyone in Darwin’s day was ‘racist’ in 21st century terms, not only scientists and naturalists but even anti-slavery campaigners and abolitionists,” said Professor James Moore, a Darwin biographer. “What set his ‘racism’ apart – and makes him more like us today – was his profound conviction that all the human races are ‘family’, sisters and brothers.

Believing total and complete nonsense was almost unknown back then, but trust me, Darwin was the closest thing to a debased cuck this era was capable of producing.

“Darwin’s wokeness was most obvious in his maintaining the full common humanity and unity of the races in the face of a rising anthropology that insisted the races were in fact separately originated and unrelated species, thus offering justification of atrocities that Darwin is now blamed for.”

We now know he was completely wrong about this, but give the man some "woke" points for believing ridiculous drivel.

A spokesman said Sheffield is “not removing key historical figures from [the] curriculum, but […] adding those who have also made significant contributions to the fields of maths, science and engineering that are not currently represented.”

Nothing is getting removed, trust me.  For some reason, I don't. 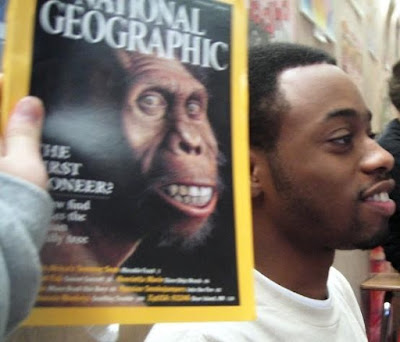