In Service of an Idea

Our globalist kosher economic zone is an idea. It has nothing to do with ensuring a future for our posterity and everything to do with importing the worst available brown aliens. Democracy, defined as highly corrupt racial headcounts, is the best system and it should be spread around the world by violence. Israel is our greatest ally and you should be honored to die defending this highly legitimate nation. This is pretty compelling stuff, but there are a few dissidents, if you can even imagine it. If you won't listen to me, maybe you'll be convinced by our ruling semitic junta and the senile criminal acting as its figurehead. C'mon man, it's time to start believing sickening inanities.

President Joe Biden, observing his first Memorial Day as commander-in-chief, delivered remarks Monday at Arlington National Cemetery, painting democracy as the "soul of America" and one that "worth fighting for ... worth dying for."

I'd rather die for a pile of horse shit. At least that has some value, as fertilizer, unlike a leprous anti-White mongrel sewer shaped like a country. Imagine actually swallowing this drivel. The sooner we reach the "acceptance" stage of the death of America, the better.

"Democracy itself is at peril, here at home and around the world,” Biden warned in an emphatic and emotional address, speaking to military families at Arlington National Cemetery’s Memorial Amphitheater.

What is democracy? As far as I can tell, it seems to revolve around sodomy, negro worship and young White men dying for the jew.

"How we honor the memory of the fallen will determine whether or not democracy will long endure."

I takes the mind of a sociopath to say this with a straight face after last year's election.

"For those who mourn a loved one today, Jill and I have some idea how you're feeling. Our losses are not the same, but that black hole you feel in your chest as if it's gonna suck you into it, we get," Biden said, noting that Sunday marked the sixth anniversary of his son Beau's death.

"I know the incredible pride you felt seeing your loved one wear the uniform of our country and the pride they felt wearing it."

Yup, that's my boy, fighting for global jewish hegemony and the right to put building materials into your anus.

On Friday in Hampton, Virginia, Biden shared details about Beau, who deployed to Iraq in 2008 with the Delaware National Guard. He died at the age of 46 from cancer.

"Our son did not die in Iraq, but he came back -- went as an incredibly healthy young man and came back with a severe brain tumor because his [living quarters] was just downwind from those burn pits -- I don’t know if that’s the reason. But he came home. It was just a matter of how long he lived," Biden said in an address to troops.

It's all about you on national "they died for nothing" day. Looks like you've been hanging out with the Kenyan queer a little too much. Please, share your uh-maze-in story about the deadly burn pits (Just like in the holohoax!). It's a tragedy, not unlike the brave troops defending the capital occupation zone from absolutely nothing who had to eat poison food.

His speech Monday focused on the ultimate sacrifice -- U.S. service members dying for their country -- and what he said President Lincoln called "the last full measure of devotion."

"They did not only die at Gettysburg or in Flanders Field or on the beaches of Normandy, but in the mountains of Afghanistan, the deserts of Iraq, in the last 20 years," Biden said.

Our proud tradition of embracing hateful death in service of the worst possible causes.

"Hundreds of graves here from recent conflicts. Hundreds of patriots gave their all, each of them leaving behind a family who live with their pain and their absence every single day. I want to assure each of those families we will never forget what you gave to our country," he said.

He said he carries a piece of paper in his jacket pocket with the number of troops killed in Afghanistan and Iraq.

He probably needs to carry a piece of paper around with his own name written on it.

He went on, "Our freedom and the freedom of innumerable others has been secured by young men and women who answered the call history and gave everything in service of an idea."

We're serving an idea! There was a time in living memory when bleating out this kind of repellent kosher nonsense would probably earn at least a beating, if not a noose around your scrawny neck.

The president underscored throughout his speech what American troops have fought for and are still fighting for -- democracy -- or, as he called it, "the soul of America."

"Democracy must be defended at all costs for democracy makes all this possible," Biden said. "Democracy. That's the soul of America. And I believe it's a soul worth fighting for. And so do you, a soul worth dying for."

A system that believes a 60 I.Q. African criminal who breaks the plane of an open border is now your equal and probably your better is certainly worth an ocean of gentile blood. 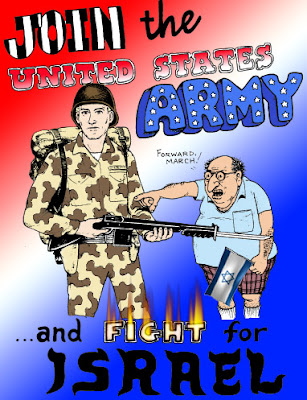