We need new icons for our state religion of kosher afromania. Yes, we got a lot more use out of the ugly simian features of a dead negro criminal than any sane person would have thought possible, but there comes a point where we've been completely saturated with images of this worthless alien scumbag and need something new. The main problem is depicting the negro in anything resembling the actual reality of this failed race is going to be "problematic," but a new idol dedicated to our worship of the brown burden seems to offer some promise. Bow down to moloch as imagined by a 60 I.Q. bushman. This is your new g*d, goyim.

The outrage is actually, believe it or not, from the cultural marxists who are upset that this vile eyesore presents the grotesque idiocy of a failed race instead of being some comically idealized "we wuz kangz" drivel. Meanwhile, Legacy America must pretend this latest crime against aesthetics is actually very appealing, since we want to keep our jobs and freedom. This is a great wanga on our dead globalist bodega.

The monumental bronze sculpture that is standing 25 feet tall and weighing in at over 15,000 pounds was designed by a Harlem-based artist, Sanford Biggers.

No, it's not a prop from an old Tarzan movie. This repulsive creation was truly the product of a primitive mind full of genetic material not found in any other race.

The statue named ‘Oracle’ is the latest in the Biggers’s “Chimera” sculpture series, which merges African masks and European figures.

The seated body is inspired by the ancient Temple of Zeus, while the head is based on masks and other sculptures from various African cultures, including Luba art and the Maasai religion.

Imagine the bowel movement of a giant demon and you're not far off. This hideous evil represents our bright future. There is no fuel shortage, gentiles. Everything is fine. This is not a much darker version of "Mad Max."

On the Oracle throne, there is the image of a lotus blossom, a recurring motif in the artist’s work where each of the petals is actually the cross-section of a slave ship.

Artnet News reports that in the coming weeks, Oracle will also begin to live up to its name with the launch of an interactive component allowing viewers to consult the sculpture about their future after activating a QR code.

What is the future, repugnant tribal totem? "Your cowardice, selfishness and delusion has doomed your progeny." Okay, fine, but what about our Great Ally Israel? I am the wisest because I know nothing.

Through June 29, the sculpture will be voiced by “various celebrities,” according to Biggers, although he declined to name names.

Wow. "Celebrities." This is so exciting.

“They’ll respond as an oracle would,” Biggers said, “in mysterious, poetic vagaries which will hopefully be, if not helpful, at least mystifying.” 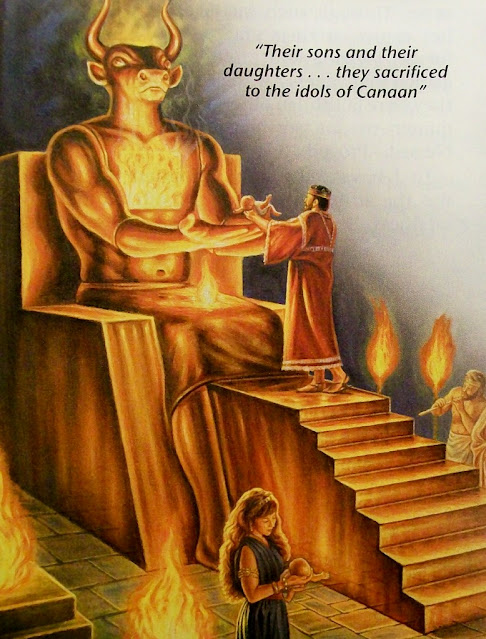